A universal basic income would enable many people to develop their ideas because they don’t need to fear immediate financial ruin as well as reward those in civic participation – boosting the country in a long run, Florian Marcus, a political scientist, writes.

What the future of Estonia holds is, to a large extent, up to the people who live in it: to the thinkers and doers, to the artists, nurses, bankers, construction workers and, yes, also the politicians. This last group of people has to worry about issues before other people do, this group has to anticipate them and try to find a custom-made solution to a riddle that no one has ever solved before. What is this riddle? The combination of automatisation and digitalisation.

Estonia is full of thoughtful visionaries, IT specialists and start-up founders who dare to think globally. The Estonian government has found innovative ways to digitalise almost all government services, while the private sector supplies an app for more services and topics than one can imagine.

Yet it also seems to be a country that doesn’t really appear to ponder the following question: If we automate more and more things and thus squeeze a growing number of people out of employment, how do we maintain social cohesion and the peace of the nation? As a foreigner, it bewilders me to see that a nation, in which parcel robots drive autonomously through the city to deliver their goods and self-service tills replace human cashiers even in the countryside, hasn’t thought this through.

“If we automate more and more things and thus squeeze a growing number of people out of employment, how do we maintain social cohesion and the peace of the nation?”

There are, of course, many sides to this problem and many facets to a potential solution for it. A main component of any solution, however, has to be a universal basic income. We are not talking about a massive amount of money, but rather an amount that ensures existence, unconditionally, for everyone. Why do we need it? I see it as a tool to shape the transition into the age of near-complete automation through mechanical muscle and artificial intelligence.

AI is already pushing people out of employment

In the United States, the transportation industry employs around three million people, and with the advent of self-driving cars which are cheaper, more reliable, less accident-prone and faster, these jobs will be gone. And let’s be clear: self-driving cars do not need to be developed anymore. They exist, and they work. All they’re waiting for is the legislation to allow them to do their job.

The creation of the e-governance system has streamlined the government, made its budget use more efficient and directly led to the unemployment of hundreds of people. Those who oppose the universal basic income will point out that most of those people have found new, potentially even better jobs and that’s true. But I want to be clear here: We’re at the very start of the transition to an automated, digitised, AI-led society. 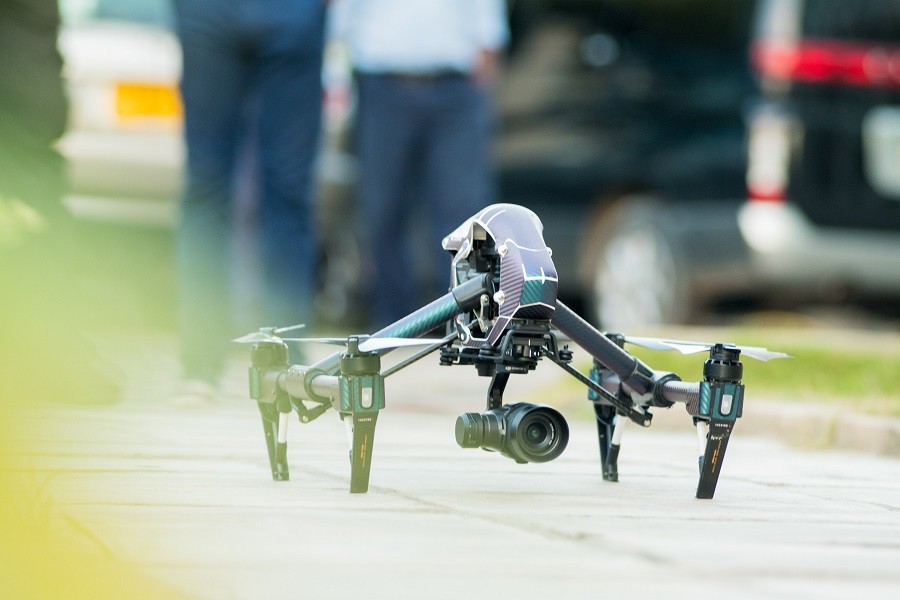 This is precisely why I believe that right now is the perfect time for the universal basic income. At this time, we can still soften the fall of those people who are pushed out because of the digitalisation. We can give them the financial support to make sure they can develop new, more useful skills.

Some of those people will have bright ideas that could be turned into a startup but end up discarding them because they are afraid of the financial risks involved. Of course, there are many start-up ideas that will never succeed. But saying that we should only support those ideas that seem reasonably at first sight would be like only allowing those six-year-olds who can already cite Shakespeare to go to school.

“Some of those people will have bright ideas that could be turned into a startup but end up discarding them because they are afraid of the financial risks involved.”

Some people are late-bloomers, some are early-bloomers – and it is the same with ideas and thoughts. The Estonian president, Kersti Kaljulaid, has rightly pointed out that Estonia’s main resource is its brain power. It would be disheartening to see Estonia throw some if it away.

Of course, there are plenty of people who are against any kind of universal basic income. Their arguments often boil down to this: “If we give people free money, they will not work.” To those people who truly believe this: I would invite you to create a petition to stop all unemployment money support in Estonia because it is practically the same thing.

Sceptics of the universal basic income are only 90% wrong, though. Yes, there are people who will take the benefits, refuse to work and feel entitled to their lifestyle. In 2017, Estonia had an unemployment rate of 5.8% and the numbers from 2015 indicate that around half of all unemployed people remain unemployed for more than 12 months. These people will always exist, be it with unemployment benefits or a universal basic income.

Many people love their work and half of all unemployed people like work and the salary that comes with it enough to get back into employment. After all, work gives people meaning, it can feel very rewarding and it helps many of us develop and improve ourselves. But for those people, very little will change.

The universal basic income rewards the people who care the most

Rather, the universal basic income will enable students and young thinkers to develop their ideas because they don’t need to fear immediate financial ruin. It will also enable and reward those people, who do voluntary services – it will acknowledge the people who help their elderly family members, support a valuable NGO or organise clean-ups with the likes of “Teeme Ära!” (Let’s Do It World!).

“The universal basic income will enable students and young thinkers to develop their ideas because they don’t need to fear immediate financial ruin. It will also enable and reward those people, who do voluntary service.”

It is a myth that only the state provides welfare for its citizens: smaller groups like families, shared interest communities and neighbourhoods are an important factor that have to be recognised – also financially.

A universal basic income is an ethically, philosophically, economically and politically reasonable project. In my opinion, Estonia has developed more quickly than its Baltic sisters and is more digitally advanced than economic powerhouses like the US and Germany because of its willingness and ability to think big. But one Tiger’s Leap doesn’t make a tiger.

Florian Marcus is a political scientist working in the area of cyber security. He is particularly interested in the fields of e-governance, security and international relations. He is an avid language learner and reader, and greatly enjoys the digital conveniences only Estonia can provide.