Marcus Kolga, an Estonian-Canadian filmmaker and journalist, writes that in the light of the far-right Estonian Conservative People’s Party’s inclusion into the governing coalition, the world is watching and wondering – what happened to Estonia?

Last week, newspapers around the world were filled with headlines that negatively reflected a growing stream of problematic statements and actions that have emerged in the wake of the recent morbid political marriage between Estonia’s populist Centre Party and the far-right Estonian Conservative People’s Party (EKRE).

In stark contrast to the positive brand that Estonians, and the world, have become accustomed to since the early 2000s, the reflection we see in the international mirror today is far from flattering. The transformation has been swift and ugly. The international media that heralded Estonia’s tough anti-corruption policies, e-governance and cyber security leadership are now certain to ask, “what happened to Estonia?”

As is frequently the case when the Estonian government makes decisions that are negatively reported in the international media, the habit of ruling political party activists is to blame those who have publicly criticised them on the international stage.

Such was the case when the Centre Party seized power from Reform in 2016. I was asked to comment in the New York Times, where I mentioned that the Centre Party maintains an agreement with Putin’s United Russia party, and that because of that, Putin may have been pleased with the new Centre Party led coalition. Instead of taking responsibility for it, or tearing up the agreement, members of the coalition attacked the messenger, criticising me for raising a very well-known, public fact in the US media.

Governments are always under scrutiny

It is worth nothing that Edgar Savisaar’s (the former leader of the Centre Party – editor) agreement with United Russia was also brought up by the Canadian media when prime minister Jüri Ratas was in Ottawa June 2018. Standing red-faced and flustered beside Canada’s prime minister, there was no scapegoat nearby at whom to point the finger at on that lonely podium in Ottawa. It was a deeply embarrassing moment, one that was of the prime minister’s, and his party’s own short-sighted making.

What Jüri Ratas didn’t understand then nor does the present government, is that once, you’ve been asked to join the “club”, like NATO, in the EU, the OECD, etc, governments are always under scrutiny. Estonia is now a part of alliances and organisations whose members care about their memberships. That’s why it was so hard to join them in the first place. 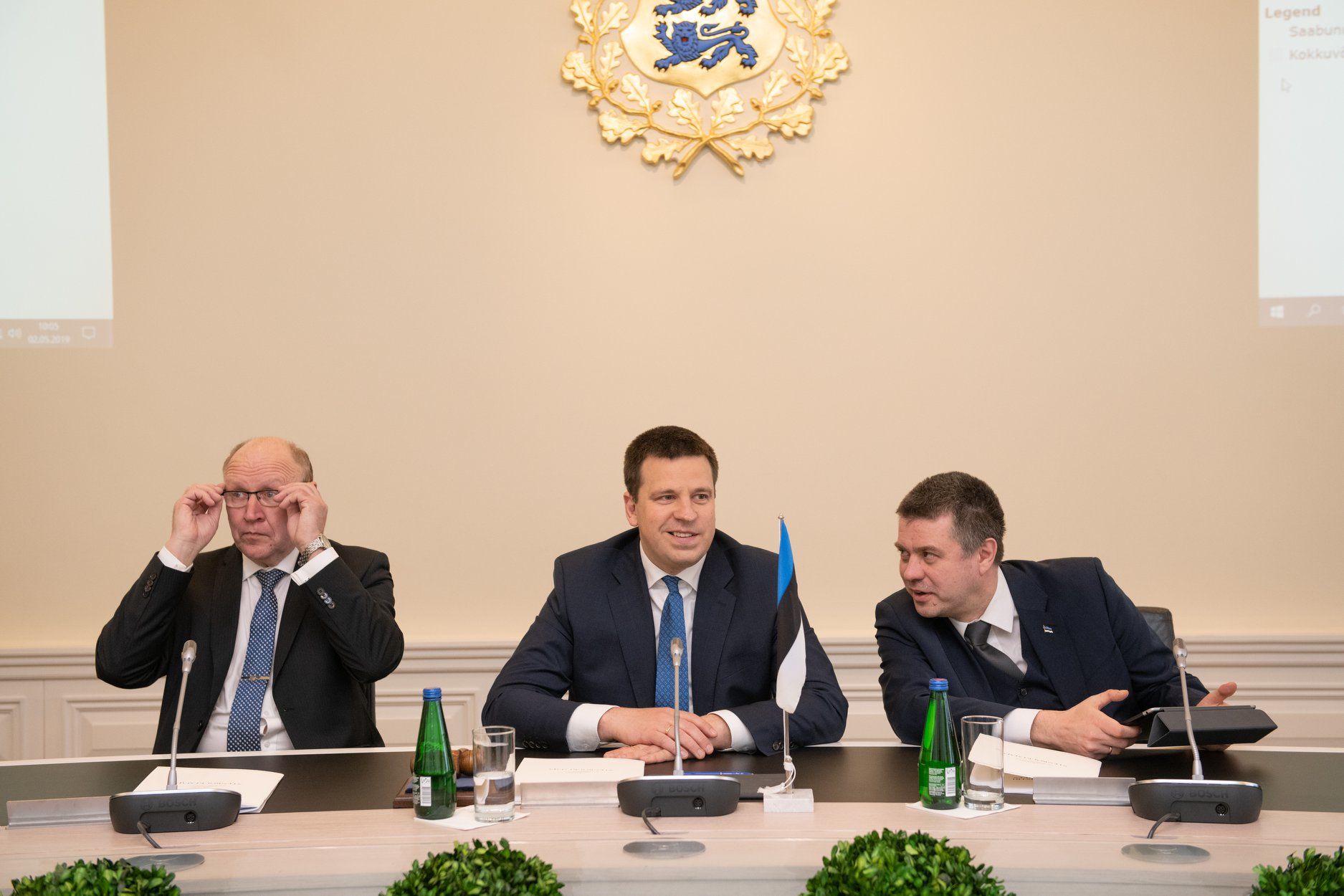 Over the past weeks, multiple dark revelations and shockingly inappropriate statements by the Centre Party’s coalition partner, have been criticised by Estonians both at home and abroad for being racist, anti-Semitic and sexist. The world media has reacted, predictably, with negative, embarrassing headlines that have set Estonia’s otherwise good reputation on a steep downwards trajectory.

Instead of taking responsibility for the growing international public relations nightmare, blame is being heaped on those who have publicly criticised the ongoing stream of poor decisions and statements. The responsibility for this emerging crisis falls again, on one person, prime minister Ratas, who has seemingly gambled with Estonia’s domestic political decorum and international reputation in order to remain in office.

There is no hiding the vulgarities and foul statements that taint this new coalition and no rug big enough under which to sweep and hide EKRE’s xenophobic outbursts and sexist statements.

The world is watching. They are scratching their heads and wonder what has happened to Estonia.

Estonians must accept the reality, that our western allies, upon who our national security is dependent, are not entirely comfortable with the fact that the senior partner in the ruling coalition refuses to tear up its agreement with the leader of the aggressive eastern neighbour from whom our allies are to protect us from.

It has not gone unnoticed internationally that the coalition’s minister of rural affairs, Mart Järvik, has suggested, along with new parliamentarian and avowed white supremacist Ruuben Kaalep, that internationally well-respected Estonian leaders, Toomas Hendrik Ilves, Jüri Luik, and Siim Kallas are “secret Jews”. 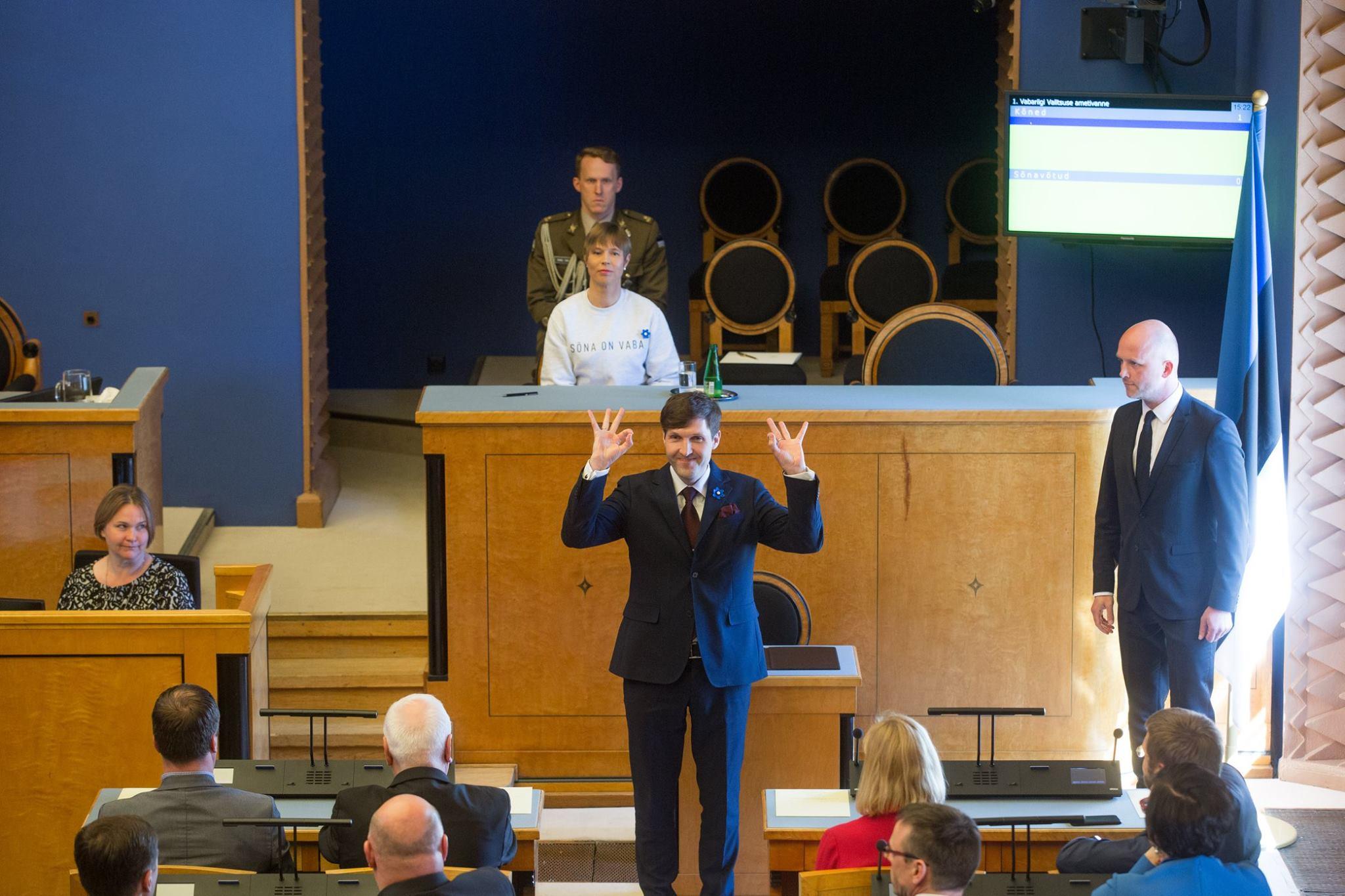 Martin Helme’s (EKRE’s deputy leader and the new finance minister – editor) appeal for a “white Estonia,” and his slogan, “If they’re black, send them back” (Kui on must, näita ust) is deeply offensive in Western societies, even conservatives.

Politics of anger and fear

Bogeymen and scapegoats are a natural requirement for EKRE’s emotion-driven politics of anger and fear. It should come as no surprise, that when faced with failure – as they are on the international stage – the finger is being pointed at an external cause, something generally associated with Soviet and Russian behaviour. This is, after all, the secret of their success: it’s always someone else’s fault. Let’s be honest, EKRE would be without any support at all if there weren’t any blacks, Jews, refugees, gays, globalists, or the EU to blame for all of Estonia’s problems – even if they have to make them up.

On a mildly positive note, the prime minister, last Friday, told reporters that his priority was to settle down the overheating political environment, without naming any of them specifically.

However, the only way to truly reverse the damage to Estonia’s international reputation over the past weeks, may be to reconsider the coalition’s partners. If the prime minister is unwilling, or unable to do this, the responsibility would fall to Isamaa, whose own legacy is also directly threatened by this crisis. We can only assume that EKRE will maintain its destructive course. Who then, among the coalition partners, will do the right thing for Estonia?

The opinions in this article are those of the author. The article was first published in upnorth.eu. Cover: Ruuben Kaalep, EKRE’s MP, and Marine Le Pen, the leader of the National Rally party in France, performing the OK or ring gesture together in Tallinn, during Le Pen’s visit to Estonia (Facebook). Recently, the gesture has been associated with signalling support for white supremacist ideology.

Marcus Kolga is the current president of the Estonian Central Council in Canada. He is a documentary filmmaker, writer, foreign policy and disinformation analyst. His parents were refugees from Puise in Läänemaa and Emmaste in Hiiumaa.