It is bitterly ironic that the Russian Federation, a country whose courts have just imprisoned several young women under the guise of protecting a religious institution and religious sensibilities, is a vastly more robust supporter of secularism in the Middle East than is Estonia.

Less than two weeks ago, Urmas Paet (Estonian foreign minister) called for the international community to work towards easing Syria into a ‘transitional government’ which is of course a rather cryptic way of saying ‘regime change’.

I do not doubt Paet’s sincerity in wanting violence in Syria, particularly violence against unarmed and uninvolved civilians to end, but I must truly question his judgment if he thinks that regime change will either end specific acts of violence, or the culture of violence that has fomented in Syria in the second half of 2012. In a recent interview with RT, Bashar al-Assad stated that Syria was “…the last stronghold of secularism and stability in the region”. This statement is deeply important. Indeed, prior to the 2003 invasion of Iraq by the US led coalition, the Middle East and wider Arab world had either fully or moderatly secular governments in Iraq, Egypt, Libya and Tunisia. All of these governments are now either formally or effectively controlled by people that would be considered religious extremists in any European society. 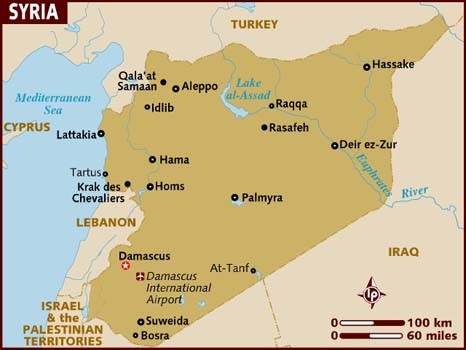 Syria is in this sense is the last bastion of secularism in a region that has been no stranger to religious warfare. Does Urmas Paet, who represents the world’s most secular country on the world’s stage, really believe that the world would be a better and safer place if yet another secular government was to be led by any member of the many religiously fanatical opposition armies currently shedding blood in Syria? Would he really trade a president who allows women to participate in civic affairs, who protects religious minorities, and who himself is from a religious minority, for the opposition fighters who have been condemned by both Human Rights Watch and Amnesty International, as war criminals?

The fact of the matter is that whilst the Middle East’s impact on Estonia is thankfully very little, the world would be safer for Estonia and certainly for Estonians abroad, if Syria remained a secular country, rather than one controlled by elements of the Muslim Brotherhood who are very much waiting in the wings, let alone the al-Qaeda style extremists who are already ravaging parts of Syria.

The region has been made unstable enough due to Turkey’s own supine religious revolution which has seen Recep Erdoğan abolish crucial elements of Turkey’s modern ultra-secular constitution by stealth. Turkey, once a bastion of secularism, progress and modernity in the region, is now being led by a Prime Minister who is labelled a mad Caliph not just by the President of Syria but by members of Turkey’s Kemalist opposition party, the CHP as well as the majority of all Kemalist newspapers and websites around Turkey and the wider world.

I do not imagine for one moment that many Estonians would be happy living under the Ba’athist regime of al-Assad, but Estonia like all countries must accept the world for what it is rather than what they think it ought to be.

A regime change in Syria would not result in easily accessed Wifi throughout the country, a flat income tax and fully digitised public services. It would instead result in a secular country governed imperfectly as it is, being transformed into a place where progress would be retarded by the forces of religious extremism, sectarian repression, sexism and ultra-censorship. If Sergei Lavrov understands this, why can’t Urmas Paet?

The opinions in this article are those of the author. Photos courtesy of Wikimedia Commons

2 thoughts on “Adam Garrie: Why a secular Syria is good for Estonia”