On the Republican side, they are dropping out of the race one after another, but those left in it are clashing mercilessly one against the other. Importantly to the Baltics, none of the bunch has so far mentioned the Baltic region. Which of the US presidential candidates, when they finally make it to the White House, would make the best president for it? The sneaky and hawkish Hillary Clinton or the defiant Bernie Sanders? The devout Christian Ted Cruz or the moderate John Kasich? Or maybe the sharp-tongued, outlandish NYC business tycoon Donald Trump?

Marius Laurinavicius, a Baltic-American Freedom Foundation (BAFF) security research scholar, currently in residence at the US think-tank the Center for European Policy Analysis (CEPA), has a distinctive take on the issue.

“When thinking which of the presidential hopefuls-turned-a-new-president-of-the-United-States-of-America, would suit the Baltics’ interests best, two aspects should be considered. First, from the standpoints of the vision on global processes, especially those taking place in Eastern Europe, Marco Rubio seemed to me until the dropout  as  the most favourable,” Laurinavicius said, adding, “But the other equally important aspect concerns the incumbent Baltic leaders’ personal contact with a potential new US president. From that point of view, Lithuania, for example, maintains the best contact with Hillary Clinton.”

The expert says none of the presidential candidates have so far weighed in on the current defense issues facing Eastern Europe and the Baltics.

“Even the question of Russia in its role as the United States’ most imminent threat has been raised very little during the campaign,” says the scholar.

When asked about the eccentric real estate mogul Donald Trump’s recent flirtatious references to the Russian leader, Vladimir Putin, Laurinavicius cautions that, with Trump as US president, he will view the political arena as a comer from a big business.

“The example could be Italy’s Silvio Berlusconi. We remember how Putin was able to hit it off right away with him and get him on his side politically. I would be mostly concerned about that,” he emphasised.

Would Trump be the most inexperienced US president?

In his words, Donald Trump would be the most inexperienced US president that the United States has ever had.

“Putin would undoubtedly use this inexperience,” Laurinavicius is convinced. “Many US experts on foreign politics have said they will neither work with Trump or for Trump, so gathering together a capable team of foreign advisors might be a problem for him.”

The expert forecasts that Trump, despite his incredible rise, will not claim the Republican Party’s nomination.

“Although his support is at its highest right now, we should pay attention to the fact that around 50% or even 60% of voters say they would never vote for Trump. That might be very important at the end of the race,” believes Laurinavicius.

And if Trump manages to snatch the nomination, it will be a result of the bitter in-fighting within the Republican Party, the expert is convinced.

“To derail Trump, the Republicans needed to unite in that effort as soon as possible. Now it might be too late,” warns Laurinavicius.

Candidates’ take on Ukraine is a litmus test

Meanwhile, Olevs Nikers, an Estonian-born Baltic defence security expert and international affairs Fulbright Scholar at the Bush School of Government and Public Service Texas A&M University, underlines, too, that “not a single candidate” has talked specifically on the subject of Baltic defence.

“Many of have done so on the related issues surrounding Russia’s aggression in Ukraine. Accordingly, the Baltic States might expect a more positive outcome from the candidates, who have all expressed support for Ukraine in terms of sending weapons or advocating NATO membership and the permanent stationing of NATO troops in case of increased Russian aggression,” Nikers says.

In general, he says, the policy towards Russia in relation to its aggressive behavior is a grave concern for national security in the Baltic states, and is not a subject that the Democrats and Republicans differ much in their views. 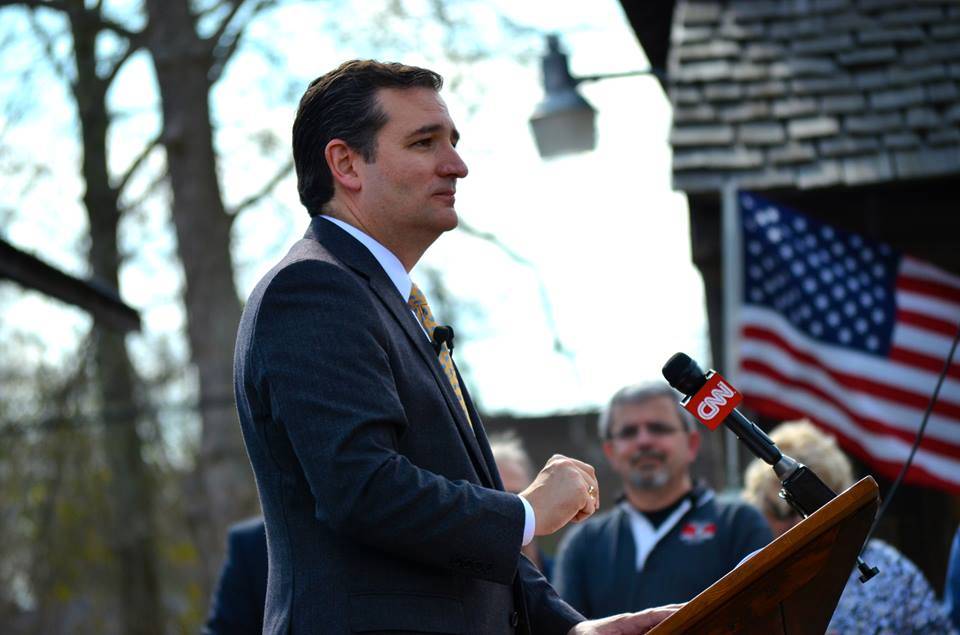 “Republican Jeb Bush has been a prime advocate of Baltic defence in the past and has stated that the US should send troops to Poland and the Baltic States. Unfortunately, Bush dropped out of the race, so did Rubio who could also be predicted,” the expert said. “Among the remaining Republican candidates, the standout is Donald Trump, who exercises the “rational actor” approach, ie opposing US involvement in the Ukrainian crisis and its aspirations for NATO membership.

Trump envisions US isolationist path in many aspects of the current US involvement, and believes that, in particular, good relations with Russia are essential to prevent Russia’s and China’s friendship which is more important to US national security interests than peace in Europe, underlines Nikers.

“From Donald Trump as US president, if elected, Baltics may not expect decisions which in his view could be ‘confrontational’ with Russia, and substantial strengthening of the NATO forces along the borders with Russia is one of the options, to which Trump can say ‘No!’. He might also reduce US military presence in Europe, what is not good news for the Baltics,” the analyst predicts. 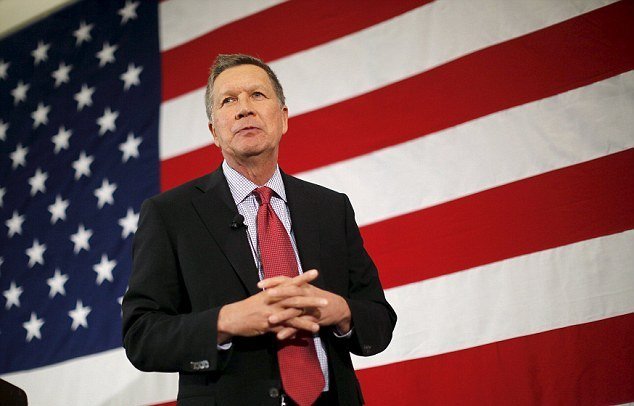 In contrary, another two Republican candidates – Ted Cruz and John Kasich – could be good supporters of the Baltic defences as they advocate sending arms to Ukraine, argues Nikers.

From two primary Democratic candidates, he says, Hillary Clinton would better reflect and support Baltic states’ security concerns because of the “hawkish” attitude towards Russia with regard to its aggression.

“In contrary to Bernie Sanders, Hillary Clinton has proposed greater financial and military assistance to Ukraine and acknowledged the dangerous nature of Putin’s Russia’s regime for Eastern European region as a whole. From Hillary Clinton, the Baltics can expect not only the continuation of the present Obama’s policy towards Russia and Europe, but also more strict steps in building credible deterrence against Russia along the NATO eastern flank. Clinton might also greenlight building a ‘Coalition of Will’ in case if NATO hesitates to adequate and quick response in case of Russia’s aggression towards Baltics,” Nikers emphasises. 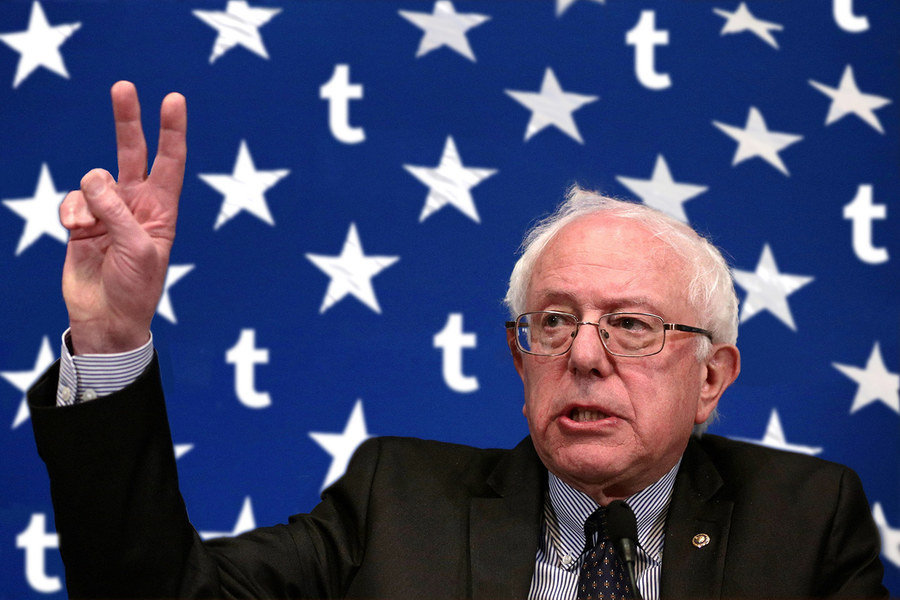 According to him, Sanders was not sure whether or not to send lethal weapons to Ukraine in its war against Russian separatists and stressed that force should be a last resort in the conflict in Ukraine.

Trump’s nomination would bring uncertainty but not necessarily mess

Laurynas Kasciunas, head of the political analysis and research division at the Eastern Europe Studies Center in Vilnius, just a month ago believed that Marco Rubio would suit the interests of the Baltics best.

“He was the only GOP candidate who has said that among his priorities would be the strengthening of defence systems in the Baltics. He has also said that he favours the deployment of permanent NATO bases in the Baltic region,” Kasciunas says. 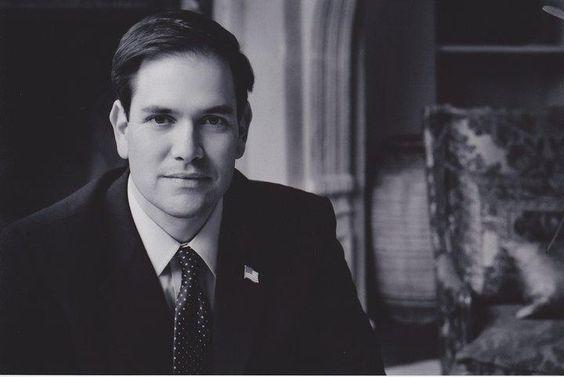 “Like Jeb Bush, another drop-out of the race, Rubio employed a team of brilliant and educated advisors who are well acquainted with the history of the Baltics and who also understand the peculiarities and complexities of Russian politics,” Kasciunas points out. “The biggest problem Rubio had was that he gave in to the play that Trump had suggested: spicing up his rhetoric with that more intrinsic to Trump and failing to bring up new, catchy ideas for the electorate.”

An election win by the eccentric NYC business tycoon Donald Trump would spell a lot of uncertainties for the Baltic region, he believes.

“He does not have a clear take on many issues of foreign policy and is repeating like a mantra the same meaningless words over and over again. There is a high probability that Trump would cast doubt on the US engagement in many international defense organisations in the form it is now. This does not look good to me. Trump has already spoken fondly of the Russian president and, if elected, this rhetoric might get even friendlier,” Kasciunas believes.

On the other hand,  if elected president, Trump will be surrounded by a “horde” of smart advisors and will be inevitably forced to change the rhetoric.

“The environment he will found himself in and the responsibility he will be burdened with will discipline him, so I’d disagree that his victory in the election spells only bad for the country and the world,” Kasciunas adds.

Trump can go till the end

Although most analysts have praised Clinton, Kestutis Girnius, a US-born political analyst, frowns at the former US Secretary of State, calling her “an unsuitable candidate” who has been “very weak” in her position.

“She was trying to shun any major storms as Secretary of State. She has not tried to build a bridge between the Israelis and Palestinians. Let’s say it frankly: her entire political career has been hinged on her husband (Bill Clinton, former US president). If she were not the wife of Bill Clinton, she would still only be a very talented and successful lawyer, that’s all,” Girnius says. 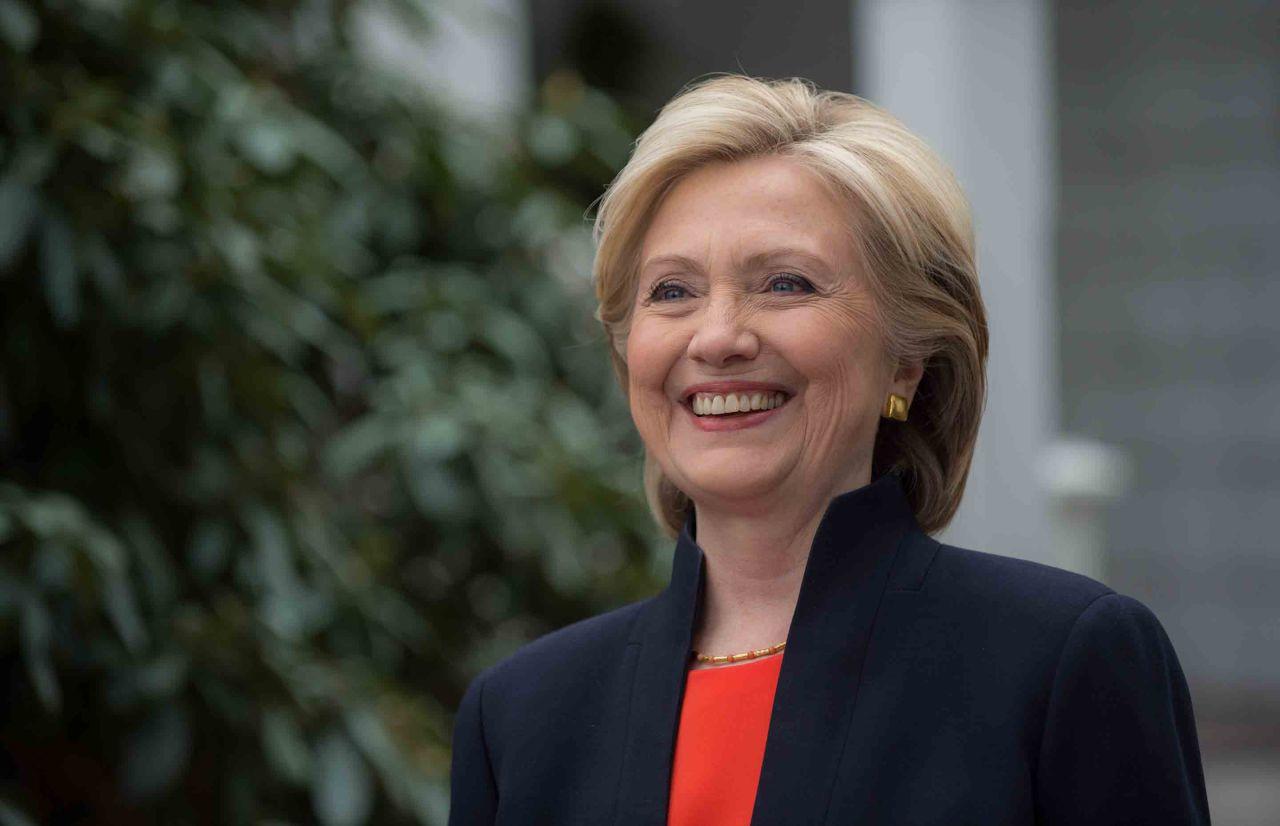 Because of her “hawkish” approach towards Russia, she would most likely step up the rhetoric against the country when in the Oval Office.

“This would work well for the Baltics, especially Lithuania,” the analyst underlines. “She is kind of a bellicose person. Hillary Clinton supported the war in Iraq and wanted US intervention in Libya.”

Viewing the Republican candidates, Girnius finds it difficult to single out any.

“None of them is a strong expert on foreign politics. In fact, all of them have very limited experience in foreign politics. Not surprisingly, all the Republican presidential hopefuls are focusing on domestic issues,” the expert points out.

Asked to comment on Trump’s chances, Girnius insists that Trump has propped up his chances with the wins in the latest GOP primaries.

“If he fails to amass the necessary amount of votes before the Republican convention in the summer, I believe the party establishment will try to derail him in the event. But the move can split the party, as many of the Republicans will be standing by Trump no matter what. The other GOP candidate, Ted Cruz, has also very little affinity with the Republican Party leadership and significant part of the grassroots. So there is still much unpredictability with the GOP nomination,” Girnius says. 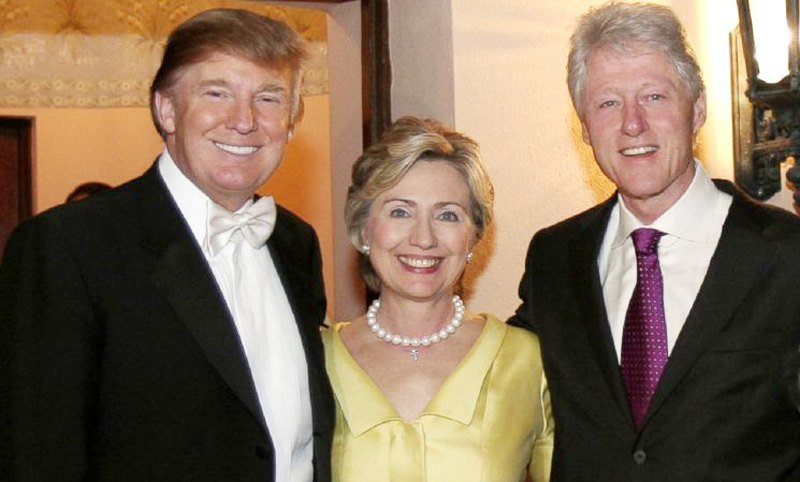 And if it comes to the duel between Hillary Clinton and the NYC real estate tycoon, Trump, the Democrats cannot rejoice.

“Part of the Democrat Party supporters are not happy at all with the prospect of Hillary Clinton winning the nomination. Trump has proved in the primaries his ability to mobilise those who usually do not vote in the presidential election. If he manages to do that when it will matter most, the outcome is really unpredictable,” Girnius predicts.

He also says Trump is to the United States as Le Pen is to France.

Linas Jegelevicius studied journalism at Vilnius University. He has written for the Lithuanian Tribune, the Baltic Times, and currently works as an editor for the regional newspaper Palangos Tiltas in Lithuania.

1 thought on “US election: Trump, Cruz, Clinton, Sanders – who would suit the Baltics best?”