U.S. Secretary of State Dean Acheson once said that having lost an empire, Britain is looking for a role. Today, something similar could be said about the United States. Having shed its briefly held status as the world’s single “hyperpower,” the U.S. is now looking for a role in the world. It is not alone in this endeavour: along with re-elected President Barack Obama, the entire world is searching for a role for the U.S.

For most of the last decade, it seemed the “struggle for freedom” could take on that role. By now it is clear that that struggle is effectively lost. Afghanistan and Iraq are left not free, but struggling for survival. Neither Libya, Syria nor Iran are on “freedom’s agenda.” Rather than move towards freedom, China and Russia have reversed course.

The gradual fading of Europe on the U.S.agenda is part and parcel of that dynamic. The pivot to Asia means turning away from Europe. In the three presidential debates, Europe was only mentioned once – as an example of untoward economic practices. The foreign policy debate was dominated by alliances, but not those of the 20th century. Israel took centre stage – as did Iran, through a distinctly Israeli prism. Commentators in Russia, the ancient enemy, were astounded by the almost complete disappearance of their country from the U.S. radar screen.

The U.S. campaign was littered with signs that the world is becoming more “archaic” to quote an Estonian observer (who maintained the opposite). Balance of power, regional alliances and what looks like an instinctive realism once again dominate America’s global strategy. The competition between values and interests has been settled. Values lost. This explains in an indirect fashion why Europe had no clear favourite in the duel between Obama and Romney. The EU, once one of the major global forces for unadulterated moral good — if not always its best embodiment — is fading away. But, again, a lot of this was down to the U.S. itself: the leaders of Germany, France and United Kingdom couldn’t readily decide between Obama and Romney, because ideals nor ideologies no longer offer clear guidance — while Europe’s interests grow fuzzier. 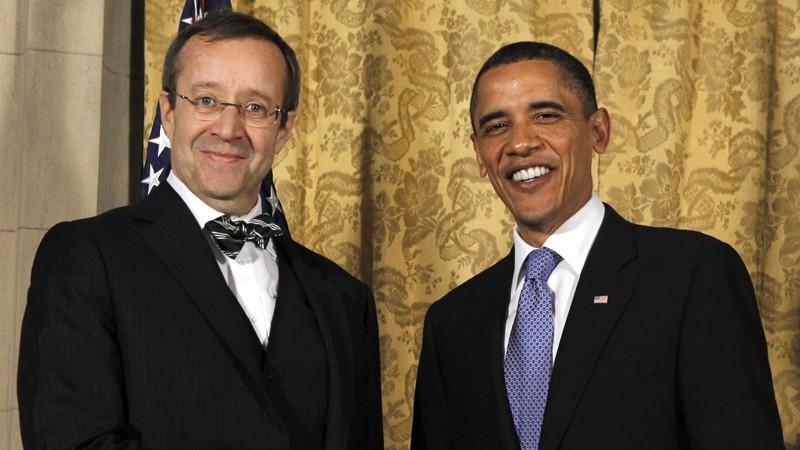 Europe has responded to the U.S. turning away a withdrawal of its own. Increasingly, countries in Europe are preoccupied by their own problems. In Estonia, this process is evident in the way that instinct instead of debate is coming to proliferate in foreign policy matters. Estonia’s main concern lies with Russia – and the Tartu Peace Treaty of 1920 is a question of everything at once. The hope that a ‘networked’ world would bring with it a new (and better) kind of global order means confusing the message with the medium. Smart phones don’t make people smart, tweets do not found alliances, near-instantaneous communication does not bring countries together.

Four (as well as eight) years ago, Estonia’s newspapers devoted virtual acres to U.S.election coverage. What have we got to show for it today? The U.S. is a world away from us. A minuscule proportion of Estonians today would be in a position to make an informed choice between Obama and Romney. In Israel, on the other hand, polls showed nearly 60 per cent preferred Romney and 20 per cent Obama. Both Estonia and Israel are small countries — but one sits next to Russia, the other is located in the Middle East. How the world changes. Four years ago, Estonia’s aligning oneself with Germany would have been seemed like a bad, anachronistic political joke.

This article was first published by Estonian newspaper Postimees.

Ahto Lobjakas is an Estonian political analyst, journalist and columnist.