I have a dream. A dream of a bright future when people are judged by their actions, their ability to understand, their compassion and wisdom. A dream of an outrageously cool Estonia that is home to me, my children and their children. In the year 2050, my kids will be in their best grown-up years – their forties. How and in what kind of an Estonia will they then be living?

Commuting daily between Tallinn and Helsinki

Kaarel Bo (48) works as a yoga teacher in a secondary school. He returned after self-searching in far-away lands as a thirty-year-old finally to Estonia, forming a family, starting to work at a school, then still in a minority as a male teacher. The secondary school employing him was among the first to support their pupils’ growing into well-balanced personalities with meditation and yoga.

The family decided to live in Tallinn despite the fact that Kaarel’s Finnish wife leads her design management company from Helsinki. Now she commutes daily with the high-speed train like about a third of Tallinn’s population of 800,000. They live in the Kopli Depot Park – one of the highest valued newly developed eco-friendly living areas in town that produces all the energy it consumes on site.

The salary levels and real estate prices are balancing out since the railway tunnel was built between the two capitals. Talsinki (a proposed name combining the names of Estonian and Finnish capitals – editor) has become the most popular region in northern Europe. Tourism, the IT-sector – both hardware and software – and environmental technologies have all benefitted from common development strategies and a single market. 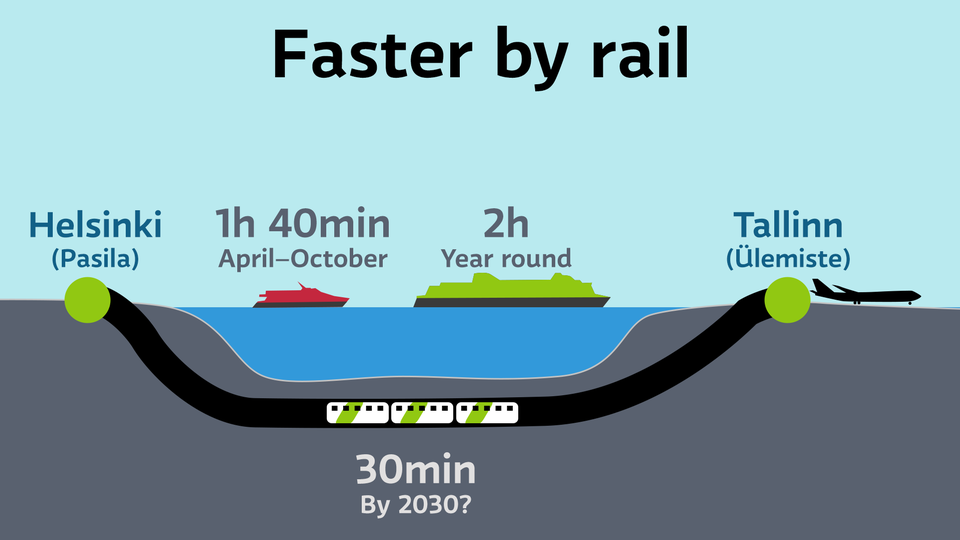 Moving around by foot or by bike

Estonia is well known in Europe for its family-friendly living environment. Being open to the new, innovative, flexible and minimising bureaucracy Estonia has succeeded to go through with necessary reforms. The most visible changes started to take place when a citizens’ society was set as a goal and a healthy relationship between the single person and the state was created. Freedom turned into real benefit for one’s life, one’s family and the community through personal responsibility and common contribution.

Herta Ing (43) has lived an intense and colourful life as a dancer. In her thirties she changed her busy London career into a calmer existence in Tallinn. She enjoys working with young people, running her own dance school. The dance school partners with the city as volunteers at a project rehabilitating children in stressful and post-traumatic conditions. Her own family is raising two adopted kids. For her, the advantages of Estonia are Tallinn’s rich culture scene combined with the city’s quality of life – the possibility to walk to work, take easy trips to the countryside to be in the nature, by the sea. She never liked driving. In Tallinn, she moves around by foot or by bike.

Biking has become the most convenient, quickest and the most comfortable way of getting around town. The changes in mobility culture Herta enjoys started to take place in the 2020s when the city introduced a new mobility plan and the cityscape was adjusted to make space for pedestrians and bikers. Longer rides are taken by self-driving cars. After a ten-year long introduction period, these now form about a third of all traffic within the country. The car as private property has become an anachronism. 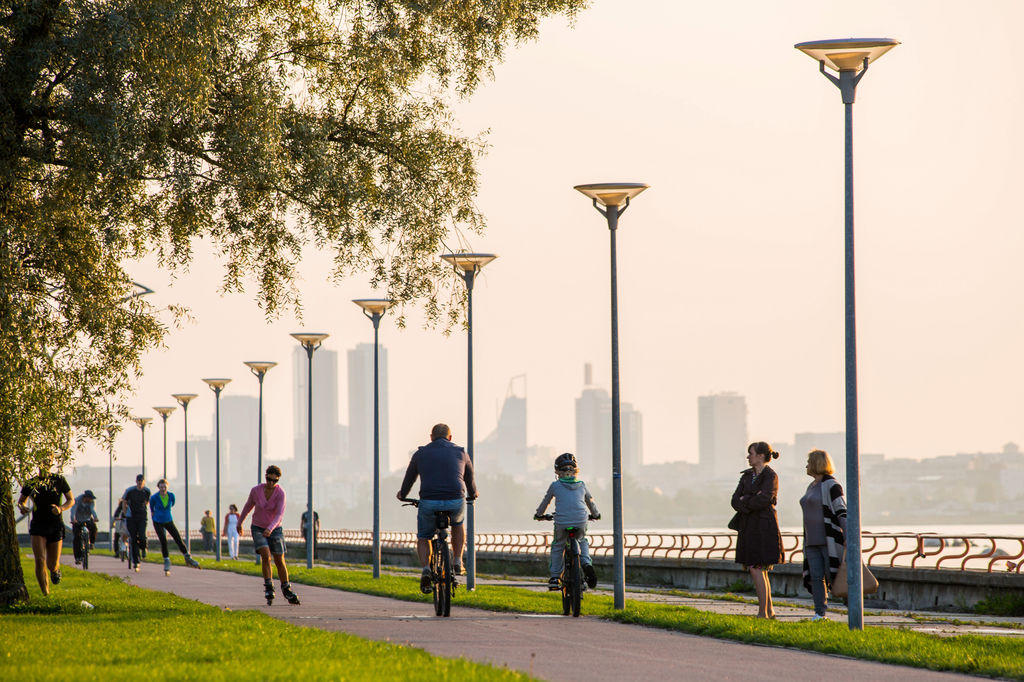 Lately, the country reached its long-expected 1.5 million citizens. The population started to grow in the end of the 2020s. The family election system (every citizen despite of age has a vote) was implemented, benefitting more sustainable long-term policy-making. Hence, several means were introduced to help families combine their domestic and work life. A deliberate effort was put into making people part of the society.

The long-planned territorial and administration reforms were carried out. When conducting public services, the attention was actually given to accessibility and the experience for the citizen intended. A programme for a new national economy was implemented that also included defining and supporting specific prioritised fields of the economy in the smaller cities.

For children with a mother tongue other than Estonian language, classes are conducted already from kindergarten; in schools, human and civic sciences and group work get a lot more attention. School education provides, firstly, a base for being a citizen, a compassionate human being and only then prepares the student for an occupational career. Individuality, creativity the ability to see the links in societal processes, asking innovative questions, entrepreneurship, initiative and responsibility are valued traits. Tallinn is among the world’s top five cities for its living quality and Estonians themselves value their happiness and well being high in the whole country.

Regional centres function all year round

Uma Chantal (40) leads an international smart textiles business from Pärnu, employing 400 people at its home base. Pärnu is a beloved summer town but just like other provincial regional centres, such as Paide, Põlva and Rakvere, functions year-round due to good connections and the pleasant small-town living environment. The company got going as a local vocational school, a business school, and Uma’s then-smaller design company teamed up for a common cause. The international span was created co-working with old school friends now based abroad – the famous Estonian diaspora.

Uma’s husband commutes to Riga three days a week; their older child every school morning in the opposite direction to school in Tallinn. In Pärnu, Uma’s husband works as a volunteer on a men’s health project. With a local group of activists they run a rowing club, go hiking and enjoy cooking in the non-profit raw-food cafe they run together. Communal is also the joy felt over the fact that recently Estonian men caught up with women’s life expectancy rate at mysterious 90.

The 10 million e-Estonians project, which began in 2014, has helped a lot in the small nation’s search for its speciality and has introduced its flexibility and benefits to the world. The project created opportunities for tens of businesses to grow, offering smart technology and services reaching the giants in transport and industry in turnovers.

Since the discontinuation of the large EU funds (Estonia will start receiving less financial aid from the EU after 2020 – editor), the recession in the economy forced the country to find its specialities and make even more radical decisions and reforms. The developments in the IT and services sector, based partly on governmental support at first, meant that a decision was made to start mining for phosphorite. As early as in the 2020s, a discussion was held about the risks of mining and exporting phosphoprite.

When deciding that in 2040 the country would reach the realistic goal of 100% organic farming in the whole industry, of course the discussion on the risks boomed. After tens of years of experiments and research in environmental techniques, finally secure and beneficial solutions were found. In the 2040s, the project exceeded the profits ever hoped and earned from shale mining. The profit is invested in a state-owned fund that today finances investments in the built environment and builds the country’s reserve.

For me and my husband (71 and 78), the best thing is still just sitting outside on the porch, having a nice cup of tea. And imagine what will the world be and look like in 2100, for our children and their children.

When bearing in mind the changes that took place in Estonia during my life’s first 35 years, my dream does not seem like an impossible fairy tale. Now I have the next 35 years to create the Estonia of my dreams. What does the Estonia of your dreams look like in 2050?

If you’d like to set down your longer vision for Estonia in an opinion article, please let us know: info@estonianworld.com; otherwise please leave your comment below. Cover: “Tallinn Hydroline” – an architectural proposition for Tallinn, against rising sea levels. Courtesy of Iwamotoscott Architecture. The cover photo is illustrative and is not related to the article’s content. The opinions in this article are those of the author.