Sir Arvi Parbo, one of Australia’s most well-known and recognised mining entrepreneurs, and probably the only knighted Estonian, died on 1 May at the age of 93 in Melbourne, Australia.

“Sir Arvi Parbo will be fondly remembered as the most influential 20th century figure of the Australian resources industry,” Steve Knott, the chief executive of Australian Resources and Energy Group AMMA, told the news.com.au website.

“Arvi’s well-regarded leadership and vision has made Australia a stronger and wealthier nation and helped improved the lives of thousands,” the Australian federal resources minister, Matt Canavan, added. “The resources industry will sadly miss the remarkable life and contribution of Sir Arvi Parbo.”

Australia was where he was most well-known, even though he was born in Tallinn, Estonia, on 10 February 1926. He escaped the Soviet occupation of his homeland in 1944 and ended up in a refugee camp in Germany.

After attending a mining academy in Germany from 1946-1948, he left the country for Australia in 1949. Before emigrating, he was choosing between Canada or Australia – Parbo chose the latter because it was the furthest from Europe.

Once in Australia, he went to study at the University of Adelaide, graduating in 1955 with a bachelor’s degree in engineering.

Probably the only Estonian knight

Parbo joined Western Mining Corporation (WMC) in 1956 and, over the next 12 years, held the positions of underground surveyor, underground manager, technical assistant to the managing director, and deputy general superintendent.

Under Parbo’s leadership, WMC became the world’s fourth-largest miner of nickel in the late 1960s. In 1975, as a chairman of WMC, he backed the exploration of what would become Olympic Dam mine – now the largest mine in Australia and the fourth largest copper deposit and the largest known single deposit of uranium in the world.

In 1978, Parbo was appointed a Knight Bachelor for his service to industry. The dignity of Knight Bachelor is the basic and lowest rank of a man who has been knighted by the monarch but not as a member of one of the organised orders of chivalry; it is a part of the British honours system. Knights Bachelor are the most ancient sort of British knight (the rank existed during the 13th century reign of King Henry III), but Knights Bachelor rank below knights of chivalric orders.

By having been knighted by the monarch of Australia, Queen Elizabeth II, Parbo likely was the only Estonian knight.

In 1987, Parbo was appointed a director of the Broken Hill Proprietary Company (that in 2001 merged with Billiton plc to become one of the largest mining companies in the world) and was appointed chairman in 1989 until retirement in 1992. “Our industry has lost one of its greatest and Australia has lost a man who worked hard to better himself, the companies he worked for and the people who relied on them,” Andrew Mackenzie, the CEO of BHP, said in a statement. “He is credited with the discovery and backing of Olympic Dam, one of the highest quality ore bodies in the world. He is remembered for his integrity and humility.” 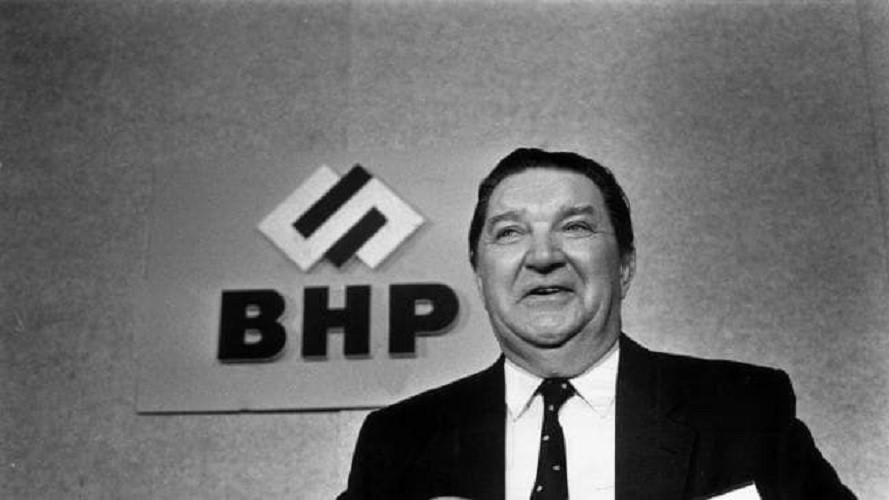 In June 1993, Parbo was appointed a Companion of the Order of Australia and had his portrait painted by the artist, William Dargie. The work is in the collection of the National Portrait Gallery in Canberra. The Order of Australia is an order of chivalry to recognise Australian citizens and other people for achievement or meritorious service.

“Sir Arvi was, above all, the exemplary migrant who made good. By diligence, study and hard work he made his way through an illustrious mining career and finished at the top of Australia’s biggest company. Australia was indeed fortunate that the young Estonian chose to migrate here rather than Canada,” Financial Review said of Parbo.

Parbo died at his home in Melbourne. Parbo is survived by his wife Saima, who he met at a refugee camp in Germany. They have three children: Ellen, Peter and Martin, and six grandchildren.

Cover: Sir Arvi Parbo,1992 by Brian Dunlop (by the permission of the Australia’s National Portrait Gallery).