As a manager overseeing online and mobile services at a leading bank in Estonia, Tom Lindma had a challenging side project. He was applying for MBA programs at the best business schools on the planet. Several years and application rounds later, he was in and now he is happy to share the experience.

Kris Lillemets, EstonianWorld’s New York contributor, interviewed Tom on his life as an MBA student at MIT Sloan and his views on presenting Estonia to the outside. USNews.com currently ranks the MIT Sloan School of Management as the fourth best business school in the world.

Tell us about yourself and your current endeavours?

I am currently pursuing my MBA degree at the MIT Sloan School of Management. After graduating from the Tallinn University of Technology I worked at SEB Bank (one of the leading banks in Estonia, Swedish-owned – K.L) for five years, where I managed SEB’s online and mobile services. During this time I was also applying for MBA programs at the world’s leading business schools.

Why MBA and why MIT Sloan?

I have an undergraduate degree in computer science and wanted to add business acumen to my skillset. Also, while SEB is a major player in the Baltics and Scandinavia, it still has a relatively local footprint. A degree from MIT Sloan will develop global perspective.

Did you have other plans besides going back to school?

I actually disclosed the “exit plan” during my job interview at SEB, so getting an MBA from a top university had been on my mind for a while. The initial plan was to spend only two years with SEB; however, the application process took much longer than I anticipated. Furthermore, my job offered me fulfilling challenges so I was not that eager to move on.

Was it difficult to get admitted to Sloan?

In hindsight, it did not seem difficult, but applying to top schools takes a lot of effort. For me, the hardest part was writing essays. It took me several rounds to nail down the schools’ expectations. My first essays were very different from the ones I successfully submitted. In Estonia I had never been taught to write a business-minded essay. We do not have too many applicants either, so I had to do a lot of research to understand the requirements and expectations.

Now that you’re in, what do you think what makes the top programmes unique? 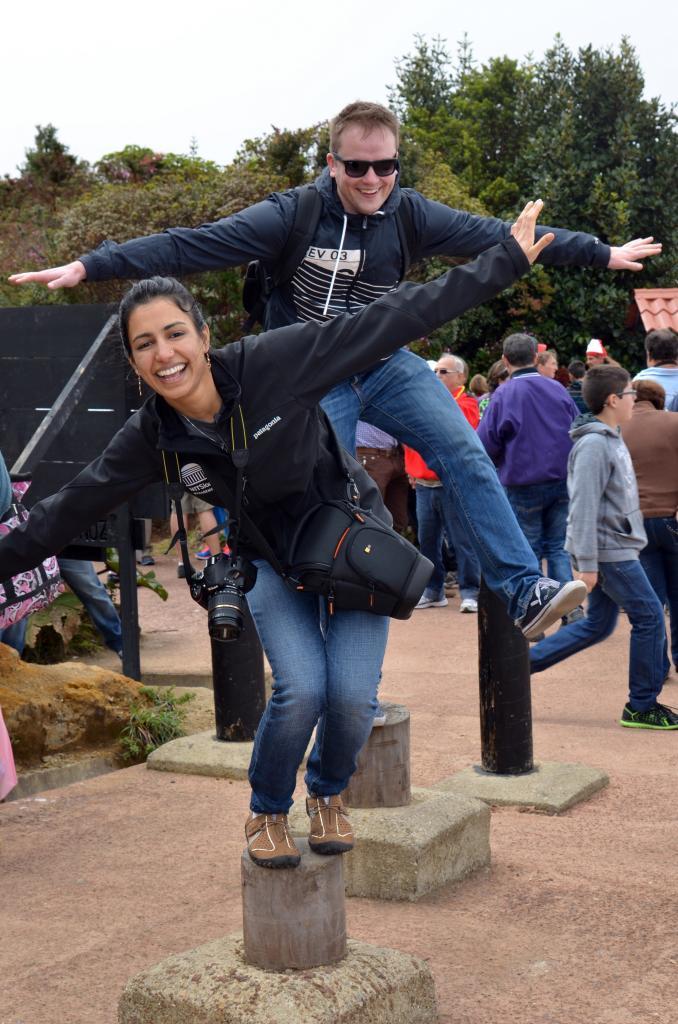 My previous experience is very different from that at MIT Sloan. At Sloan, I feel like the school really cares about my personal success post-graduation. Even before the start of my programme, we had training on job search, CV writing, professional networking, finding summer internships, etc. This training went along the whole first semester. In the US, schools get a significant amount of their funding from alumni donations; therefore, it would be prudent to be interested in the success of its students. Also, various MBA rankings use the difference between pre-MBA and post-MBA salaries as a factor.

Another major difference is the level of cooperation between the students and the professors. At MIT, my professors act as my partners, not superiors. They are my personal mentors who want me to learn as much as possible. Professors offer hands-on experience and always encourage more private discussions. Also, my classmates come from various backgrounds and therefore I feel I’m actually learning as much from them as from my academic programme.

Can you give some examples of interesting and inspiring individuals in your class?

Our MBA class is very diverse in terms of backgrounds and experiences. In the class, we have successful entrepreneurs, pianists, investment bankers, opera singers, business consultants, senior executives from public sector, etc. I have definitely had my humble moments and more than often I have been impressed by the backgrounds of my classmates.

So, the networking opportunities do live up to the hype?

Indeed. MIT offers a strong alumni network and a chance to meet global leaders. For example, British Prime Minister David Cameron visited the school last year, as well as Nick Baird, the CEO of UK Trade & Investment. The former CEO of Citigroup, Vikram Pandit, and Nokia’s Stephen Elop are some of the guest appearances that also come to mind. Last semester, I organised our president’s visit to MIT, so we can add Toomas Hendrik Ilves to the list. Every day, MIT hosts several fascinating speakers and opportunities to expand the network.

You mentioned the essays being one of the tough parts of the application process. What else should a young person from Estonia consider when thinking about applying to a top US university? What are the odds?

Getting accepted to top programmes is possible but it takes years of hard work. Half of the work is directly related to the application process, the other half is excelling in a career and extracurricular activities. I spent two years preparing for tests, studying for language certificates, writing essays, etc. It was not a full-time commitment, but often I felt guilty that I should be studying instead of spending a fun night out. For somebody from Estonia, it was hard to comprehend the level of competition. In reality, 70 per cent of all applicants fit the admission criteria. Everybody is smart, highly successful but many of the applicants still would not get accepted. So you might do everything perfectly, but still not make the cut because another applicant with relatively similar background seemed to be a better cultural fit than you.

How does one get the finances? Studying in the US is a substantial investment.

Students usually fund their studies with personal savings, student loans, scholarships and corporate sponsorships. Top US universities guarantee loans of their students. Schools strongly believe in their students and once you’ve been admitted you should have no problems paying back the loan after graduation.

What will you be doing in ten years?

I would be lying if I had an answer to that.

What would you like to be doing in ten years?

I have my dreams but it is hard to tell how far I will get with next 10 years. Currently, I am reading a book by Ray Kurzweil called “The Singularity Is Near”. Kurzweil argues that the evolution of technology is not linear but exponential. That is something most people thinking about their future jobs do not consider. On a linear graph, I could probably predict the technological context of my job in ten years, but evolving exponentially, technology will be in a totally different place. The jobs that are relevant today might not exist in ten years and that makes the predictions very hard. Most likely, I will be working in the technology sector, regardless of where the technology has evolved.

Do you see your future rather in Estonia or elsewhere?

MIT is an awesome global brand and opens many doors everywhere in the world. It does not matter whether I am physically located in Shanghai, San Francisco, Tallinn or London, but I’m sure my future will be connected to Estonia.

What do you think are some of the challenges that lay ahead for the Estonian tech sector?

Selling the idea that Estonia is an awesome country and business environment. We’ve got to the point where it is possible to take Estonian startups and build global brands out of them or attract international investments and human capital to Estonia. However, we lack the sales skills. Quite often, I hear presentations by top Estonian entrepreneurs who sound too negative for international audiences.

Sounds like an accurate description of the Estonian character – realistic, self-critical, leaning towards negative.

Exactly! When presenting anything, we should focus on the positive. Estonians tend to put way more emphasis on what we could do better instead of telling what we have already excelled. Such modesty is deeply rooted in our upbringing, and we should not completely change that but we should learn to sell our ideas internationally.

Thanks for the interview and good luck with your studies! Do you have any closing words?

I’m always happy to help anyone who is seriously thinking about applying to MIT or other prestigious programmes in the US. It is important to have a growing number of Estonian graduates from top universities. Estonia is a small country and the stronger is our presence at the leading universities, the stronger is our image as a country of talent and entrepreneurial spirit.

Cover photo: In 2013 Tom organised a lunch with Estonian President Ilves, and Estonian students at Harvard and MIT.