No matter where she goes, Kristel Kruustük (27), until recently known as Kristel Viidik, a cofounder of Testlio, is likely to stand out in a crowd. “No matter what my last name may be, everyone will always know me as Kristel, the girl with big hair,” she laughs and adds that a key to success is never to worry about what others might think of you.

Of course, it’s not just the hair but her shiny personality, can-do attitude and, above all, her crazy ideas that simply cannot go unnoticed. Having worked as a tester herself, and become disillusioned by how testers were treated by big app-building companies, in 2012 she came up with the idea of building a platform that would actually appreciate the work of a tester − if you find a critical mistake and draw attention to it, you are also likely to be motivated to fix it − thereby providing development teams with quality-assurance (QA) testers. 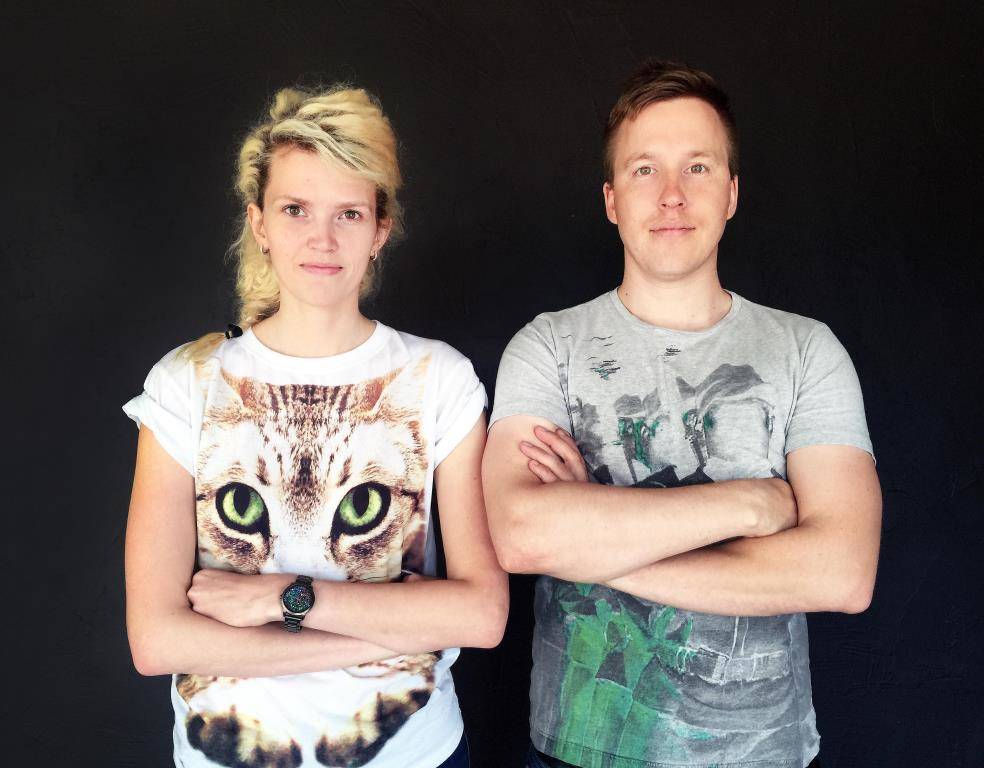 She shared her thoughts with her then-boyfriend Marko Kruustük, later also a cofounder of Testlio, and now her husband, too, and the two signed up for a London-based event, Angelhack. They made it to the top three and were flown to San Francisco for the finals, where they won the global hackathon with a seed investment of USD25,000 and a first paying customer.

What would “Kevin” do?

That first customer was “Kevin”, a person that made such a lasting impression that he earned his own poster on Testlio’s wall: “What Would Kevin Do?”

“I’ve never seen a more intense person in my life,” Kristel Kruustük explains the story behind the poster. “Kevin”, a founder of a company that was later acquired by Microsoft, had a very precise vision of what he was after. Testlio really wanted to impress their first big customer so they worked nonstop over the span of three months, and eventually “Kevin” admitted that they had done a much better job than their main competitor. “He really helped us shape our product so now we always ask, what Kevin would do to reach our goals,” Kruustük says.

Testlio’s present goal is to become a world leader in mobile apps testing. “Currently we are more of a high end and a high touch product. As this business model has justified itself, we can reconsider our pricing policy,” Kruustük concludes. What next? “We will tackle the issues once they are in front of us,” she shrugs while giving a big smile.

In early 2015 the company raised a “party round” of USD1 million from a number of individual seed investors in Silicon Valley. But this was just the beginning. In April 2016, they announced a round of USD6.25 million, led by venture capital firms Altos Ventures and Vertex Ventures.

“Over the next 18-24 months, we do not need to worry about money,” claims Kruustük, although the business was already profitable before they raised the latest round. She shares another rule-of-thumb of fast-growing companies: never raise more money than you actually need for giving an extra boost to the growth, otherwise that risks making you too lazy to look for more creative solutions.

For Testlio, it was crucial to open an office in San Francisco and to hire a sales team there. But unlike so many other startups in Silicon Valley, they have stayed true to their frugal style. Although they no longer have to live on friends’ couches − since the office in San Francisco also serves as a crash-pad – Kruustük is adamant about not spending their hard-earned money on anything that does not meet the definition of a necessity. Even her clothes she wears to rags, before she goes shopping.

But the big party they had promised to all of their friends, they did finally have – the party took place at the company’s Tallinn office, since 34 of their 47 employees are based there.

Only process information you can benefit from

“Estonia is my home,” Kruustük recounts passionately, but then pauses for a moment. Looking out of the window of her office on the sixth floor on one of a few new buildings in Telliskivi Creative City, which would offer a panoramic view of the tiled roofs of the Tallinn Old Town on the one side, and the gleaming Port of Tallinn on the other, but for the fact that they are hidden behind grey clouds and pouring rain she shrugs: “Although now you might wonder: what is going on with the weather!?”

While a typical Estonian would, no doubt, fall into a rant about how this donnerwetter has spoiled all their plans for the summer, Kruustük lightens up: “But it’s still good. I love the atmosphere of this part of the town; it only takes me two minutes to walk home. I have all my friends nearby. I love the small size of Estonia; everyone knows everybody and that makes us stronger together. If I need to, I can always get away and do things elsewhere but I will always want to come back.”

Onlookers wonder how Kruustük can maintain such a positive attitude and energy, while being a completely down-to-earth and humble person at the same time. She admits that she always tries to do her best and has learned to only process information that she can benefit from.

“I have definitely grown a thicker skin over the past four years,” she says. “Building a team up from 15 to 40 people has been very stressful and has taught me a lot about effective and value-based leadership. There is opportunity in every setback. We all make mistakes, but it’s important to learn from them, not to give up, and move on. I believe I’m a much better leader and a much better communicator today,” she goes on.

Testers in the cloud

Marko Kruustük has observed that while talking to investors it’s always his partner that gets the attention first with her optimism. “Most people probably wonder how anyone can possibly talk about testing with such passion!” He admits that as a much more structured person himself, he has learned a lot from Kristel’s outgoing personality. But their double-act works perfectly just the way it is − once Kristel has caught everyone’s attention, Marko will introduce the numbers and their plan to tackle the market.

“Every day I wake up I think of my mission to offer best jobs for testers around the world,” states Kristel Kruustük. “It’s not so much about the number of testers we have but to have the best qualified testers in the network,” she goes on. There are currently around 200 testers on their payroll in places as diverse as the UK, Ukraine, Estonia and Pakistan, some of whom can earn as much as EUR4,000 a month.

“Every day I wake up I think of my mission to offer best jobs for testers around the world.”

“I always think of the story of a Ukrainian guy who became one of our best testers, and thanks to his job could move away from the war zone currently raging in Ukraine,” Kruustük remarks, giving a sobering example of how it’s not just fixing the bugs of software that’s at stake, but actually making a difference in people’s lives too. 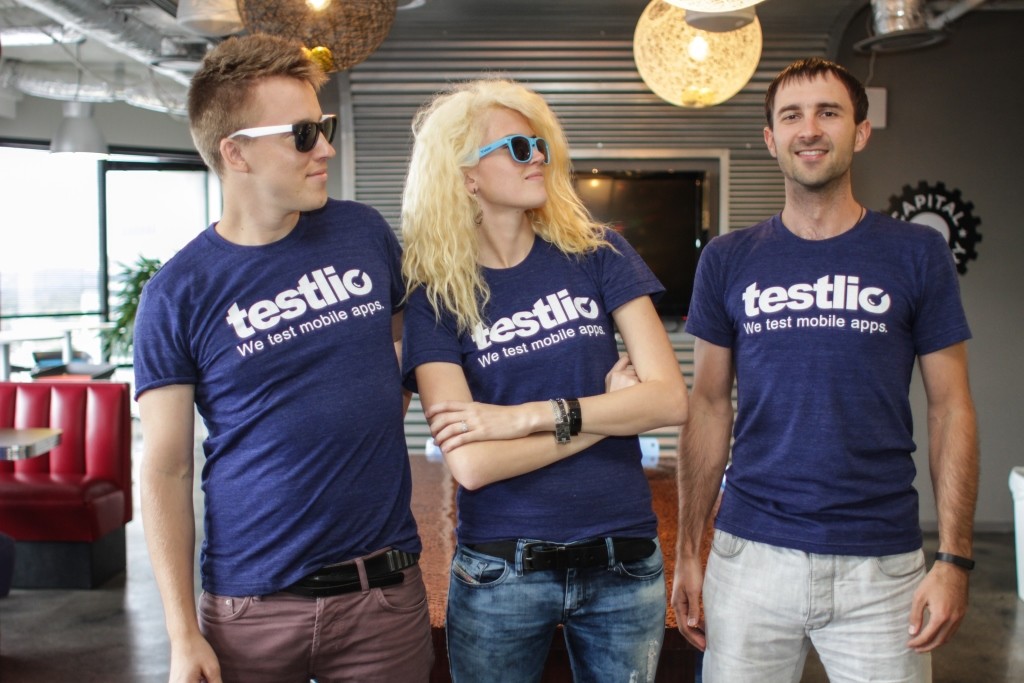 To become a qualified tester on Testlio’s platform, candidates need to pass a test on a test app with built-in bugs. “I built it, but have never reached a score of 100% even myself,” Kruustük testifies. Then they sign up for a webinar for half an hour in time. And as a final test, candidates need to work on a project over a weekend, the so-called “eat your own dog food” that aims to filter out the people who are not really passionate about testing. The best people get voted top by ratings from QA managers and the community.

Kruustük still likes to do some hands-on testing herself, in addition to talking to investors and running the everyday business, while her husband is in charge of constantly upgrading the platform as well as taking care of the financial matters.

They originally thought that being a couple might be seen as a setback on the startup-scene, but the truth has been quite the opposite. While pointing to several factors that helped him make the decision to invest in Testlio, Yee Lee, an angel investor and startup founder from Silicon Valley, explains: “I like companies where the founders have worked together to build, validate and iterate on the product.”

“I could never imagine doing this with anyone else but her. If you are building a company together it also helps you to be on the same page with the values. Sometimes we don’t really need to say things to understand what we mean, there is a complete trust: if one of us is silent, the other person will know not to bother her/him,” Marko Kruustük explains.

Role model for women in IT

Many Estonian startup entrepreneurs point out that Kristel Kruustük has become an inspiring role model for hundreds of women who are now willing to try their hand in IT and even dream about becoming entrepreneurs and leaders. “I’m most certain that thanks to Kristel we will be seeing more and more women as founders in startup entrepreneurship,” Ragnar Sass, a cofounder of Pipedrive, asserts.

Marko Kruustük insists that there is no hidden rivalry inside their relationship and he feels no envy when her partner gets more attention than he does. “She is our cover girl. We need to see the bigger picture here of setting a good example for upcoming generations.”

Kristel Kruustük has a heroine too – she names her 90-year-old grandmother as one of her biggest role models in life. “Despite all the hardships she has had to endure in life, she’s still a redoubtable person.”

Whenever she feels in low spirits or simply needs time to muse over, she likes to play the piano. “Playing the piano is like being an entrepreneur,” Kruustük says. “You will not be very good at it as you start and it will take a while to excel. You need to practice a lot and learn it by doing, sometimes going slower and then adding speed if needed.”

The longer print version of this article was first published in Life in Estonia magazine. All photos by Atko Januson, unless otherwise stated.

Ede Schank Tamkivi is an Estonian author and journalist. She currently lives in Estonia and runs Eesti 2.0, a non-profit organisation that aims to inspire the next generation of Estonians to choose a future in technology. Previously she was editing Eesti by the Bay, a website for and about San Francisco Bay Area Estonians.