This year’s Cambridge Baltic Conference is to take place at the Cambridge Union Society on 28 October and will gather under the theme, “Security, Cyberwarfare and Populism”.

The conference, held for the fifth time, will provide an opportunity to reflect upon such topical issues as the new wave of populism, freedom of speech in the age of social media, and increasingly sophisticated cyberwarfare, the organisers said in a statement.

First held in 2013, the Cambridge Baltic Conference brings together entrepreneurs, diplomats and higher education leaders from around the world to discuss challenges facing the Baltic region today. The topics covered in the past four years include the place of the Baltic region within the EU, innovation in education, entrepreneurship and technology and governance.

Speakers from a variety of backgrounds

Working closely with the conference’s partners, the organisers have previously welcomed the former president of Lithuania, Valdas Adamkus, the vice president of the European Commission, Siim Kallas, and other speakers of the very highest calibre. The conference offers plenty of opportunities for informal learning and networking, attracting hundreds of attendees and some of the most respected organisations and companies from the Baltic states. 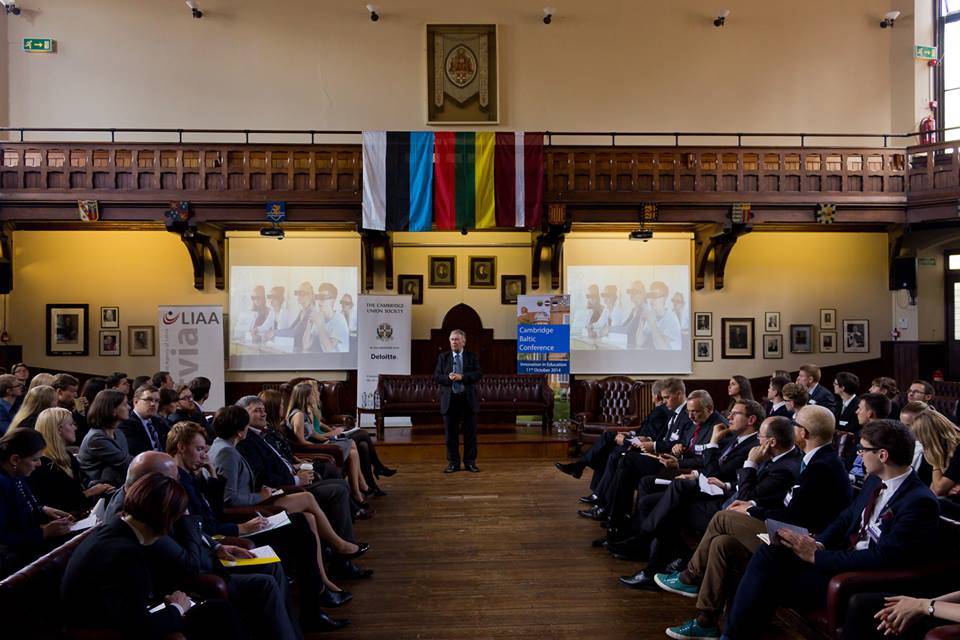 This year, workshops and panel discussions will look at best practice from leading businesses and organisations in the United Kingdom and the Baltic states. Coming from a variety of backgrounds, the speakers will address the interrelated topics of populism, security and cyberwarfare, highlighting their own unique contributions to the field.

In a speech entitled “When populism meets Euroscepticism”, Dr Simona Guerra will discuss the relationship of populism with euroscepticism and conspiracy theories. Basing her address on her previous academic work with John FitzGibbon, Guerra will suggest that increased europeanisation might have a negative effect on the attitudes towards European integration even in ostensibly pro-European countries.

Closely related to Guerra’s research on the media, democracy and euroscepticism in post-communist Europe is Donara Barojan’s work at the Digital Forensic Research Lab. Together with her colleagues from the NATO Strategic Communications Centre of Excellence, Barojan has been tracking online disinformation campaigns in Europe and the United States. Focusing on illuminating case studies, Donara will be speaking on how social media tools are being exploited to spread disinformation and how the same tools can be used to counter it.

Maarja Naagel, a researcher at the Law Branch of the NATO Cooperative Cyber Defence Centre of Excellence, will be one of cybersecurity panellists. Her speech will focus on the international law applicable to cyber operations, as reflected in the Tallinn Manual 2.0. Tomas Jermalavičius, who is the Head of Studies at the ICDS, a Tallinn-based security, defence and foreign policy think tank, will make a valuable contribution to the discussion of the defence innovation and regional defence cooperation in the Baltic states.

Cover: Cambridge (the image is illustrative).