From 2018, Denmark will again offer a contribution to the NATO enforcement of the Baltic countries’ airspace sovereignty, taking part in the Baltic Air Policing mission.

“Denmark should make a robust contribution to security and stability in the Baltic Sea and the Baltic region. Therefore, I am pleased that Denmark will again from 2018 offer an F-16 detachment to secure the Baltic airspace, as part of the Baltic Air Policing,” the Danish minister for foreign affairs, Anders Samuelsen, said in a statement.

“It supports basic Danish security policy interests, and it is truly the best way to support our Baltic friends and neighbours,” he added. “Combined with the proposed Danish contribution of 200 persons to NATO’s enhanced forward presence in the Baltic states, Denmark takes a leading role in supporting security and stability in our region.”

The contribution, covering four F-16 fighter jets and approximately 60 personnel, is planned to be deployed at the same time as the expected Danish contribution to NATO’s enhanced forward presence in the Baltic states. The Danish parliament is currently debating a motion for a resolution from the government to deploy a Danish military detachment of up to approximately 200 personnel to NATO’s enhanced forward presence in 2018, the foreign ministry said.

According to DefenseNews.com, Denmark will in January also take “rotational” command of the Standing NATO Maritime Group One, or SNMG1, which is one of NATO’s two standing naval immediate reaction forces in the North Atlantic region. The SNMG1 that will come under Danish command consists of four to six destroyers and frigates. Core contributing countries include Germany, the Netherlands, Canada and the United States. The SNMG1 is regularly strengthened by ships from other NATO nations, including Poland, Belgium, Italy, Spain and Portugal, the news portal said. 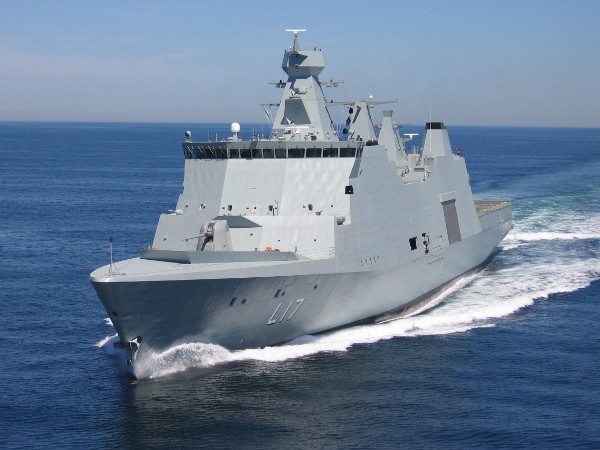 Dating back 2004, Danish fighters were among the very first to enforce the sovereignty of the Baltic countries’ airspace. Altogether, Denmark has contributed five times, most recently in 2014.

The Danish government’s intent is to deploy its detachment for approximately four months from January 2018. The jets are planned to be based at Šiauliai Air Base in Lithuania.