Estonian Minister of Defence, Urmas Reinsalu, has declined to comment on the dispute between Estonia and Lithuania in relation to NATO air policing mission’s periodic rotation. Currently, the mission is based in Lithuania, but Estonia would like to see it rotating between the two countries. 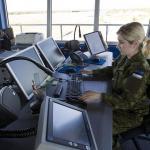 Meanwhile, Juozas Olekas, Lithuanian defence minister, who wants the mission to stay in the airbase in Lithuania’s Šiauliai, says that there are differences on points of view on the issue: “We exchanged several positions on our participation in joint training events and the successful air policing mission which we also have different points of view on. But we see that we’ll find the best solutions through joint discussions,” he told to Lithuanian journalists.

Estonia seeks rotation of the air policing mission from 2015, indicating that NATO fighter jets should not only land in Lithuania, but also in the Estonian base of Amari.

Meanwhile, Lithuania wants its Air Force base in Šiauliai to keep its status as the main and permanent place of deployment, saying that the rotation scheme would increase costs considerably.