Estonia is to host one of the world’s largest technical cyber defence exercises, Locked Shields 2017, from 24-28 April.

According to the Tallinn-based NATO Cooperative Cyber Defence Centre of Excellence, the main organiser of the event, this year the size and scope of technologies, networks and devices used in the exercise has increased considerably. “Reflecting on the current key trends in cyber security significant focus will be placed on specialised systems,” the organiser said in a statement.

The annual scenario-based real-time network defence exercise focuses on training the security experts who protect national IT systems on a daily basis. In 2017, the ‘Blue Teams’ will be tasked to maintain the services and networks of a military air base of the fictional country, which, according to the exercise scenario, will experience severe attacks on its electric power grid system, drones, military command and control systems and other operational infrastructure, the Cyber Defence Centre said.

“More than 2,500 possible attacks can be carried out against Blue Teams and more than 3,000 virtualised systems will be deployed during the exercise in 2017. Although the main focus of the exercise remains technical, this year a strategic track is introduced in parallel to the exercise, the aim is to provide a decision-making exercise for policy officers and legal advisors.” 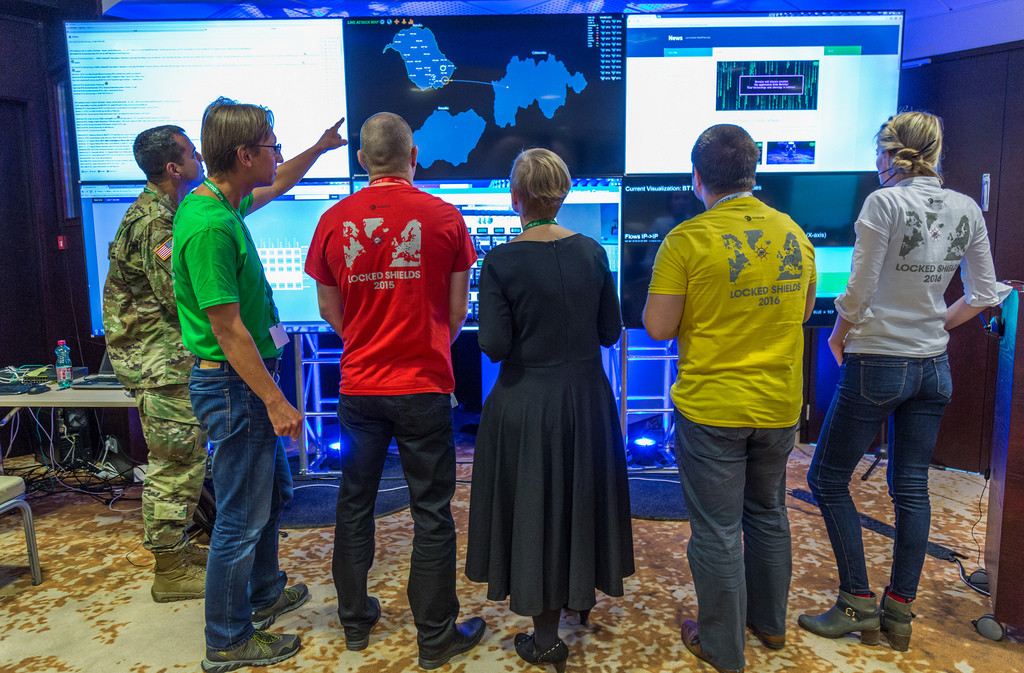 In addition to ordinary business IT environment, several specialised IT systems are introduced to Locked Shields in 2017, reflecting the current threat landscape. “For example, the following specialised systems will be included to the exercise – a large scale SCADA system controlling the power grid, an AirC2 system used for planning military air operations, military surveillance drones and Programmable Logic Controllers controlling the fuel supply of the air base.”

Around 800 participants from 25 nations

Around 800 participants from 25 nations will take part in Locked Shields 2017. While the organisers of the exercise will gather in Tallinn, Estonia, the participating Blue Teams will have secure online access to the exercise networks from their home bases.