Estonia and Japan are to sign a cyber security cooperation agreement in January 2018 during the Japanese prime minister’s visit to the country. 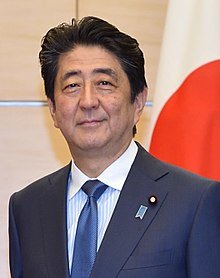 The Japanese prime minister, Shinzo Abe, is scheduled to visit Estonia in the middle of January as one of the stops in his European tour. This would be the first time a Japanese premier visits Estonia.

During the visit, Estonia and Japan are to sign a bilateral cyber security cooperation agreement, the Japanese news agency, Kyodo, reported.

Earlier in December, the European Union and Japan concluded free trade agreement talks and agreed to establish one of the largest free trade regions.

In addition to Estonia, Abe is scheduled to visit Latvia, Lithuania, Bulgaria, Romania and Serbia, according to the Kyodo news agency.