IT hub Estonia has urged the European Union to rely less on US firms for ‘cloud’ data storage, amid tensions over claims of US spying and data surveillance. 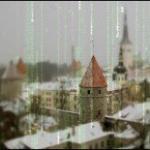 “Recent months have proven once again that it’s very important for Europe to have its own data clouds that operate strictly under European legislation,” Estonian President Toomas Hendrik Ilves said in a statement.

Cloud computing refers to the process of getting software, storage and other services via the Internet from remote data centers rather than the memory in one’s own computer. For some it triggers concerns about giving up physical control over their data and potentially having it lost or accessed by others.

“Right now 95 percent of the cloud services used in the European Union belong to US companies,” Ilves said after meeting with Europe’s Digital Agenda commissioner Neelie Kroes in Tallinn. “EU data protection legislation also needs to be modernised and we should understand that big private firms are able to gather more info than any state.”

EU-US relations have been strained since weekend allegations that the US National Security Agency (NSA) had bugged EU diplomatic missions. German weekly Der Spiegel said its report was based on confidential documents, some of which it had been able to consult via fugitive leaker Edward Snowden.

Estonia’s foreign ministry has summoned the US ambassador in Tallinn to provide answers over the snooping scandal.

Dubbed E-stonia, the tiny state of just 1.3 million people is known for being a trailblazer in technology and is one of the most connected countries in the world. Tallinn is also home to the NATO cyber-defence centre, where data experts from across Europe and the United States work to protect the information networks of the alliance’s 28 member states.