Marti Kuusik, the IT and foreign trade minister, appointed by the far-right Estonian Conservative People’s Party (EKRE) to the new government, was forced to resign after just a day in the office, in the face of domestic violence allegations against him – which, shockingly, include twice breaking his former wife’s arm.

Kuusik was released from the office by the Estonian president, Kersti Kaljulaid, on behalf of the country’s prime minister, Jüri Ratas (Centre Party).

The minister was forced out after Estonia’s largest weekly newspaper, Eesti Ekspress, reported that Kuusik had for years abused his former wife, Karin, in drunken rages. The weekly and its daily sister paper, Eesti Päevaleht, employed an unprecedented number of its journalists – including two editors-in-chief – to investigate the rumours that had been circulating since Kuusik was first named by EKRE as the candidate for the ministerial position in early April.

In Kuusik’s hometown Rakvere, at least five people – people who know the family first hand – confirmed the shocking allegations. The sources who were contacted separately claimed, according to Eesti Ekspress, that Kuusik had broken the arm of his former wife – a pianist by profession – on two occasions. 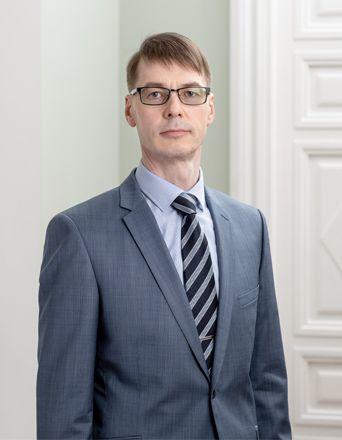 According to the sources, the last incident took place in January 2018, when the couple had already been divorced. “During an argument, when his former wife was sitting, Marti Kuusik broke her arm by hitting it with his foot,” the paper was told. In order to dilute suspicions, Karin Kuusik turned to the doctors next day, not immediately. When examined by the medics, she said that she had fallen by her home’s front door. However, she later admitted to close acquaintances that it was, in fact, her former husband who broke her arm.

When first contacted, Karin Kuusik agreed to meet Eesti Ekspress’s journalist, but later changed her mind and denied the incidents, after being sent written questions.

Similar pattern repeated it elsewhere in town. While the number of sources was originally higher, some people were intimidated by the time journalists got to speak to them. Indeed, Marti Kuusik, who also denied the allegations when confronted by the journalists, on the record threatened to “find those people in Rakvere” who informed the press about the domestic violence in his family.

While the newspaper report was being written, the members of the new government, led by Jüri Ratas, and their aids, grew increasingly nervous and started to make phone calls to newspapers editors – prior to the day the government was sworn in.

When the story was published – in the early hours on 29 April, before the government was sworn in later the same day – Ratas summoned Kuusik and EKRE leaders, Mart and Martin Helme, to his office before the parliament sitting. When enquired about the domestic abuse, Kuusik again denied the allegations.

In an absurd and legally questionable move, Marti Kuusik then proceeded to ring his former wife, in front of everyone. Karin Kuusik was asked in the hearing range of other men “whether her former husband had been violent against her”, and she again denied it. Satisfied with the answer, Ratas apparently considered the case closed.

The president makes an unprecedented statement

However, president Kersti Kaljulaid was clearly disturbed by the reported allegations against Kuusik. In an unprecedented move in Estonia’s recent history, Kaljulaid later made her stance clear during the swearing in ceremony in the parliament by leaving the chamber when it was Kuusik’s turn to sign the oath – so the freshly appointed EKRE minister had to make a gesture to an empty chair instead. The president returned in time for the next minister’s swearing in procedure. 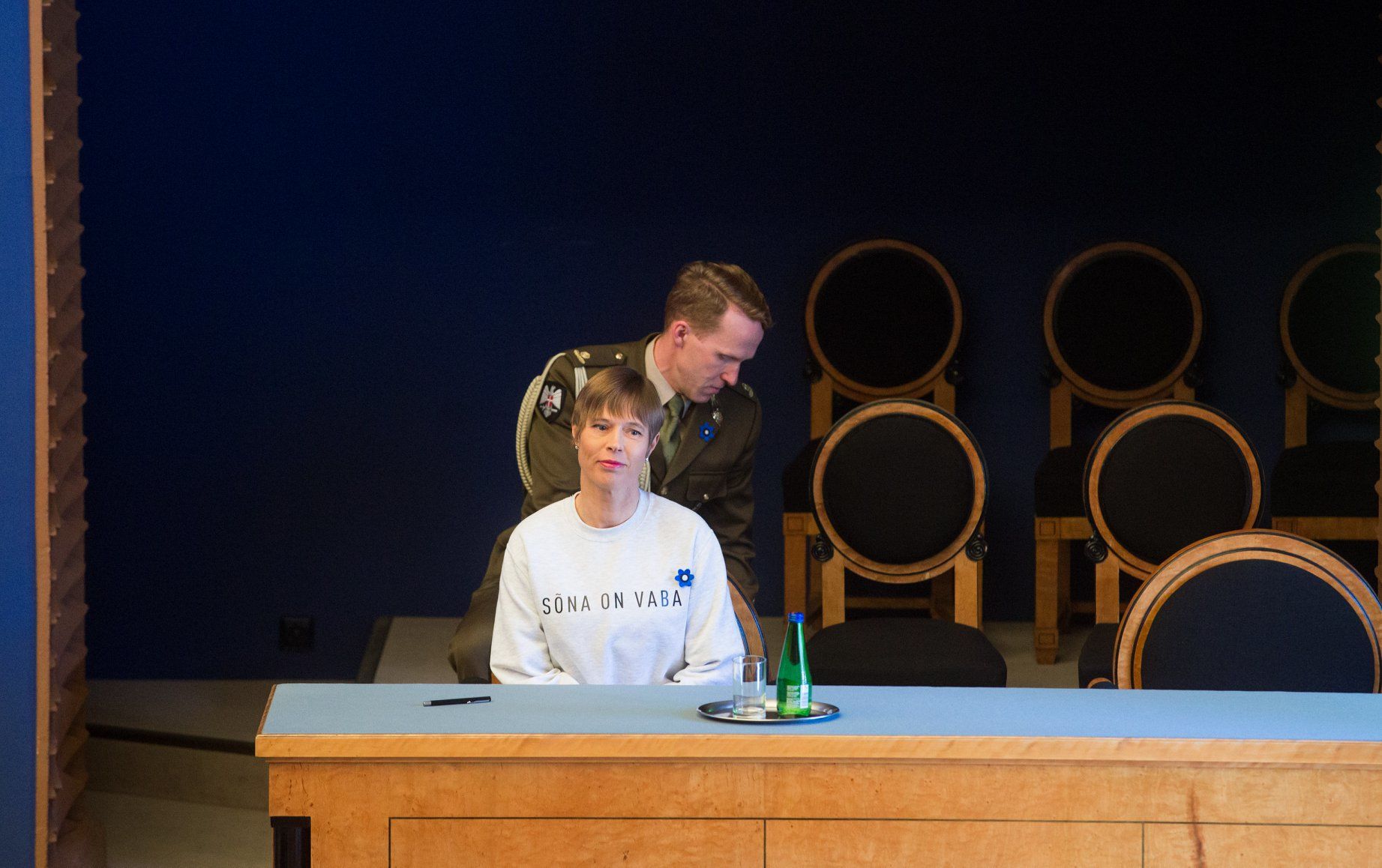 While the domestic abuse allegations dominated the headlines in Estonia, EKRE’s coalition partners, the Centre Party and Isamaa, appeared to play down the gravity of the situation, referring to Kuusik’s and his wife’s denial and lack of evidence. However, on the same day, a criminal investigation was opened into allegations of domestic violence by the Estonian prosecutor’s office.

On the evening of 30 April, after another day dominated by the relevant headlines and media pressure – which included several Estonian women’s magazines simultaneously publishing black and white covers in solidarity, and a myriad of opinion pieces against the domestic abuse – the minister resigned.

Just a day in the office

While still denying the allegations, Kuusik said that “in this situation, I cannot work as a minister” and “also the rest of the government cannot work normally”. He became the first minister in the Estonian post-1991 history who has lasted in the office just a day.

The new coalition government, formed by the populist-leaning Centre Party, the far-right EKRE and the conservative Isamaa, was sworn in on 29 April. 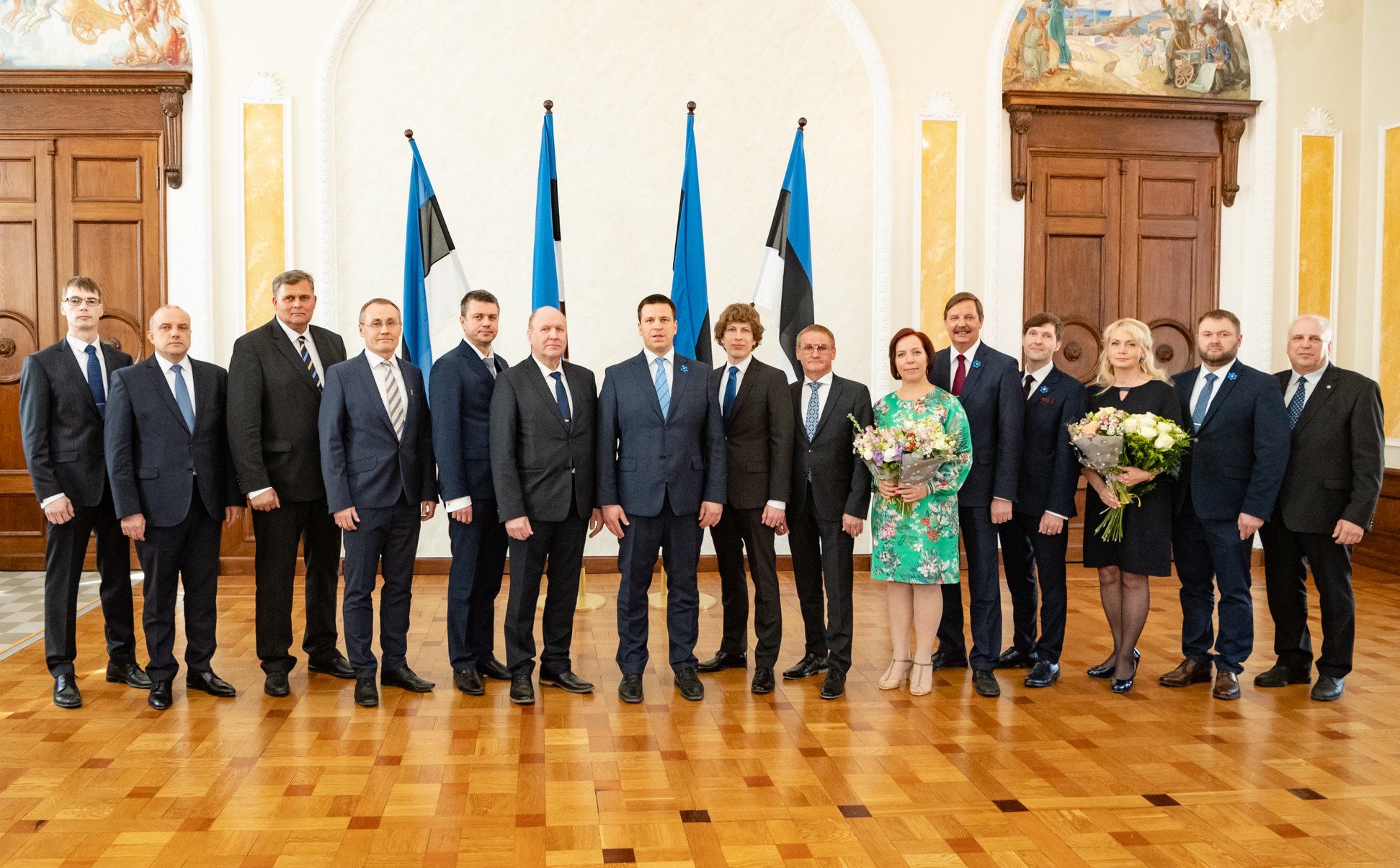 The coalition has the support of 55 MPs in the 101-seat Estonian parliament, against the opposition of the Reform Party and the Social Democrats who have 44 seats between. Raimond Kaljulaid, elected as the Centre Party MP, decided not to support the new coalition, based on his conviction against the far-right EKRE, left the party and is now an independent MP. Viktoria Ladõnskaja-Kubits, an Isamaa MP, also voted against the new coalition because of EKRE’s hateful rhetoric but didn’t leave her party.

Cover: During the swearing in ceremony in the parliament on 29 April, president Kersti Kaljulaid left the chamber when it was Kuusik’s turn to sign the oath – so the freshly appointed EKRE minister had to make a gesture to an empty chair instead (courtesy of Riigikogu).