The Estonian youngsters in the Netherlands arranged a protest against the ongoing coalition talks with the far-right Estonian Conservative People’s Party (EKRE).

The youths gathered in front of the Estonian embassy in the Hague on Sunday, 17 March, to express their objection to the inclusion of the EKRE party in the Estonian coalition talks, led by the Centre Party and Isamaa (Fatherland). The purpose of the protest was to stand up for a liberal, democratic Estonia that appreciated everyone’s freedom, the organisers said in a statement.

“The youngsters studying in the Netherlands want to return to their homeland after finishing their studies and gaining experience, but they’re afraid that the Estonia they once left won’t be there anymore and they wouldn’t be welcome at home,” the organisers said.

They’re also worried about the security of their families, friends and loved ones. “We’re afraid that if EKRE comes to power, the denial of the minorities rights will continue and the situation will become even worse,” they noted on their Facebook event page, dedicated to the protest action. 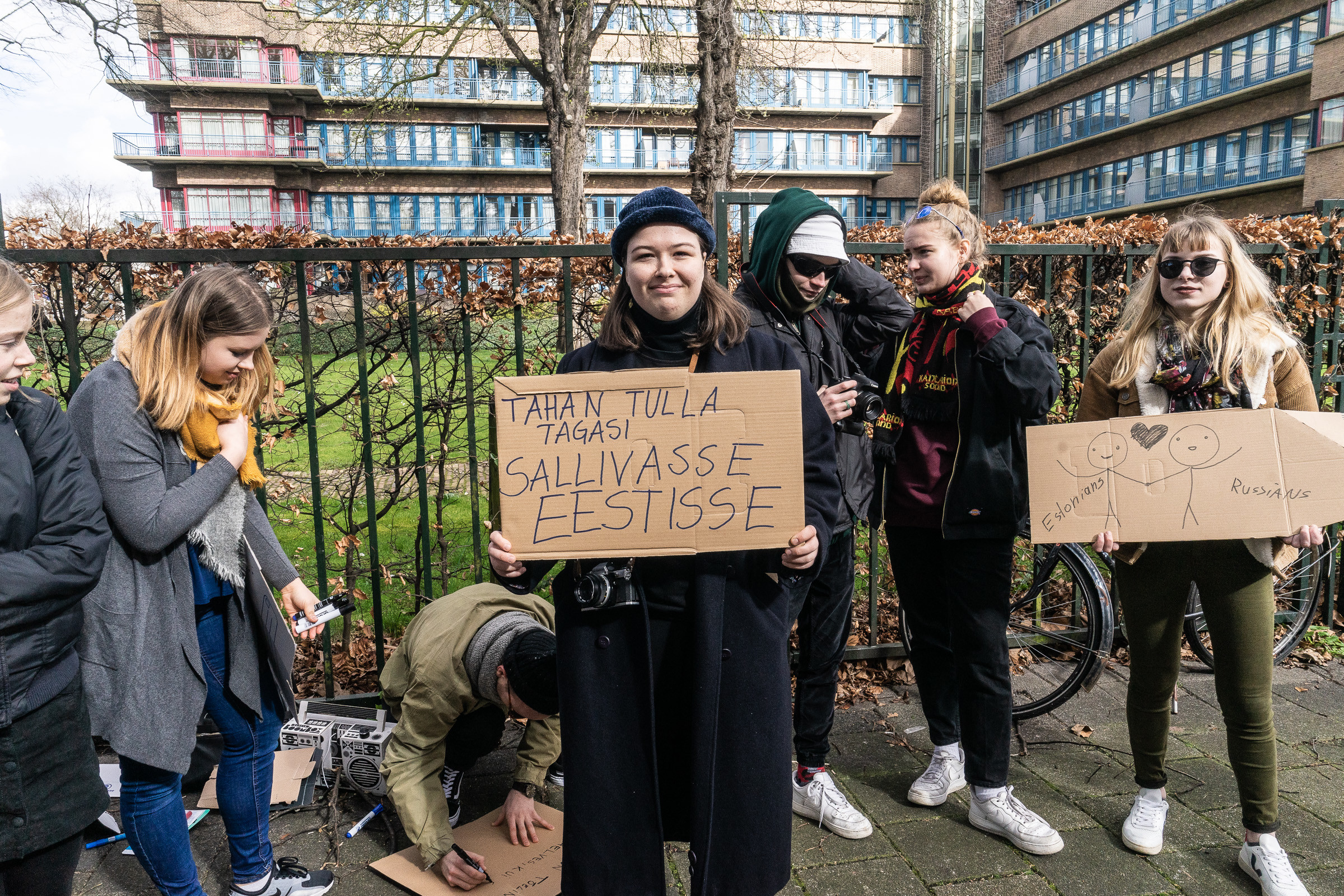 The prime minister of the outgoing government, Jüri Ratas, is currently involved in coalition talks with EKRE, widely regarded as far-right and even outright fascist, racist, homophobic and xenophobic, and the moderate conservative party in Estonia, Isamaa (Fatherland, Pro Patria). EKRE won 19 seats in the 3 March election, making it the third-largest parliamentary party after the centre-right, liberal Reform Party, and the Ratas-led Centre Party.

EKRE wants to get rid of the Co-Habitation Act that allows same sex couples to register their relationship, and many of its members have expressed racist, homophobic, xenophobic and outright Nazi-favouring views.

European liberals’ leader urges the Estonian PM not to ally with the far right
Abdul Turay in a public letter to Jüri Ratas: EKRE are flat out fascists
Andrei Tuch: Welcome to Estonia’s new neo-Nazi government