According to a public opinion survey, the Estonian people’s stance towards life has improved, they feel the country is protected and national defence is well organised.

The results of the survey, carried out in the autumn of 2018, have revealed that in the opinion of two thirds of the respondents, life has changed for the better or remains the same. There is a perception that the security situation in Estonia is more positive than in the world as a whole, and Estonians consider the most important security guarantee to be NATO and the defensive will of the people.

“I commend the high defensive will of the people and readiness to defend their country,” the minister of defence, Jüri Luik, said in a statement. “I am also pleased to see that there is trust in the organisation of national defence and towards the activities of our allies and NATO.”

According to the survey, more than half of the respondents consider the biggest threats in the near future to be an organised attack on Estonia’s national information systems, ie a cyber-attack (67%), the proliferation of fake news (65%) and interference by a foreign country in Estonia’s politics or influencing the economy for its own benefit (58%).

The Estonian people consider the membership in NATO, the defensive will of the people and the development of Estonia’s independent defensive capability to be the most important security guarantees.

More than three quarters of the country’s residents support Estonia’s membership in NATO, with support having risen by 5% in comparison with the same type of survey carried out during the spring. The Estonian people believe that in the event of the eruption of a military conflict, NATO would provide military aid to Estonia or that membership in the alliance would prevent a military conflict entirely. A total of 72% of the population support the presence of NATO forces in Estonia.

In the event of an attack on Estonia, approximately 80% of respondents believe armed resistance is important, and 60% are ready to participate in defence related activity in the event of a military attack. 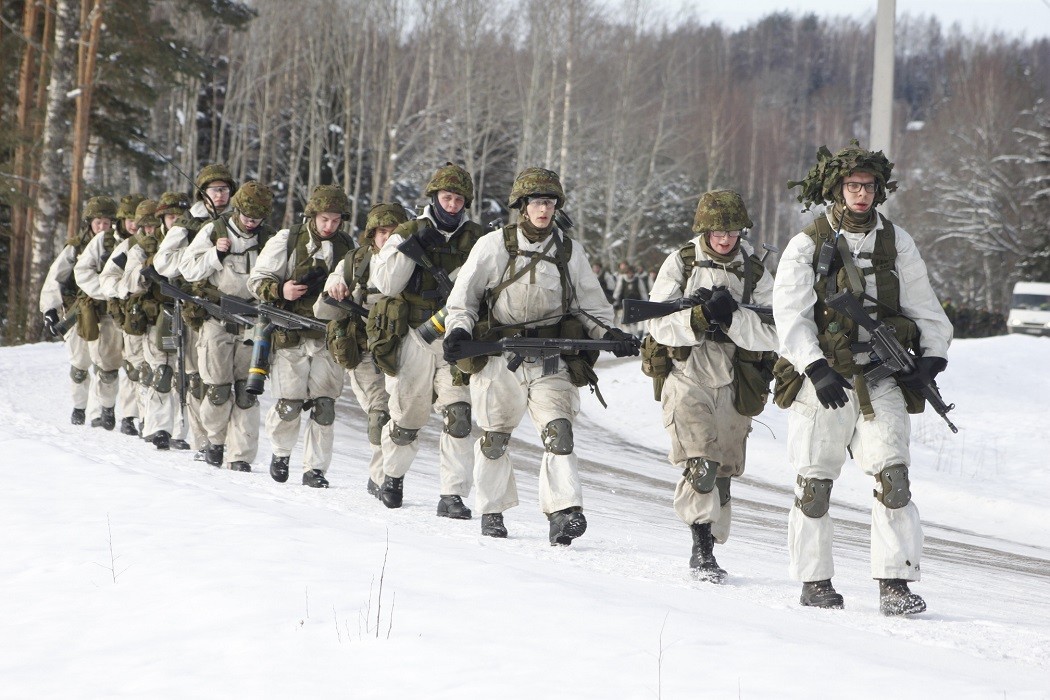 The defence forces are well trusted

The Estonian people continue to provide a highly favourable assessment regarding the development of independent defensive capability. A total of 80% of respondents wish to continue the current reserve army based national defence model.

The Estonian Defence Forces and the Defence League are trusted by three quarters of the residents of Estonia. In the opinion of 70% of residents, Estonia has done a good job in developing its national defence.

The survey was ordered by the ministry of defence and carried out by Turu-uuringute AS.

Images courtesy of the Estonian Defence Forces, except where stated.