The primary goal of any nation-state is, first and foremost, to ensure its own security from internal and external threats. The Republic of Estonia is no different, with territorial integrity and the safety of its citizens ranking at the top of its list of foreign policy priorities. Today, as historically, the most effective way to accomplish those objectives is to ally oneself with friendly and trustworthy nations through pacts of mutual defence.

As a member of NATO, arguably the most powerful military alliance in the history of the world, Estonia has done exactly that. But the basis of any international organisation is a joint commitment to its principles and initiatives. In 2006, the NATO member states pledged to devote two per cent of national GDP to defence, and yet most of its European states have reduced their budgets in the following years instead. The Estonian government, however, is showing that this process is not inevitable; indeed, Europe can and should abide by its commitments and shoulder its share of the international security burden.

NATO took form during the long, tense years of the Cold War, when Estonia was still on the other side of the Iron Curtain. In that period, the ratio of the alliance’s defence spending between the United States and Europe was roughly 50:50. After the fall of the Berlin Wall, the Balkans still constituted a region that required military attention and investment. Thus, at the turn of the century, two per cent was still the norm. However, in the following half-decade, the success of the enlargement project may have caused the populations and governments of the nations of Europe begin feeling less threatened, at which point they started the gradual process of diverting state resources elsewhere. Of course, the threats never vanished; they just got more complicated. The potential effects of nuclear proliferation, organised crime, transnational terrorism and energy vulnerability (among numerous others) remained, but defence spending largely decreased. According to the NATO Secretary-General’s report, by 2007, 68% of NATO’s defence spending was provided by the United States, and four European states (UK, France, Greece and Bulgaria) fulfilled the two per cent commitment. By 2012, the US-Europe ratio had altered to a further 72-28, and while the UK, France and Greece remained on the list, a new and unexpected actor – Estonia – rose to that level for the first time in its history.

To the casual reader, the two per cent of GDP may seem like an arbitrary benchmark. However, defence experts have traditionally considered the ideally balanced defence budget to be split into three between personnel costs (soldiers’ wages), investment costs (procuring new technology) and operating costs (maintaining current equipment, conducting exercises, participating in operations). The two per cent threshold is considered to be the lowest point at which such a budget can be achieved. If the budget is tilted, for example if personnel costs take up 50-70% (as they currently do in many European states), medium- and long-term military effectiveness suffers as the necessary modern capabilities are not purchased. Furthermore, it is crucial that the declared two per cent includes strictly military capabilities, and that states don’t bolster their defence statistics with tangentially related costs for the sake of public relations.

Unfortunately, the 2006 commitment quickly became unrealisable for most European NATO member states largely because the downward trend was further exaggerated by the economic crisis and the resulting austerity measures undertaken by so many of Europe’s economies. However, some countries are now turning the corner. According to a recently released Heritage Foundation report, “In a challenging global and regional environment, the Estonian economy has demonstrated a high level of resilience and achieved swift economic rebound.” That recovery may partially explain why Estonia was able to make the uncommon decision to increase defence spending for the 2013 fiscal year to an all-time high, and why it was able to maintain that level looking forward into 2014.

Now, numerous reports from international financial institutions are predicting a modest improvement in Europe’s general economic outlook. And the return of even limited economic growth is beginning to have an apparent effect. Poland is planning its biggest-ever increase in defence spending for the upcoming decade. Norway is another European NATO country that has taken a serious look at the effects of its defence spending levels and initiated the appropriate response. It may be that the next few years become a pivotal period for this trend. Certainly, there is no small number of analysts who have derided the state of European defence and provided ominous predictions about its future. However, Estonia’s decision may prove to be more than just a way for it to shore up its own security. Perhaps Estonia’s example, combined with efforts at the highest civilian and military levels to renew Europe’s global strategic outlook, will inject new confidence into recovering European national governments. It would not be the first time in recent history that the small country of Estonia has taken a bold step to show its commitment to an international organisation that was being derided by experts in the field. In 2011, Estonia joined the eurozone at perhaps the nadir of its financial crisis; three years later, Latvia is confidently making the transition. 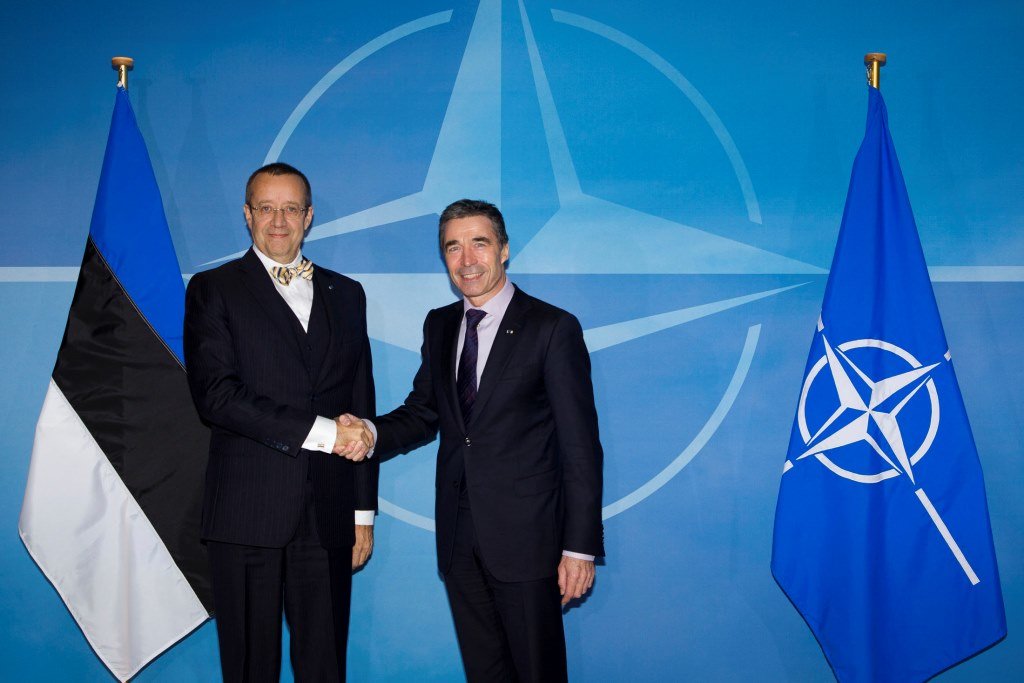 Former US Ambassador to NATO, Ivo Daalder, recently pointed out that European states are working together (in the EU format) to develop critical enabling capabilities, like medium- and high-altitude drones, air-to-air refuelling, satellite communications, cyber defence, as well as to strengthen the defence industry. However, as Daalder said, “this will affect Europe’s overall defence capabilities only at the margins… On the real issue – more spending – the silence of Europe’s leaders was deafening.” To honour their ongoing commitment to NATO, the United States and each other, European countries and their leaders need to muster the political will to raise the necessary military expenditures and contribute more fully to international peace and security. Estonia has shown that it can and should be done.