Not only are ever more ethnic Russians choosing to become Estonian citizens, but they are joining the ranks of the Kaitseliit, the Estonian Defence League that until recently many Russian speakers viewed as an Estonian nationalist organisation that was profoundly anti-Russian.

This development, chronicled by the Russian journalist, Yevgeniya Volokhonskaya, for the Moscow outlet Spektr, is important. On the one hand, it shows ethnic Russians who have chosen to become Estonian citizens are not acting for pragmatic reasons alone such as having access to the EU, as some Moscow writers suggest, but are identifying with Estonia and its values.

And on the other, it indicates that Estonian institutions, even those most closely identified with Estonian nationalism, are quite prepared to accept Russian-speaking Estonian citizens as equals, thus undercutting Moscow’s constant refrain that Estonia’s citizenship law and much else are driven by narrow ethno-nationalism.

These two factors in turn mean that Estonia is a far more integrated society than Moscow insists and many in the West accept, and that the Russian government cannot count on Russian speakers in Estonia to listen to the siren song of the Kremlin propaganda even if they continue to watch Russian television.

Volokhonskaya says that “a decade ago … the Kaitseliit was considered in the local Russian-language milieu as a purely national phenomenon. Now, however, along with ethnic Estonians ever more Russian speaking residents are joining its ranks.”

Its commanders say, the Moscow journalist continues, that there are no “official statistics” about how many ethnic Russians and how many ethnic Estonians there are: “All of them are citizens of Estonia and it is inappropriate to divide them on an ethnic basis.” 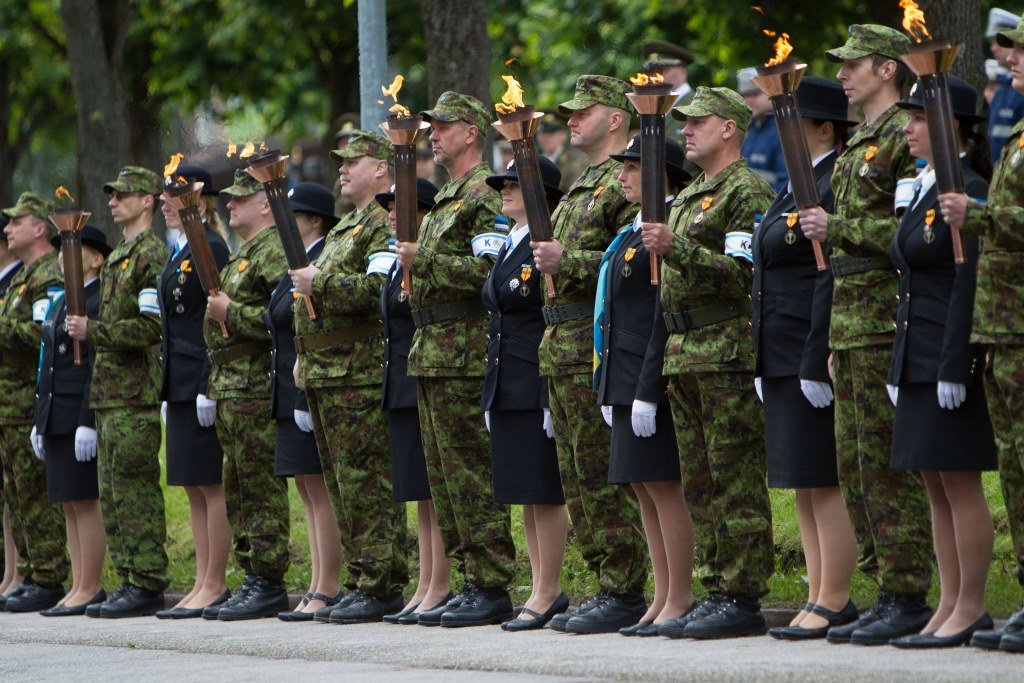 More than almost any other institution, the Estonian Defence League is closely connected with the history of Estonia. It was formed in 1918 and existed until the Soviet occupation began in 1940. Then it was restored in 1990 and has existed since that time. It currently has more than 25,000 in its ranks.

They “actively cooperate with local governments, the police, border guards, rescue organisations and fire departments,” she says. “Russians and Estonians … act together to put out fires and clean up spills as well as taking part in search and rescue operations.”  Everyone works together: their ethnic backgrounds are irrelevant. Personal skills are what matter.

Those ethnic Russians who take part in its work say they are doing so to serve their country, although some in the broader Russian-speaking community of Estonia still believe that the Kaitseliit includes many Estonians with ethno-nationalist views. However, as experience with that organisation increases, such views are being dispelled.

One ethnic Russian Estonian citizen with whom Volokhonskaya spoke put it best: people vary in many qualities but the variances among people of the same ethnic group are greater than the variances between such groups.

This article is a lightly edited version of the article originally published by Paul Goble on his Window on Eurasia blog. Cover: Members of the Estonian Defence League on an exercise (courtesy of the Defence League).