The former Estonian prime minister, Mart Laar, told Estonian World that the world still avoids talking about the crimes of communism and an international smash would draw attention to the issue.

“I’m afraid people still don’t dare to talk about the crimes of communism openly and to the full extent. It is feared that this may lead to name-calling. While the right-wing extremists are considered as scum, the left-wing extremists are sometimes regarded as heroes,” Laar said, pointing to Che Guevara, the late Argentine Marxist revolutionary, as one of the examples. “Che Guevara has become an icon in everyday life.”

According to Laar, a proper Hollywood smash about the communist crimes would make people more aware of the bloody history. “A decent feature film with Hollywood stars would surely wake them up,” he said.

The former prime minister also expressed a regret that a proposed Estonian movie on the topic, “Sailing to Freedom”, didn’t get a domestic go-ahead. Indicating that it could have been a potential international hit, the film would have told the true story about 16 Estonians who left Sweden in 1945 before they could have been returned to the Soviet Union that had just occupied their homeland – considering Sweden is reputed to have sent back Soviet escapees to their certain death or lengthy imprisonment – and crossed the Atlantic in a tiny wooden yacht. “Although, who knows – even “Katyn”, by the world-famous Polish film director, Andrzej Waida, failed to be awarded the Best Foreign Language Oscar, allegedly due to its anti-communist stance.”

Laar said that compared with most of the world, Estonia’s experience with communism is still in the national memory. “It is clear, however, that even in this country this absurd phenomenon tends to be forgotten gradually – it’s already over 25 years since it ended in Estonia,” he said, adding that communism has given rise to some “sadomasochistic nostalgia”. “So, we cannot stop talking about the communist crimes.”

A historian by academic qualification, Laar has over the years drawn attention to and written about communist crimes. He wrote a chapter regarding the Soviet crimes against Estonia in “The Black Book of Communism: Crimes, Terror, Repression” – a book documenting a history of repressions, both political and civilian, by communist states, including genocides, extrajudicial executions, deportations and artificial famines. Published in 1997 by the Harvard University Press, the book considers communism and Nazism to be distinct but comparable totalitarian systems – it estimates the communist regimes killed approximately 100 million people. 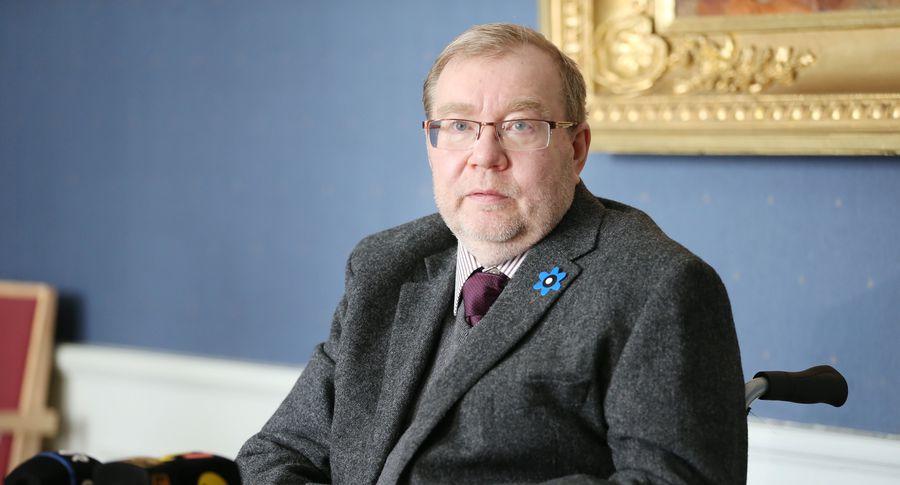 In May, Laar was awarded the Truman-Reagan Medal of Freedom by the Washington-based Victims of Communism Memorial Foundation for his role and work in exposing the atrocities of the communist regimes.