US Senator John McCain, who was regarded by many as a great and a true friend to Estonia, died on 25 August at the age of 81 after battling brain cancer.

Just a day earlier, the McCain family announced the senator had decided to stop medical treatments.

“Senator John Sidney McCain III died at 4:28pm on August 25, 2018. With the Senator when he passed were his wife Cindy and their family. At his death, he had served the United States of America faithfully for sixty years,” the family said in a statement.

Senator McCain was always regarded as a great friend to Estonia. The former president of Estonia, Toomas Hendrik Ilves, tweeted shortly after the news of the Senator’ passing broke, thanking him for all he did for the Estonian people.

“RIP John McCain. Thank you for all you did to help my people, my country, from back when we were a still captive nation and through the years since we  again became free. Thank you for being a hero. Thank you for teaching me how to lead a righteous life and to lead righteously,” Ilves said.

“Dear Cindy! My deepest condolences to you, your family and all friends of Senator John McCain. A Great politician, wonderful person, true friend and a Statesman has left. John, you will be missed,” the current president of Estonia, Kersti Kaljulaid, tweeted.

The Estonian prime minister, Jüri Ratas, said on Twitter, “The passing of John McCain is a sad day for the whole world, for he was a courageous and determined man, showing a remarkable understanding of global affairs. His contributions into the security of the Baltic states will never be forgotten. My deepest condolences to his family.” 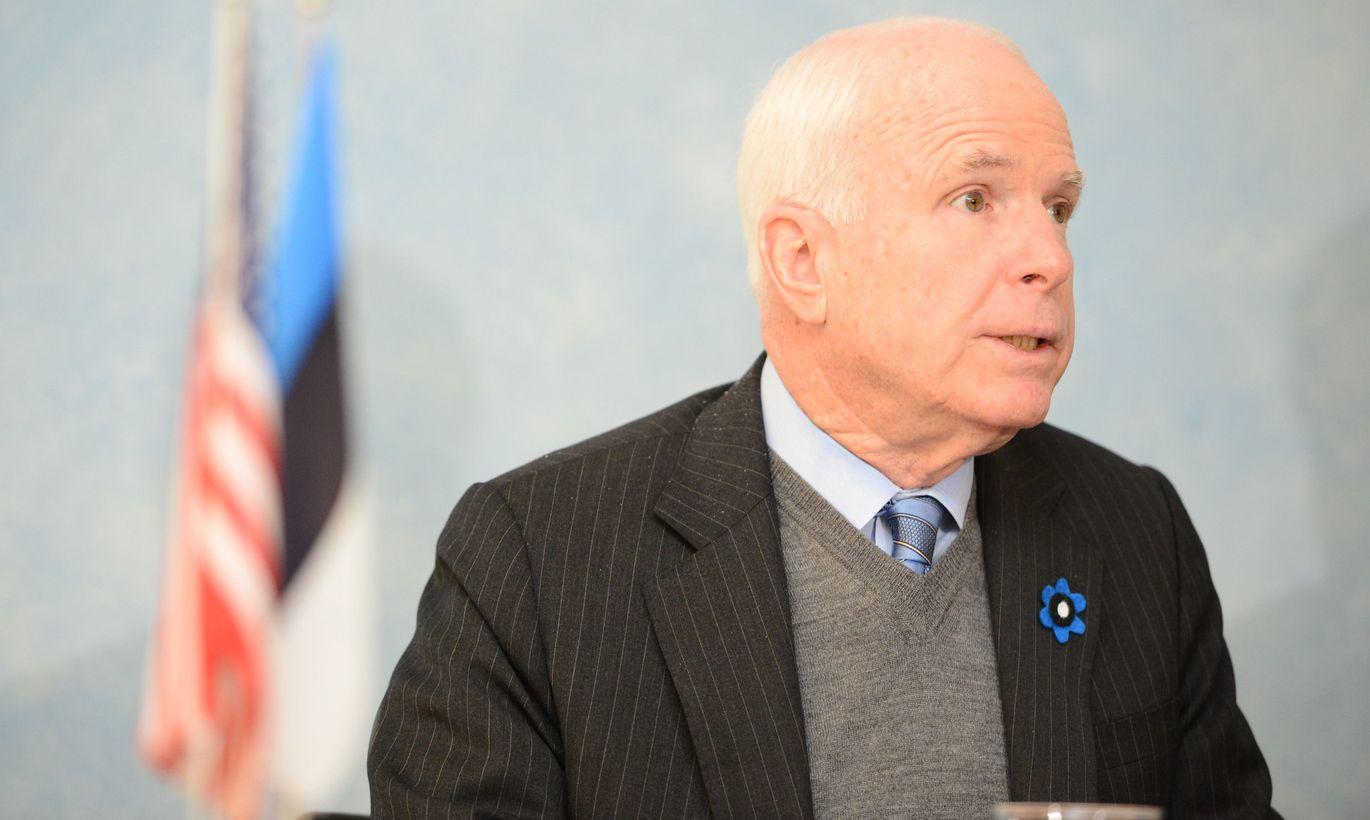 In 2016, after the US president, Donald Trump, had cast doubt on whether the US would come to the aid of the eastern flank of NATO in case of an attack, McCain, during his visit to Tallinn, assured the country the US was committed to the security of the Baltic region and NATO.

“I think the presence of the American troops here in Estonia is a signal that we believe in what Ronald Reagan believed, and that is peace through strength. And the best way to prevent Russian misbehaviour by having a credible, strong military and a strong NATO alliance,” the senator said.

McCain, born in 1936 in Panama, was a long-time Republican senator for the state of Arizona, but he was also known as a maverick who sometimes disagreed with his own party and sided with the Democrats. He also was a staunch critic of president Trump, a fellow Republican.

He ran for president in 2008 against Barack Obama, but gained only 46% of the popular vote and just 173 electoral college votes to Obama’s 365. During the campaign, McCain commented that even if he lost the election to Obama, America would still get a great president. In 2017, he said the US had stronger leadership under president Obama than under president Trump, even though he had criticised many of the Obama administration’s foreign policy decisions. 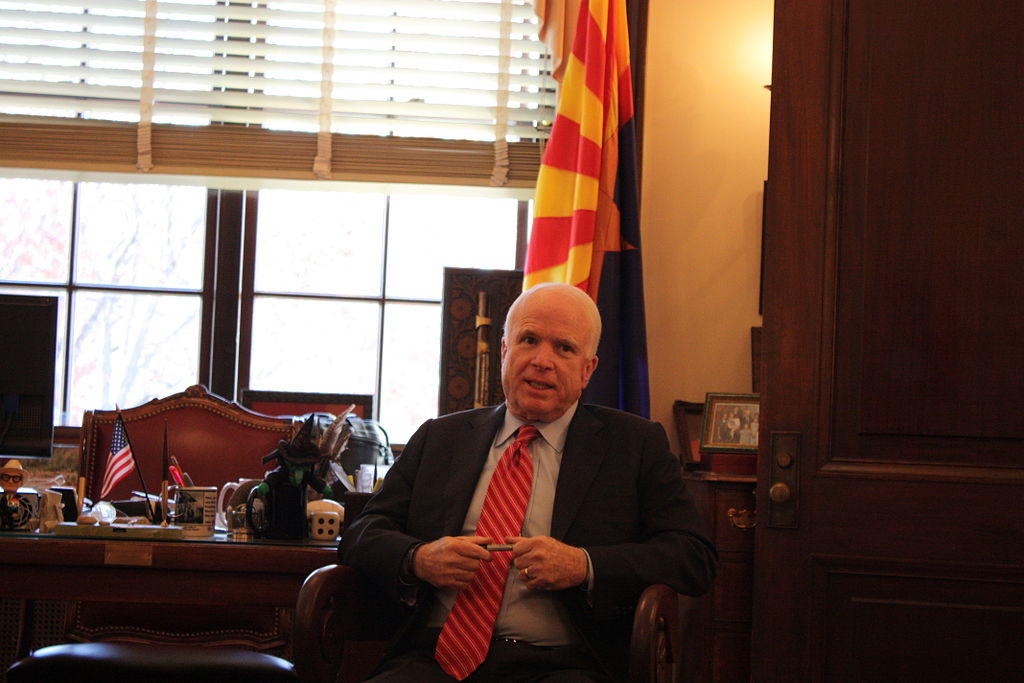 McCain served in the US Senate from 1987 until his death. Before being elected to the Senate, he served two terms in the House of Representatives. Before his political career, he had graduated from the US Naval Academy and served in the Navy from 1958-1981. McCain served as a Navy pilot and, during Operation Rolling Thunder in the Vietnam War, his plane was shot down and he was seriously injured. McCain was subsequently captured by the North Vietnamese and he was a prisoner of war until 1973. As a POW, he was severely tortured and his injuries he sustained during the war left him with lifelong physical disabilities.

President Trump not invited to the funeral

The Senator was diagnosed with a malignant brain tumour, called glioblastoma, in 2017. He was treated periodically with radiation and chemotherapy until he decided not to receive any more treatments on 24 August 2018.

McCain had been planning his funeral services over the last year and his family made clear that president Trump was not invited. Former presidents Barack Obama and George W. Bush were asked to give eulogies.

The late Senator will lie in state in the Arizona Capitol on 29 August, the day he would have turned 82 years old.