In the battle between a border crosser and a border guard, the latter has usually been on the back foot. Last year, over 72,000 people illegally entered the European Union and those states who border a non-EU country are required to make sure their national frontiers are secure and don’t become crossing points for illegal immigrants, smugglers or other criminals.

One company at the forefront of border security is Defendec. Its flagship product Smartdec uses a network of easily deployable cameras linked to motion sensors, which relay information to border guards in a matter of seconds. The system is already in use in several countries, from the Caribbean to East Asia as well as Defendec’s native Estonia where it has proven very popular with the Police and Border Guard Board. 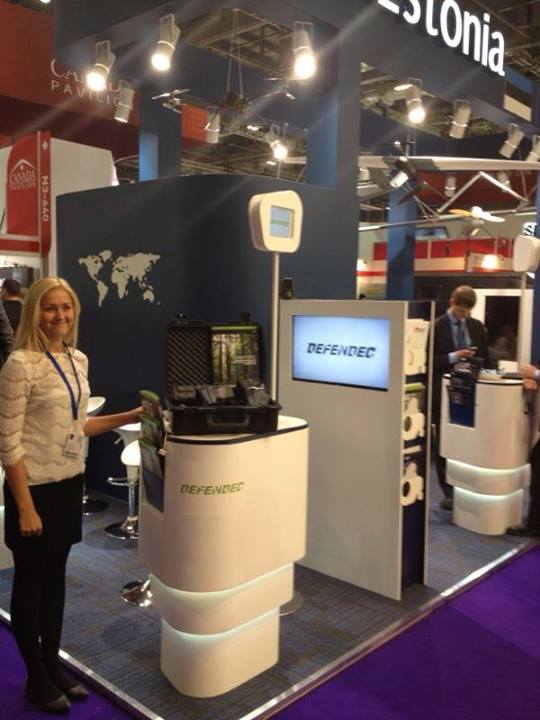 Smartdec’s cameras (not pictured) are small, lightweight, easily camouflaged and are equipped with batteries that can last for up to 400 days without a recharge, depending on the number of times they are activated. Unlike its competitors, Smartdec’s equipment is completely wireless so the traditional problem of how and where to run deep cables does not apply and the opportunities for sabotage are diminished. Hence it is ideally suited to protecting an external border that runs through a forested area, for example. The cameras are programmed to only recognise human infiltrators and not sound the alarm for elk, bears or other wild animals, so less time is wasted on spurious call-outs.

A key advantage of Smartdec is that it is operated entirely remotely. “One of the aspects that the [Estonian] Border Guard like most about it,” says Jaanus Tamm, Defendec CEO, “is that they don’t have to make assumptions as to what event has triggered the alarm. They can see a visual confirmation within a few seconds of precisely what has occurred and where, enabling them to respond in the most appropriate manner.” The detectors themselves are connected to the GSM phone network, which means most of Europe, even places away from major towns and cities, are covered.

Even in countries where GSM coverage is patchy, the system still operates, Jaanus explains. “In border areas in the Middle East or South East Asia for example, we can set up a local radio network to connect the cameras to the monitoring centre, like a kind of bridge, if there is no GSM network. There are a few options.”

A major advantage of the Smartdec system is that it lowers costs – guards are only deployed to legitimate intrusions and consequently, you don’t waste time and money responding to false alarms. As the patrols are initially deployed more efficiently, there is also the prospect of increased revenue in the form of fines paid by lawbreakers. “But you aren’t just catching illegal immigrants – you are able to catch people who smuggle tobacco or narcotics. In some countries people try to smuggle things like fish or even cattle, which can be sold illegally,” says Jaanus.

But the system has other roles besides that of border defence. “You can also protect any part of your critical national infrastructure using our system, so things like power plants and power lines or oil pipelines. These are typically in remote areas so a solution like ours makes the task of securing them much easier.”

Tamm, unsurprisingly, sees the future of border control and remote security in further automation and use of robotic systems. Interestingly though, he doesn’t believe this will lead to a lack of demand for human beings. “If anything it will lead to humans being given more ‘brain work’, where the emphasis is on tactics, planning and strategy. I think the industry will definitely see more UAVs being used – one of the great challenges of using UAVs at the moment is that you don’t know where to look. It’s easier in a maritime environment, where you have miles and miles of open sea but it’s much, much harder on land. If you combine a UAV with our system then you know exactly what you’re looking for and where to find it.”