Patrik Maldre describes the crucial days of 1918 when the Estonia-UK alliance was born.*

On 24 February 1919, the Republic of Estonia celebrated its first Independence Day with nearly full control of the nation’s historical homeland. And yet, only a short two months before that, the Soviet army had been camped 34 km outside of Tallinn and Estonia was on the verge of capitulation. With the weight of numbers against it, suffering from lack of modern weaponry and having no navy or air force to rely on, it may have seemed that Estonia was destined for another period of foreign rule.

But it was not to be so. In the country’s period of need, new allies reached its shores – on 12 December 1918, a British fleet, led by Rear-Admiral Edwyn Alexander-Sinclair, arrived in Tallinn bringing guns, food, fuel and, perhaps most importantly, hope. It was in those momentous days that the modern Estonia-UK alliance was born. 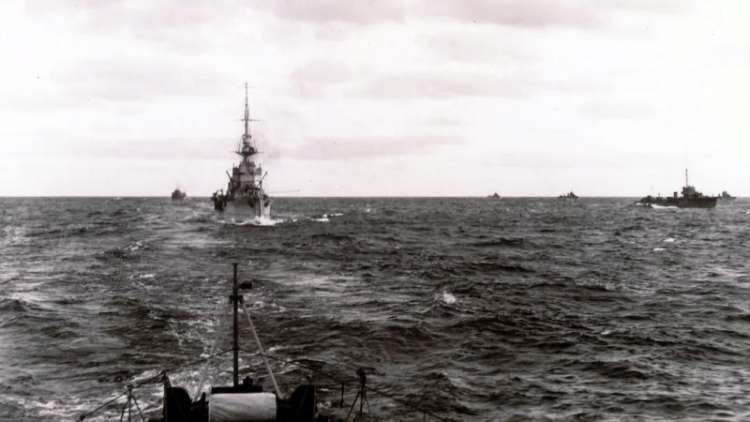 General Johan Laidoner, the commander of the Estonian forces in that era and perhaps the most storied Estonian war hero of all time, would later say: “I am sure that without the arrival of the British fleet to Tallinn in December 1918, the fate of our country and our people would have been very different – Estonia…would have found itself in the hands of the Bolsheviks.”

Of course, the arrival of the British in no way reduces the bravery and valour of the Estonian soldiers that successfully liberated the country and even pushed the front beyond Estonia’s modern-day borders. But it is no surprise that their morale and war fighting potential were given a significant boost by the 20 cannons, approximately 700 machine guns, 26,500 rifles, 31,000 cannon shells, 30.5 million bullets, vehicles, telephones, coal, oil, petrol and 550 tons of wheat that had arrived in Estonia from Britain by the end of February 1919. 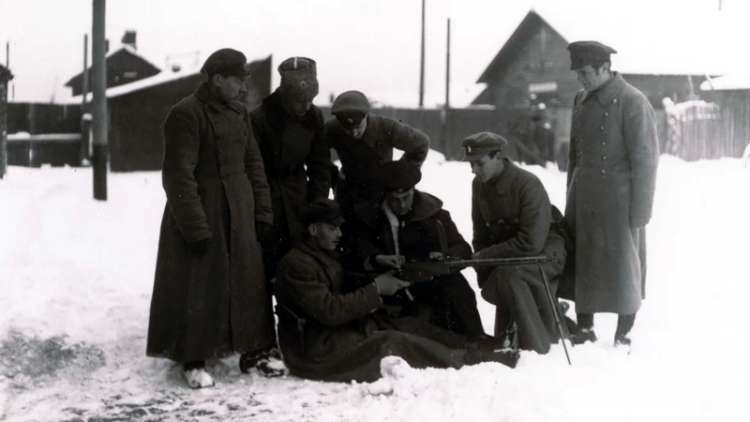 It goes without saying that, as with any other set of foreign policy decisions, the British actions in the Baltic in 1918-1920 are better explained not by pure altruism but rather through a consideration of both its values and its interests. After a final meeting with Estonian diplomats Ants Piip, Eduard Virgo and Mihkel Martna, the British declared: “The Government of Estonia is stable, determined and based on democratic principles in its fight against Bolsheviks and disorder.” It is significant that the Bolshevik Revolution in Russia had transformed an allied state into a hostile one, and Britain was motivated to prevent the violent spread of a communist world revolution.

However, having just fought in World War I, Britain was neither able nor willing to send in ground troops to Eastern Europe. It needed local allies, and it found potential partners in Estonia and the remnants of the tsarist White Russian Army. Additionally, Britain, being an island nation, was interested in guaranteeing freedom of the seas. Its extensive naval operations against the Soviet Baltic Fleet in this period not only guaranteed Britain future access to the Baltic but also effectively created the Estonian Navy when it handed captured Soviet vessels over to the Estonians.

Estonia the first state to repel the Soviet westward expansion

It must be stressed that the arrival of the British fleet in Tallinn alone did not win Estonia the war. The first-ever celebration of Estonia’s Independence Day on 24 February, while occurring at a triumphant moment for Estonia’s army, did not signify the end of the country’s struggle for self-determination and peace, for sovereignty and stability. A new Soviet counteroffensive was just beginning, new enemies would soon emerge in the form of the Baltic-German Landeswehr as well as the Estonian Red Army, and the White Russian forces would eventually fail to take back Petrograd and therefore the Russian state.

Yet, by the time the Tartu Peace Treaty was signed on 2 February 1920, Estonia had become the first state to repel the Soviet westward expansion and would ultimately aid Latvia in doing the same. The Estonian defence forces, which had at that point swelled to a dozen times its original size, also made exceptional use of armoured trains, among other innovative tactics.

Furthermore, the British were not the only ones to provide Estonia with assistance during the War of Independence. Nordic allies, especially the Finns, Danes and Swedes, also played a crucial and meaningful role in aiding Estonia’s achievement of self-determination; their roles are also deserving of memorialisation and appreciation. 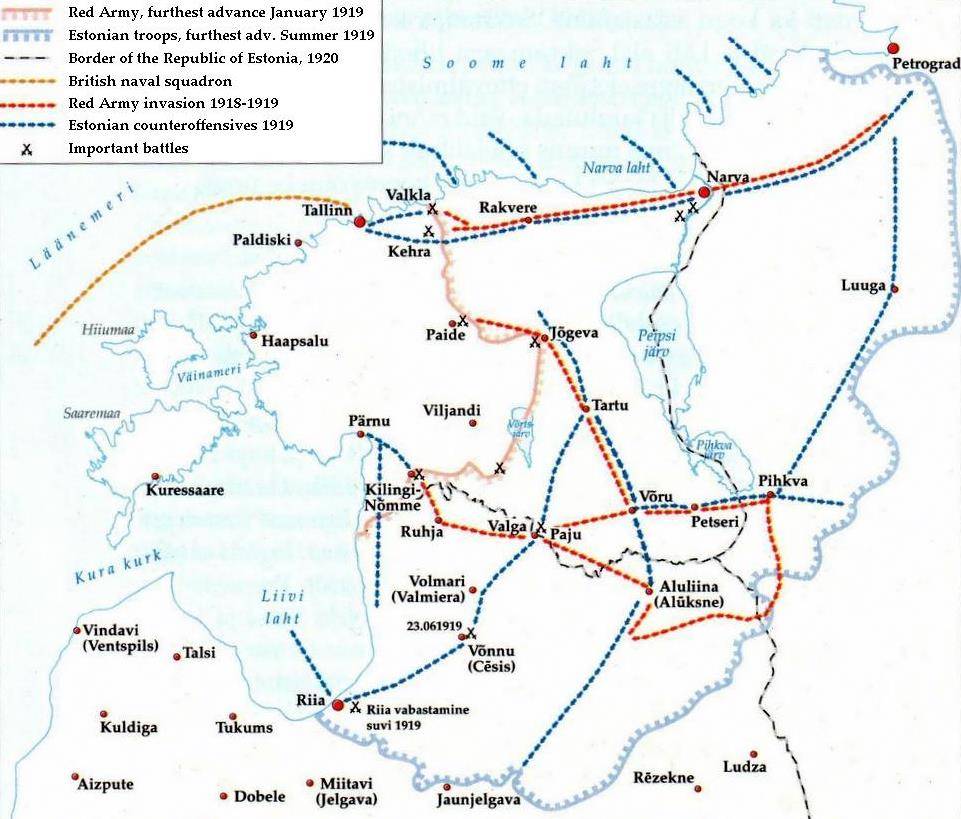 Yet the significance of the British fleet’s presence and activities cannot be underestimated. Not only did they protect Estonia’s military operations and coastal territories from being bombarded by Bolshevik ships, the overall danger of their naval mission was more than considerable.

For one, the Soviet Baltic Fleet at Kronstadt occupied perhaps the most heavily defended anchorage in the world, including with ships that had larger guns than the British vessels. Secondly, the nearest port of re-supply for UK ships was Copenhagen, and, for repairs, Portsmouth. Lastly, the Baltic Sea was the unpleasant host of over 60,000 mines. It is in this context that the British intervention must be understood and, ultimately, valued. 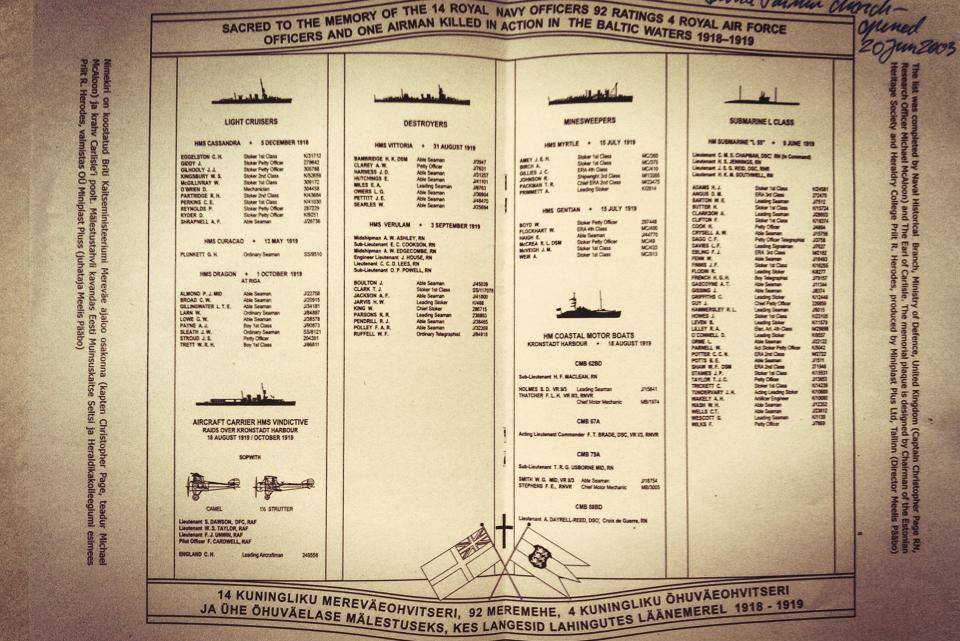 As we celebrate this day, the 99th birthday of the Republic of Estonia, we should take a moment to reflect on the lives of those who contributed to our first period of self-determination.

Let us remind ourselves that the Estonian volunteers who risked their lives to drive out all would-be invaders are not the only ones worthy of remembrance. Let us reflect also on the 112 British soldiers who sacrificed their lives near foreign shores so that the Estonian nation could, for the first time in recent history, be the masters of their own land. While this number may seem paltry next to the statistics of the fallen in the horror that was World War I, the meaningfulness of the British fleet’s actions and the political will that backed them, should never be forgotten.

In this day and age, the United Kingdom continues to be one of Estonia’s closest friends and allies. The earliest period of Estonia-UK defence cooperation is as important as how it has continued during the last decade of the Republic of Estonia’s history, and helps explain why it can and should continue to be so well into its future.

Cover photo: The flagship of the British fleet in Tallinn harbour. Photos: Wikimedia Commons. * This article was originally published on 24 February 2014 and was lightly edited on 22 February 2018.