The United Kingdom will deploy nearly 2,000 armed forces personnel to the Baltic Sea for a series of multinational exercises in support of European security.

Sailors and marines from all nations of the UK-led high-readiness Joint Expeditionary Force (JEF) will take part in the deployment due to take place in May, “which will underline the importance of protecting Europe at a time of increased threat”, the British ministry of defence said in a statement.

In early April, the defence ministers and representatives from JEF countries came together at the UK ministry of defence to discuss the deployment and test the mechanisms for mobilising the JEF, laying the foundation for the start of Baltic Protector.

A total of 3,000 military personnel from all JEF nations will be involved in the Baltic Protector deployment, which draws in around 20 naval vessels, including a number of Royal Navy ships. They will test themselves with maritime tactical exercises, amphibious drills, amphibious raiding practice, shore landings and naval manoeuvres. “This is the first ever JEF maritime deployment of this scale and demonstrates its ability to provide reassurance in the region,” the defence ministry said.

Capable of mobilising over 10,000 personnel

The joint force, now fully operational, is spearheaded by the UK and includes eight other likeminded nations – Denmark, Estonia, Finland, Latvia, Lithuania, the Netherlands, Norway and Sweden. The JEF builds on many years of experience between the UK and these countries.

“At full strength, the joint force has the capability to mobilise over 10,000 personnel in support of a variety of missions to deliver rapid and far-reaching effect,” the statement said. “And while Baltic Protector is maritime-focused, personnel from the British Army and Royal Air Force will also take part.”

“As Britain prepares to leave the EU, our unwavering commitment to European security and stability is more important than ever,” the UK defence secretary, Gavin Williamson, said in the statement. “Deploying our world class sailors and marines to the Baltic Sea, alongside our international allies, firmly underlines Britain’s leading role in Europe.” 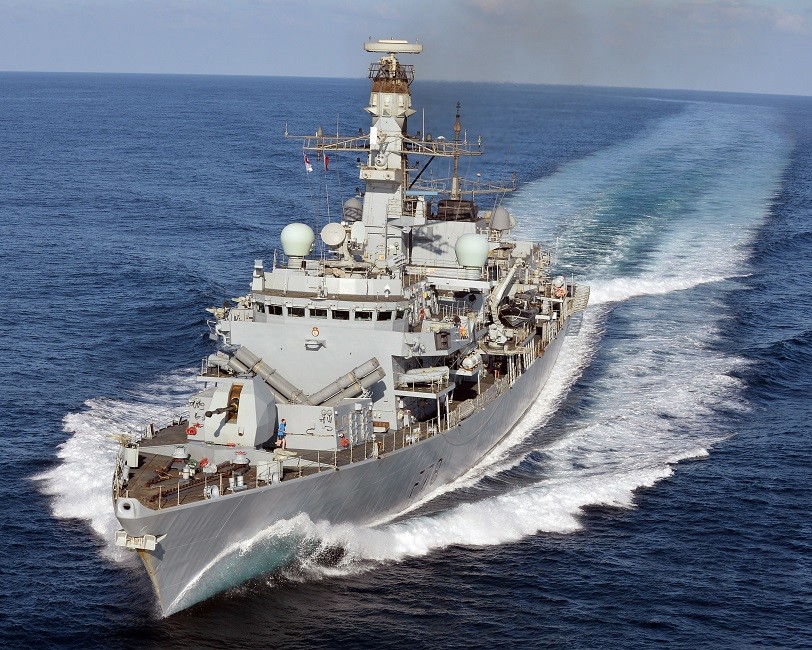 Testing the partners’ ability to operate together

Baltic Protector, the first deployment of the JEF Maritime Task Group, will be made up of three major exercises and is aimed at integrating UK and partner nations to test their ability to operate together.

JEF personnel and ships will also work alongside NATO allies during the deployment, further underlining the versatility of the joint force, and the commitment to supporting European security.

The JEF, which was established at the 2014 NATO summit and launched a year later, became fully operational with the signing of a comprehensive memorandum of understanding in June 2018.

As an adaptable high-readiness force that can be stood up anywhere, at any time and in any environment, the JEF can cover a range of tasks, including combat operations, deterrence or humanitarian support.