The prime minister of the United Kingdom, Theresa May, confirmed after her meeting with the new US president, Donald Trump, that the latter is “100 per cent behind” NATO.

May visited the new president in Washington, DC, on 27 January and at the press conference after the meeting, she said that Trump gave a strong backing to NATO.

The United Kingdom and the United States “are united in our recognition of NATO as the bulwark our collective defence, and today we’ve reaffirmed our unshakable commitment to this alliance,” she added. 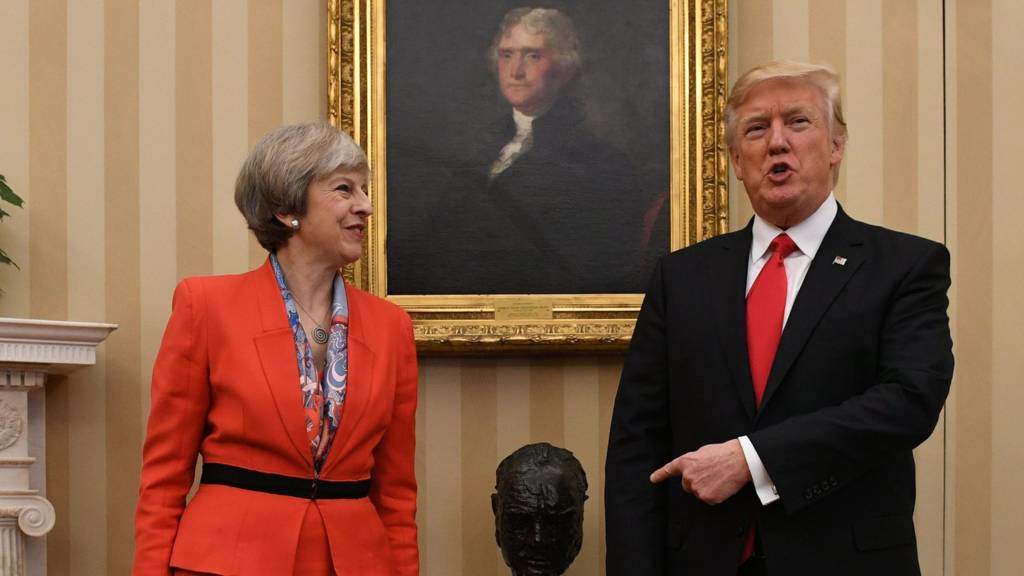 Trump had earlier called NATO “obsolete” and questioned whether he would come to the aid of NATO allies automatically, saying that if, for example, Russia attacked any NATO ally, he would decide whether to come to their aid only after reviewing whether those nations “have fulfilled their obligations to us”.

Only five NATO allies spend 2% of their GDP on defence

One of the obligations of NATO members is to spend two per cent or more of their GDP on defence, and May said after the meeting that she agreed to continue her efforts “to persuade my fellow European leaders to deliver on their commitment to spend 2% of GDP on defence, so that the burden is more fairly shared”.

Currently, only five NATO allies – the United States, Greece, the United Kingdom, Estonia and Poland spend 2% or more of their GDP on defence.

May was the first foreign leader to meet the new US president, who was inaugurated on 20 January.

Earlier in January, May promised to come to Estonia’s aid in case it was invaded by Russia. “Article 5 of NATO says that we do go to the support of any NATO country that has military action against it,” she said.

Cover: An 1918’s poster depicting the “special relationship” between the US and the UK (the image is illustrative.)