99math, a new Estonian-founded game platform to motivate students to learn math, engaged simultaneously 9,000 students in an online competition; the platform’s next ambition is to attract a million students from all over the world.

The game day, that took place on 30 January, involved more than 9,000 students from 200 schools in Estonia – they competed in addition, subtraction and multiplication. Players from first to 12th grade were competing online, in real time. The aim was to offer students an interesting experience and make math more exciting for them.

The 99math platform was created by high school student Timo Timmi with an aim to help teachers make their lessons more fun and motivate students. The game lets the participant choose between different mathematical equations and compete with the whole class to see who’s the best.

“I am helping solve a problem that both teachers and students have complained about. In a world full of information, math has become less important and this type of competitive game sparks conversation about mathematical knowledge,” Timmi told Estonian World. “Nowadays, mathematical skills are really important and studying has to begin early. However, if students are not motivated, then they will miss fundamental knowledge and their development will be affected.”

According to Timmi, the game has already shown results by improving classroom atmosphere and student motivation. “It has also been praised by teachers who think of it as an exciting and inspiring platform,” he said. “I’ve watched our game being played in class. It’s heart-warming to see students feel the thrill of solving math exercises and them asking to play it again.”

Mariliis Oder, a teacher at the Salme Elementary School, who participated in the math game day with two fourth-grade teams, said in a statement that the idea was “wonderful”. “It was a pleasure to see the kids play [this game], it made me feel quite excited.” 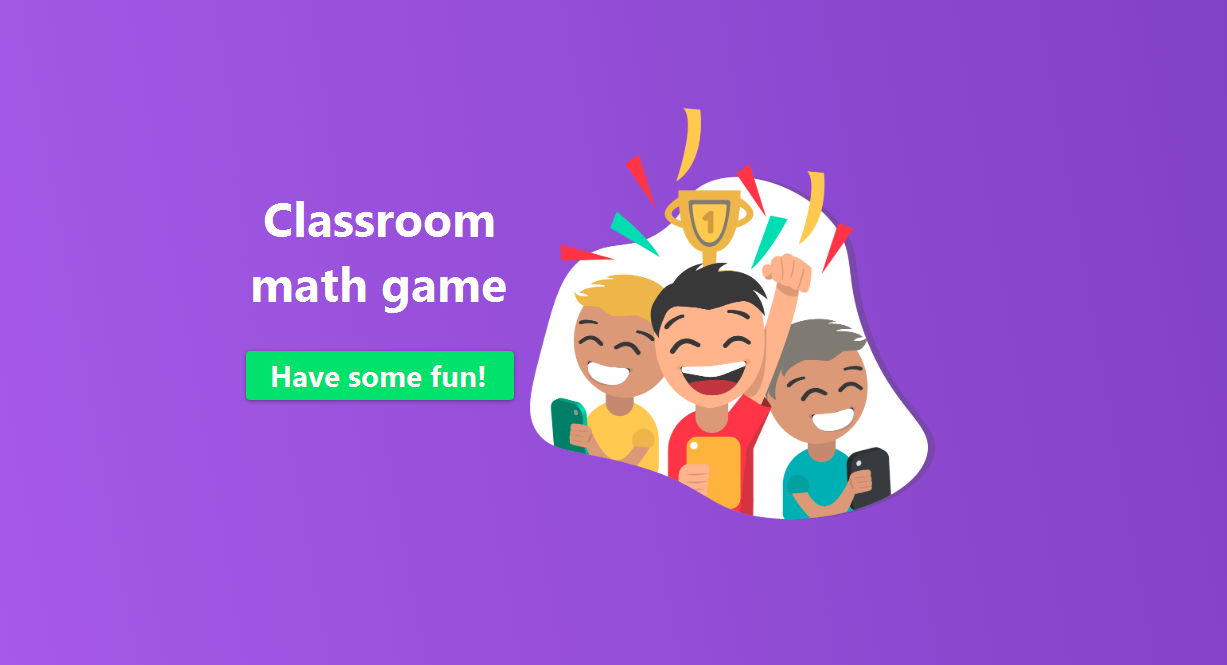 Timmi added that 99math wishes to organise a game day with one million students from all over the world. “This way we can reach even more young people and give them a positive feeling about math.”

Cover: Schoolchildren from the 5th grade at the Tartu Descartes Lyceum competing in math game online (courtesy of 99math).