An Estonian defence company, Terramil, has started manufacturing plastic bomb shelters that can be assembled in less than two hours and accommodate up to 12 people. 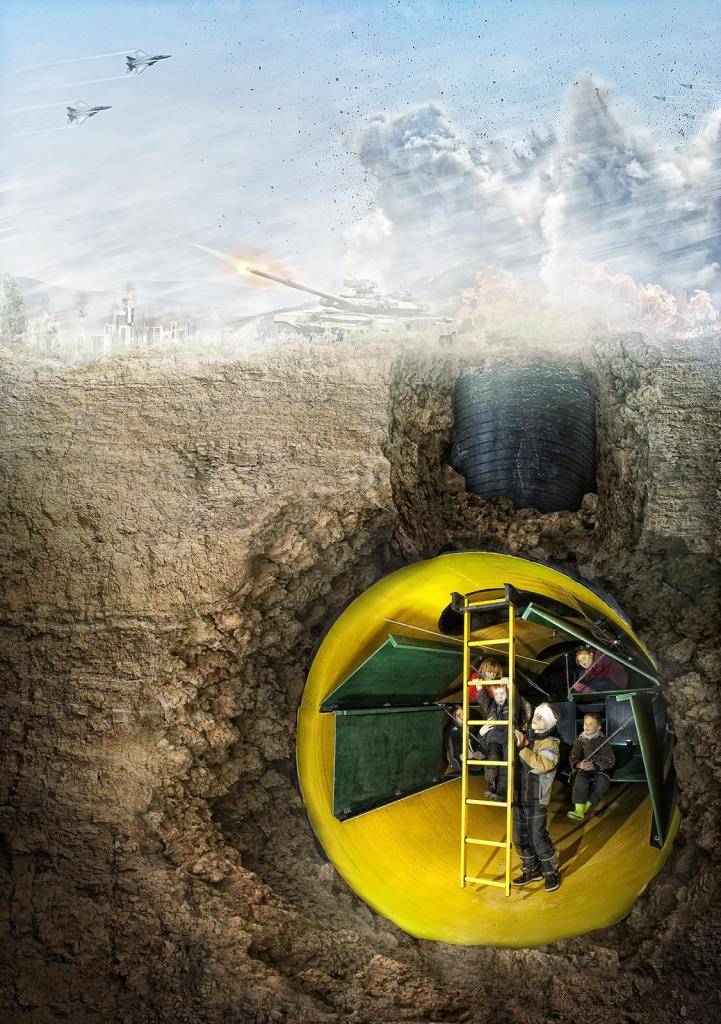 The Terramil mobile bomb shelter, called Sub Safe U1, is made of polyethylene – the common plastic. It is UV, acid, soil and weather proof and will endure extreme temperatures, being usable in temperatures from -50 ˚C to +80˚C (-58˚F to +176˚F).

The shelter is module-based, which means that multiple shelter modules, each accommodating up to twelve people, could be connected together if needed, forming a kind of underground settlement. There are also various accessories available: a lavatory, a sink, a medications cupboard, various filters and ventilation solutions, electricity and server points.

According to Kristo Kirs, a board member of Terramil, the shelter is unique in the world because it’s the only one that is made of plastic, making it 100 percent water proof. Kirs said that competing shelters are usually made of either concrete, wood, or steel, and none of them is absolutely water and damp proof, nor mobile.

Terramil’s shelter is about six metres long and weighs approximately two tonnes and if a construction digger is nearby, shouldn’t take longer than couple of hours to assemble. Because of its relatively low weight, these shelters are mobile and can be transported by a lorry.

Terramil has already tested the shelter, in collaboration with the scientists from the University of Tartu, and proved the shelter withstands attacks against the effects of 155mm shell, a common NATO-standard artillery calibre. It will be tested in Tapa military training base by the NATO as well, as an air-raid shelter against bomber planes.