Ever run out of beer and curse the heavens? For Estonians, that happens all the time. Well, now there’s an app for that. *

Often, new apps are a solution in search of a problem. But not this time.

Issue: you finish a hard day of work, open the fridge to fetch a cold beer, but oh, no, there’s only an expired carton of milk and a can of soda. The former causes nausea and the latter causes cavities. Neither will quench that thirst.

Issue: it’s 1 AM, and that house party is raging on. But, the beer cooler is approaching empty. Obviously, you didn’t account for uncle Hendrik, who always shows up empty handed but leaves fully inebriated.

Enter, to the rescue, the new Estonian collaborative venture Taevast Õlu (Beer From Heaven). The brainchild of two childhood friends, tech geek Aksel Jant and brewer Leho Lõbus, the new company unites a phone app, a fleet of drones, and exceptional suds to deliver craft beer to your doorstep.

The system, consisting of only three simple steps, works as follows. First, open the app on your smartphone. Second, scroll through the list of currently available beer styles and enter a quantity for each. Last, walk outside and await your beer delivery from the heavens. It’s that easy.

“In a sure sign the future has arrived, shopping for beer is now pants optional,” Jant said.

The app is sleek and streamlined, as expected from contemporary-minded Estonians. But, it does have its share of bells and whistles. Once your order is dispatched, you’ll receive a notification on your phone, at which point you can open the map browser to follow the drone’s progress in real time. The drone icon, of course, is a foaming mug of beer.

A timer in the corner of the map counts down the minutes until hops nirvana. Although two-hour delivery is standard, a half-hour delivery aboard Taevast Õlu’s “Concorde” of drones is available for a premium.

”Look out Rudolph, this is going to be bigger than Santa and his reindeer,” Lõbus said. 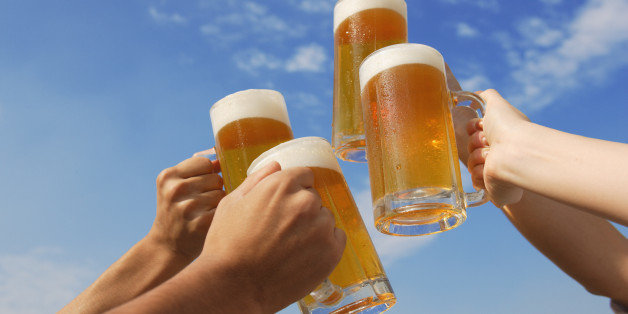 Searching for a central location, the business partners chose Paide, Estonia, as the seat of operations. The 2,500-square metre building includes a 200-barrel brewing system, office space, a drone hangar, and an air traffic control tower shaped like a beer bottle. With room to expand, Taevast Õlu hopes to eventually offer morning-after delivery of ibuprofen and bacon, egg, and cheese hangover breakfast sandwiches.

But, as with many startups, the early days were not without mishap. During a practice run late last year, a case of glass bottles containing a special bitter ale tragically fell from a drone, instantly killing a farmer on the ground. Bitter indeed. At the time, Taevast Õlu issued the following statement: “We are deeply saddened by today’s tragic accident. At Taevast Õlu, we take the loss of innocent beer very seriously and are taking steps to prevent the harrowing loss of fine craft brew in the future. Cans, we’re thinking, indestructible cans are the answer.” 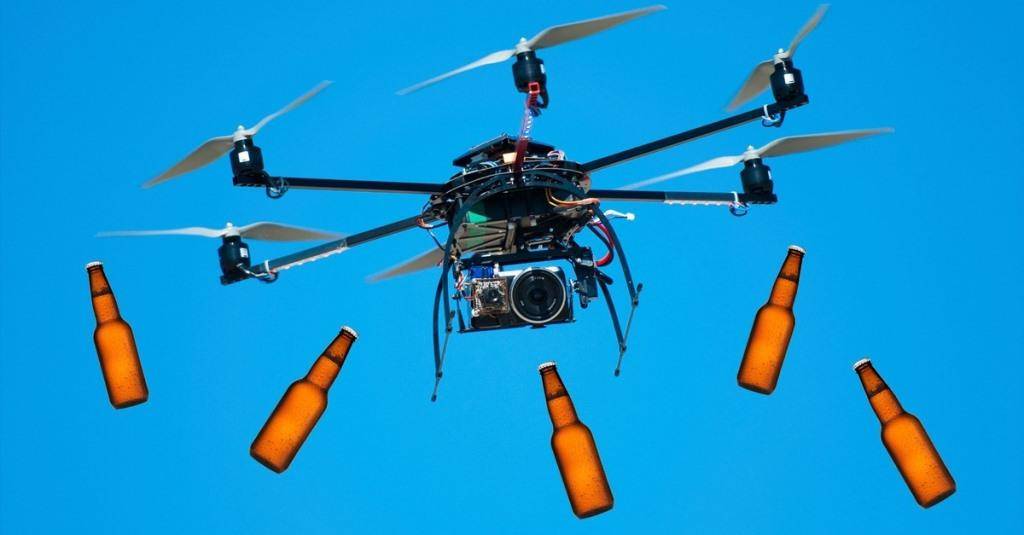 Impressively though, subsequent test runs were able to deliver cases of dunkelweizen to Estonian town of Haapsalu in under an hour, perfectly cooled to nine degrees Celsius – and without  a single fatality. As such, positive reviews are pouring in. Said beta tester Mati Petis: “First, man invented fire, then the wheel, and now a craft-beer-on-demand app. To all the doomsayers of the world, I say put that in your pint glass and drink it!”

The app is finally turning a profit, and to be sure, investors and venture capitalists are taking notice. As are foreign entities, which are looking to bring the technology to their homelands. To satisfy pent up demand, dignitaries from the beer-swilling usual suspects of the Czech Republic, Germany and Belgium recently toured the facility salivating over the delicious ales, as well as the potential tax dollar revenue.

Currently available beers include the following:

The Taevast Õlu app is available as a free download at both the App Store and Google Play.

The cover image is illustrative. * Please note that this story was an April Fools’ Day joke.