Freedom House, a US-based think tank, has rated Estonia as the country with the freest internet in the world.

“Estonia has become a model for free and open internet access,” Freedom House said in this year’s Freedom on the Net index. “It is the EU member state with the most digital public services, and private services are largely internet-based.”

The organisation also said that Estonia continued to be one of the most connected countries in the world with regard to internet access, and Estonian internet users faced very few obstacles when it came to accessing the internet.

The report does, however, point out that there have been some instances of content removal related to online communications. “Most of these cases involve civil court orders to remove inappropriate or off-topic reader comments from online news sites,” the report noted. “Comments are also sometimes removed from online discussion forums and other sites. Generally, users are informed about a given website’s privacy policy and rules for commenting, which they are expected to follow. Most popular online services have a code of conduct for the responsible and ethical use of their services and have enforcement policies in place.”

“One of the very few content restrictions is found in the Gambling Act, which requires all domestic and foreign gambling sites to obtain a special license or face access restrictions,” Freedom House added.

Estonia is followed in the rankings by Iceland, Canada, Germany, Australia and the United States. The least free countries in the index are China, Syria, Ethiopia, Iran and Cuba. 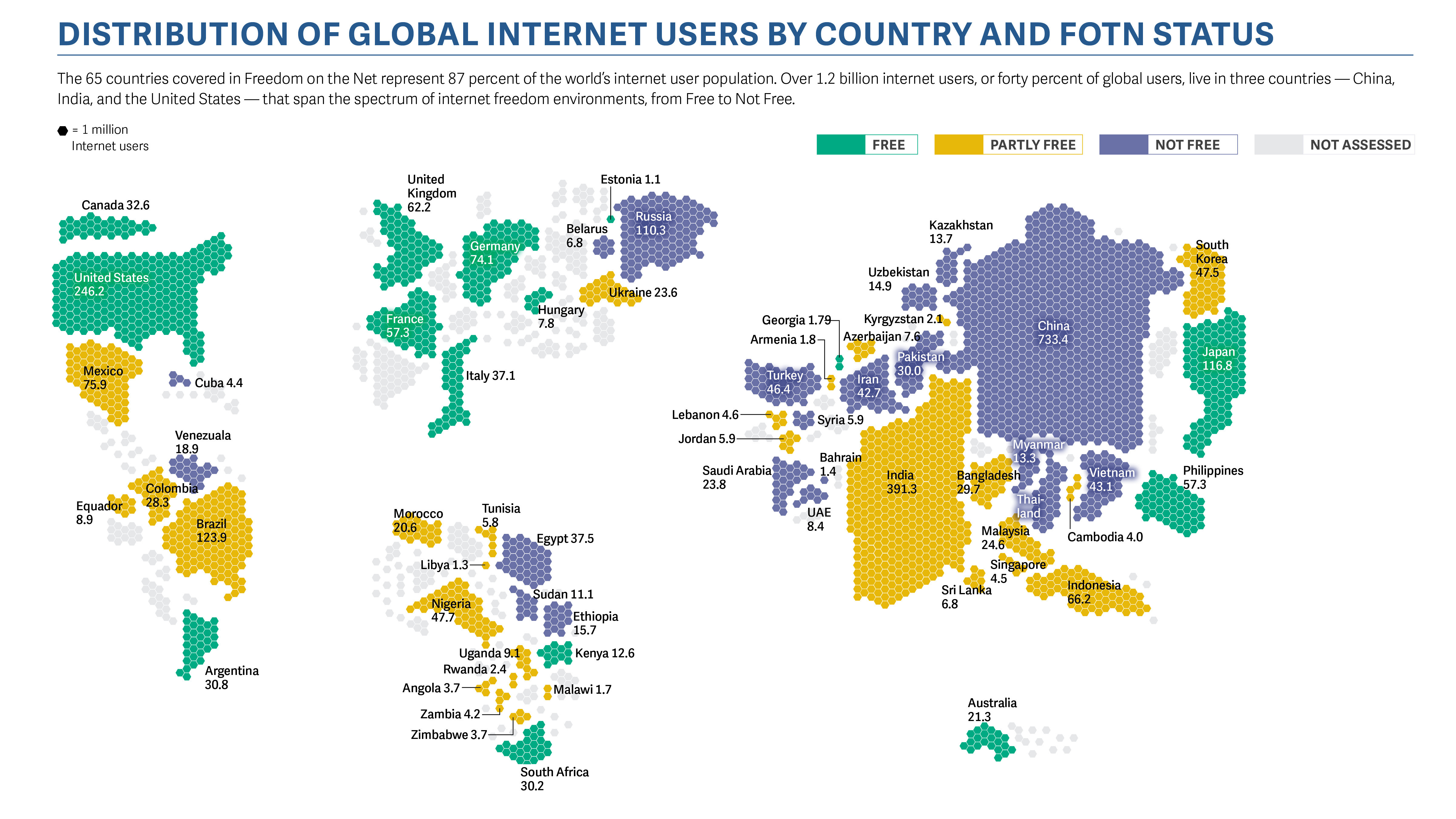 Estonia also came first in the Freedom on the Net 2016 index.

Freedom House is a US-based, US government-funded non-governmental organisation that conducts research and advocacy on democracy, political freedom and human rights.

Cover: A young woman in Tallinn on internet (the image is illustrative/by Aliis Sinisalu/Shutterstock).