Estonia has become the 21st European country to sign the European declaration on high-performance computing with the aim to pool European and national resources to build and deploy world-class supercomputers that would be ranked in the world’s top three by 2022-2023.

High-performance computing is needed to process ever-larger amounts of data and help researchers make scientific breakthroughs in many areas from healthcare and renewable energy to car safety and cybersecurity. Therefore, the European Commission is leading an initiative to pool the resources and investments across Europe and enabling European Union member states to collaborate on a joint supercomputer programme.

“Supercomputers are becoming the engine of our economy, fuelled by large amounts of data. The EU is currently lagging behind: we do not have any supercomputers in the world’s top ten,” Andrus Ansip, the European Commission vice-president and a former Estonian prime minister, said in a statement. “Estonia cannot reach the top alone, and we need to work together at EU level.”

According to Ansip, the initiative will give Estonian researchers, public administration and companies access to world-leading supercomputer capacity – to develop and use technologies such as artificial intelligence and build new applications in areas like health, security and engineering. 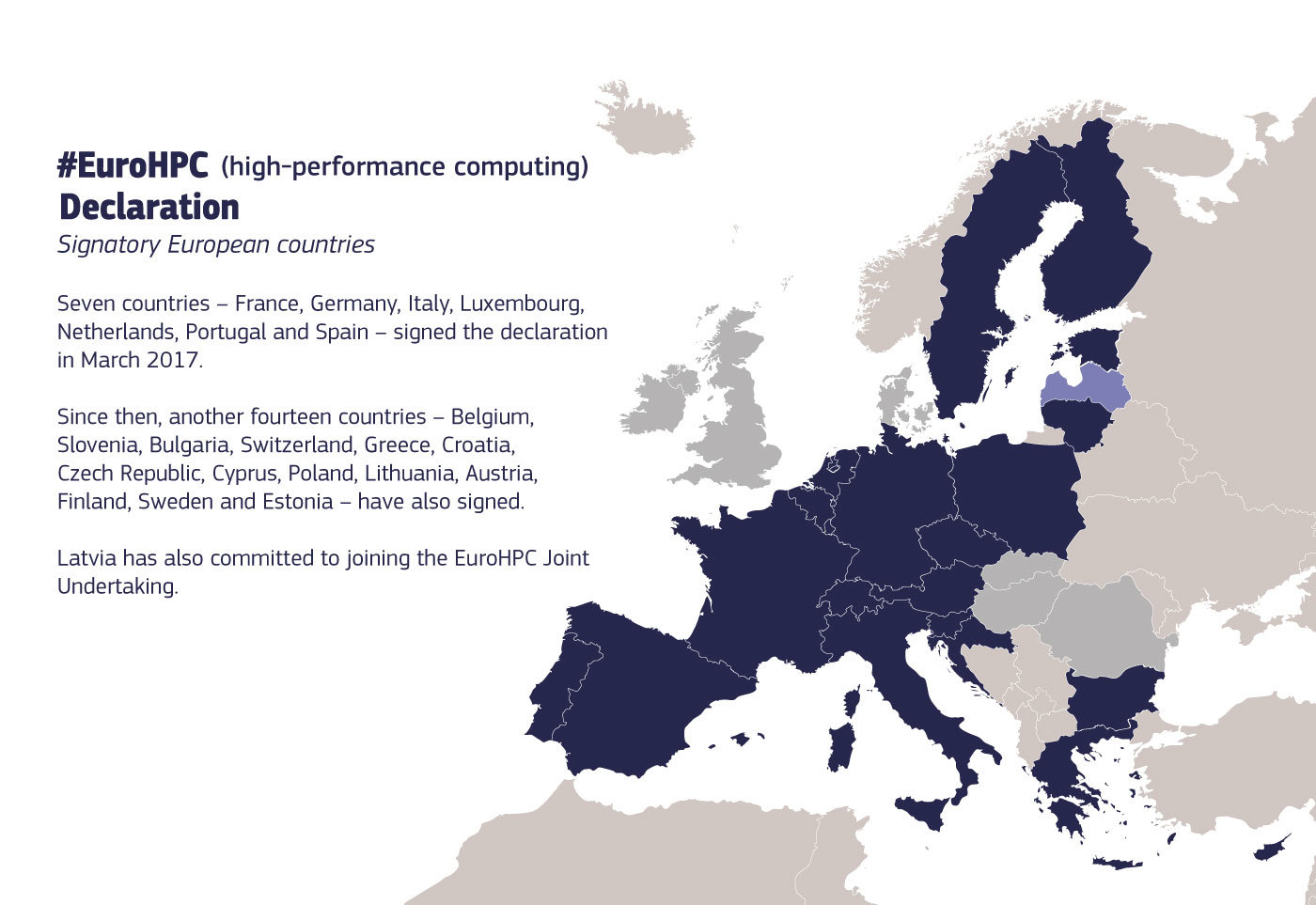 The HPC project is due to begin operations before the end of 2018 and will cover the whole value chain from technology components to systems and machines, and to applications and skills. It will offer expertise and training with a particular focus on helping small and medium-sized companies.

The project is expected to cost around €1.4 billion, with around €1 billion financed by public funding – with the costs split between the EU and member states – and the rest by the private capital.