In the last four years, the number of game development businesses in Estonia has grown from 15 to 83 companies, showing that the country has the prerequisites for becoming a host for a vibrant gaming industry.

A few years ago, the Estonian game development scene looked like a kind of “prehistoric organism” with no signs of vitality. Luckily, things have moved on. Nowadays, Tallinn hosts its very own annual international game development conference, GameDev Days; the recent one attracted over 500 attendees from across Europe, welcomed by the Estonian culture minister. This leap would have been impossible without the dedicated efforts of some diehard industry devotees.

There are important reasons to be devoted – the global industry for game development is growing rapidly. In 2017, the global market for computer and video games increased by almost 20%. According to a recent report by SuperData Research, last year the revenue of game industry exceeded USD100 billion, leaving the film industry far behind.

In contrast with the stereotype that the game development industry centres around the US or China, the actual international centre for game production is in Scandinavia. Finland is home to studios such as Rovio, Remedy, Housemark and Supercell, which have an annual revenue of over €2 billion – while global hits like Minecraft and Candy Crush were created by Swedish companies Mojang and King.

Local industry leaders believe Estonia can emulate the success of its northern neighbours. “In Scandinavia in the early 2000s, there were several large companies and many small independent developers. They began to gather together, exchange ideas and gradually this exchange of information led to the fact that small developers began to pull themselves up and grow into viable enterprises,” Marianna Krjakvina, the head of Estonian branch of the International Game Development Association (IGDA), said in a recent interview with Delovye Vedomosti (a Russian-language financial newspaper published in Estonia – editor). 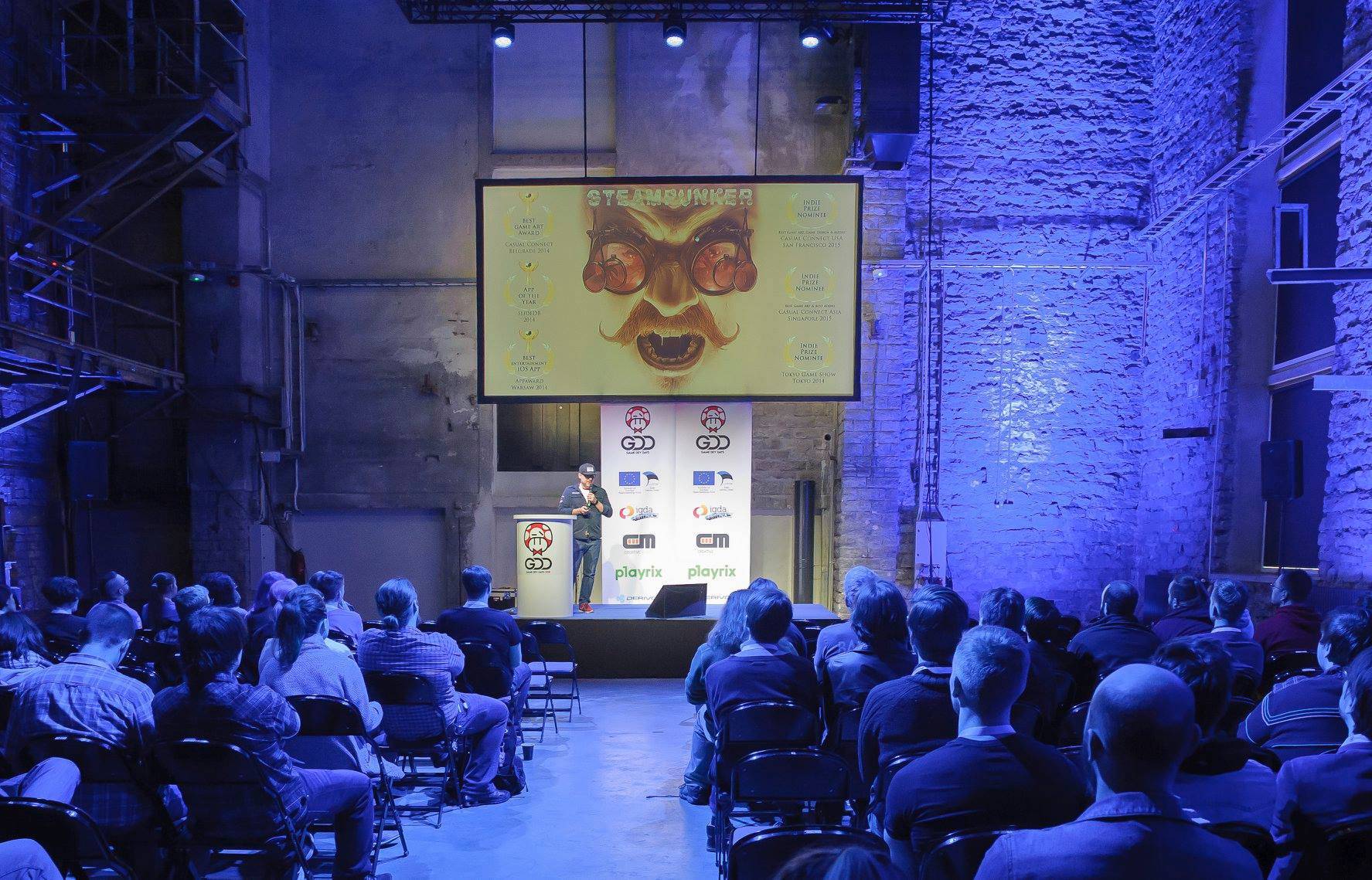 Krjakvina herself knows the pain of building an enterprise in a completely unknown situation. She was part of the establishing team of Creative Mobile – by now Estonia’s biggest and most successful mobile games producer.

The company was founded in 2010 by a small group of partners who were first acting by intuition rather than according to any pre-set rules. At that time, there weren’t any mentors or experts who they could lean on, and the economic crisis was in full swing.

They got their big breakthrough: their mobile game, “Drag Racing”, proved to be extremely popular and brought €5 million net profit by 2013. This year, Creative Mobile released an officially licensed X-Files game in partnership with FoxNext Games; they employ over 100 people and their games have been downloaded more than 350 million times across the world.

“Luck is an important component of any big success, but it shouldn’t be a requirement for having a career in a field that you are passionate about,” Vladimir Funtikov, the CEO of Creative Mobile, confessed in his opening speech at the GameDev Days conference on 16 April. “We needed to jump through way too many hurdles, and it took a sequence of unlikely events to set me up for a career that I didn’t think was possible.”

Funtikov, as well as other active members of local game development community, believe that newcomers to the industry shouldn’t need to repeat the thorny path they passed through. Therefore, the local branch of IGDA was established in 2014, to unite game developers in Estonia and to build a community that supports novice developers. 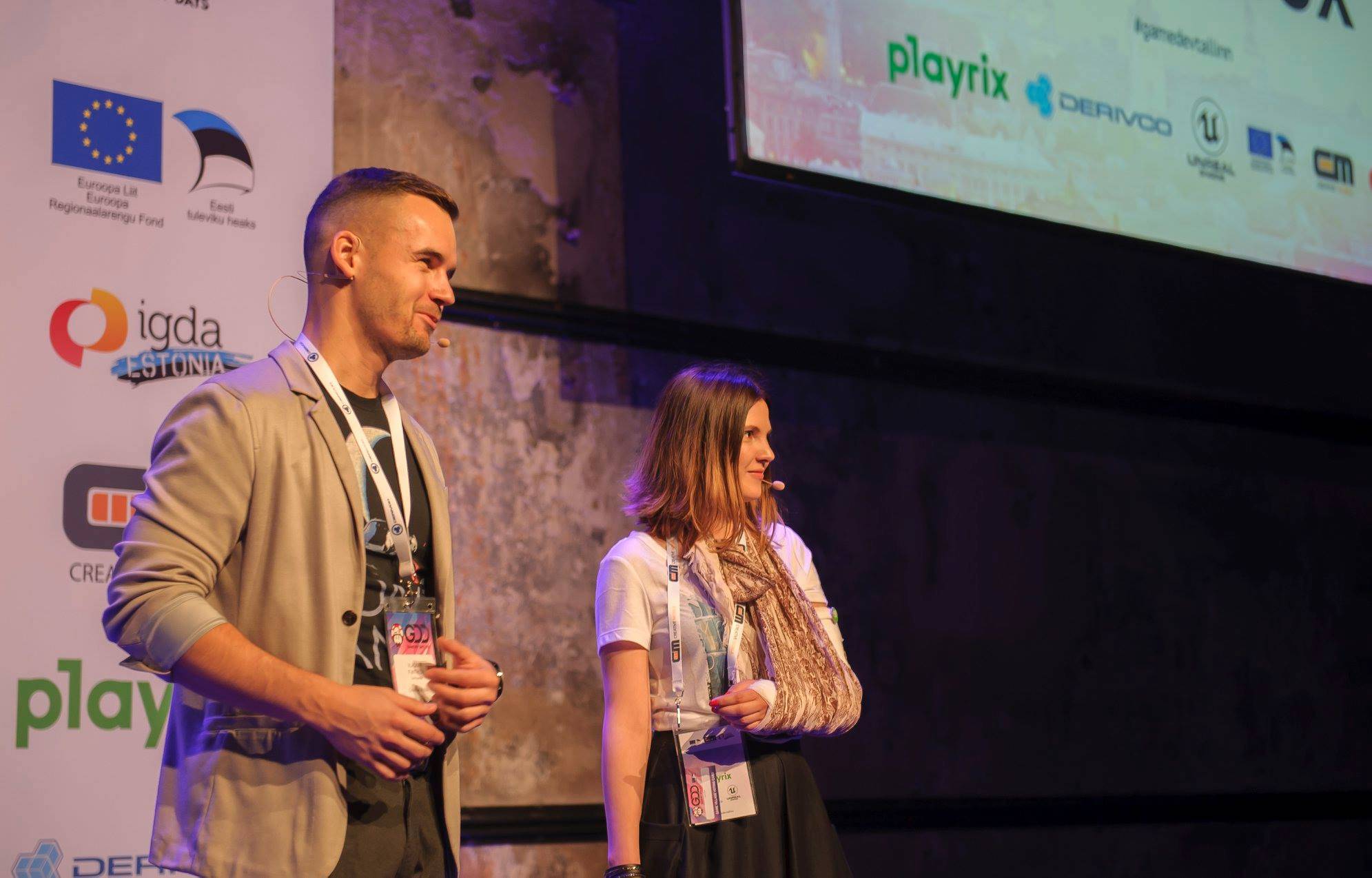 Estonia has the prerequisites for a vibrant gaming industry

As the organisation itself notes, in the last four years, the number of game development businesses in Estonia has grown from 15 to 83 companies. These, of course, are not only enterprises who create games, but also those who provide related services, such as software solutions, designs, publishing, advertising etc.

The association holds monthly meetings for local game development companies, workshops as well as GameJam events – hackathons for video games. The flagship event of their activities is GameDev Days – an annual international conference for game development, which attracts hundreds of attendees from Estonia and abroad. 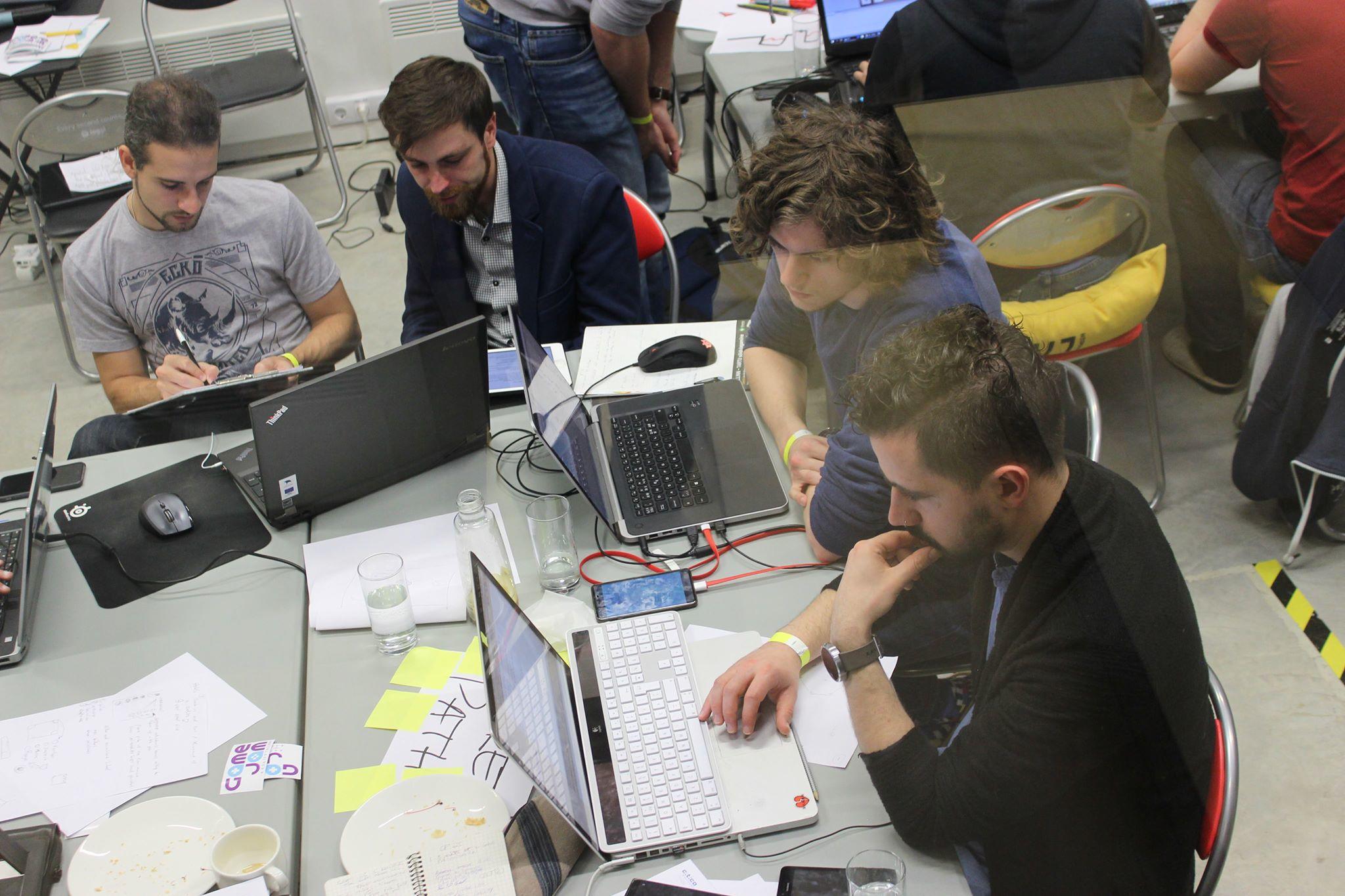 The universities have also noticed the wind of change – Tallinn University, the Estonian Entrepreneurship University of Applied Sciences and the Estonian Business School have all started to offer programmes or modules that are directly related to the games industry.

At last, the Estonian government has started to pay attention to the industry. The state supports IGDA Estonia and its activities with the funds from the European Regional Development Fund. “The gaming industry is by no means mere entertainment. This is a rapidly evolving field in the creative industries sector whose growth rates speak for themselves,” Indrek Saar, the country’s culture minister, said at the opening of GameDev Days. “Estonia has excellent prerequisites for both the development and export of the gaming industry,” he added. 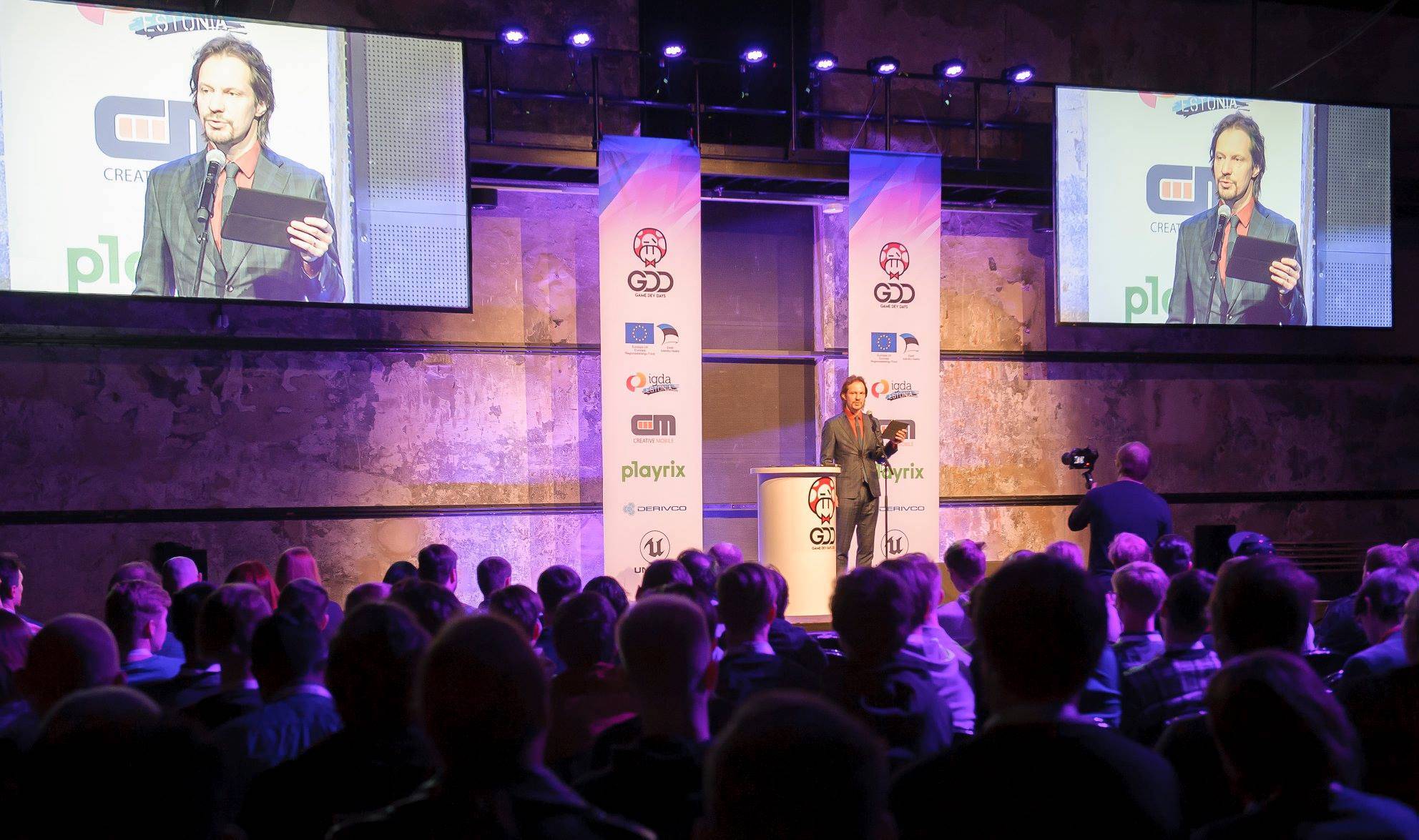 “We all quit our jobs and started the studio”

Indeed, today’s Estonian game development scene is going through a rapid evolution. It consists of large and well-established companies as well as of a bunch of small novice studios.

Take, for example, Ringtail – one of the oldest studios in Estonia, founded in 2006. The company itself does not produce games but specialises in creating graphic elements for third-party customers. And although it is not widely known to the Estonian public, it can boast having Warner Brother Games, Sony and Activision among its clients and creating 3D designs for the world-famous Call of Duty shooter series. Its team of over 50 artists produces premium quality assets for AAA games (AAA is a classification term used for games with the highest development budgets and levels of promotion; AAA is expected to be among the year’s bestsellers – editor).

One of the remarkable features of the game development business is that it can offer high profitability in comparison with costs. An example of this is Playflame, which is based in Rakvere. It was founded by Ander Kumm and Kalle Kangur – friends since childhood who grew up playing video games together and enjoyed it so much that eventually they tried to produce them. Since 2009, they have been creating games for mobile phones, with cute monsters and unlucky zombies as the main characters.

“The truth is, we don’t feel that Playflame is super successful yet. We’re still working hard and learning every day. Collectively, our games have been downloaded 10 million times and that’s still a very small and modest number compared with the download and revenue numbers of bigger game studios,” Kumm said in an interview with GameDev Magazine. “With hard work and a little bit of luck, we’ve experienced some mild success early which has been helping us slowly grow our company and allows us to make more games. Hopefully, this is just the start of something great for Playflame.”

Then there are many young emerging studios, whose only property so far is courage and enthusiasm. Like, for example, Limestone Games, a studio with 11 people who devoted almost a year to develop their first game, “Aeon Must Die!” – “an existential sci-fi massacre”. 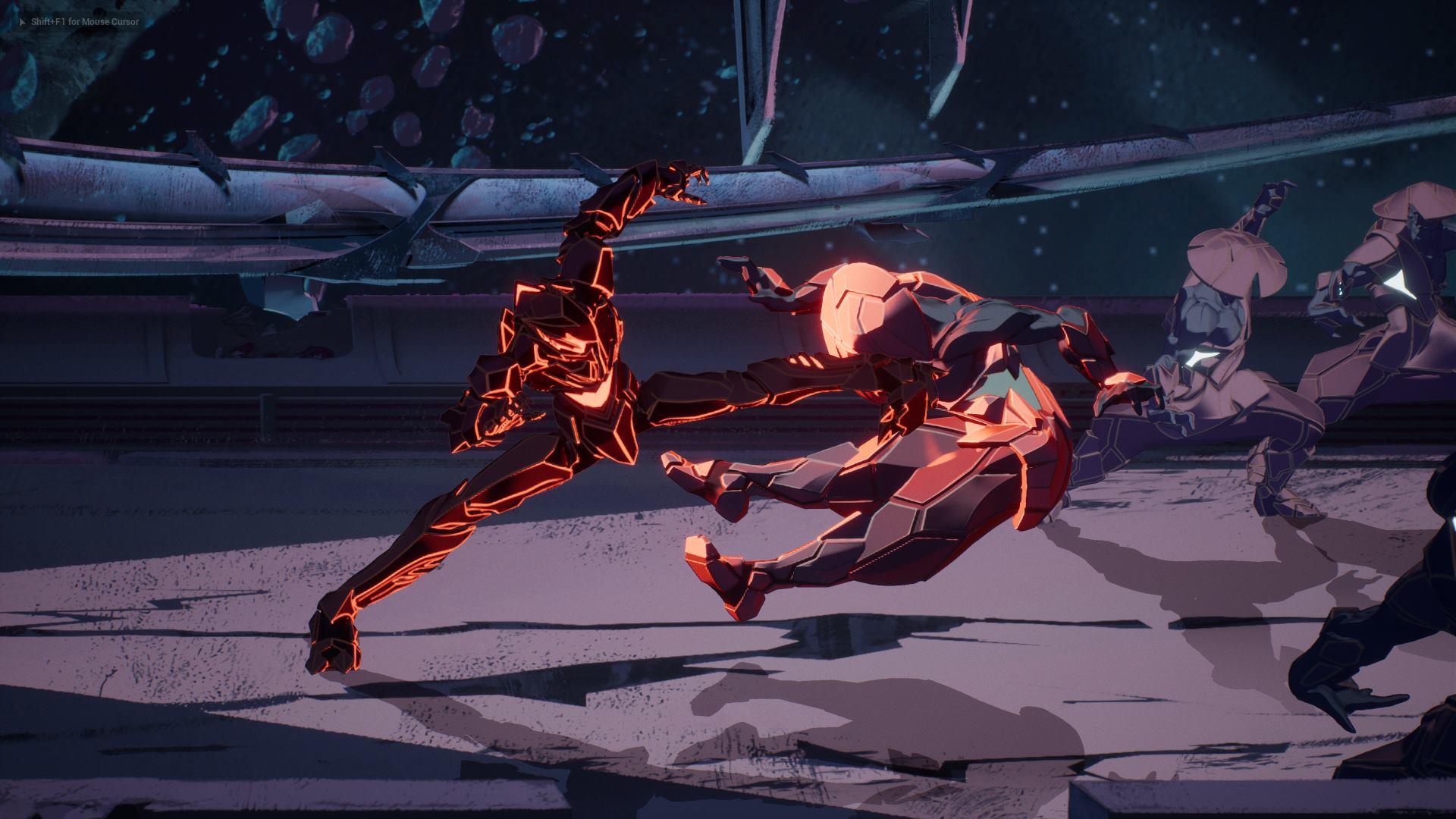 The management behind Limestone Games had to mortgage their personal property to fund the studio. “An apartment does not bring happiness, but doing what you love does,” Limestone’s art director, Aleksey Nehoroshkin, said in an interview with Linnaleht (a weekly newspaper in Estonia – editor).

“I met Limestone at a GameJam, an event where you have to make a game in 48 hours from scratch. They had a blast and won the GameJam, really outshining their competition,” Alice Arno, a project manager at IGDA Estonia, says. “They went above and beyond the expected. And we were so blown away by the scale and quality of the game.”

Arno calls the developers behind Limestone Games affectionately a mix of “skill and bravery, with a spark of craziness”. “We said: ‘Hey, if you ever decide to form your own studio and need help, please let us know.’ Two weeks later, the team showed up, announcing that they had all quit their jobs and started a studio,” Arno recalls.

So far, the risk justifies itself – the alpha version of “Aeon Must Die!” has won the Game Village competition, which was held as part of the GameDev Days conference. This means the studio will participate in Casual Connect – the most prestigious series of events for the international game development community. Not every novice developer can afford visiting high-price gatherings like this – but thanks to the efforts of local organisations such as IGDA Estonia this becomes possible.

Helped along by new initiatives, such as the e-residency programme and the startup visa, Estonia has gradually become more attractive destination for entrepreneurs from abroad. One example is Dev9k, a company of Italian origin, based in Estonia. 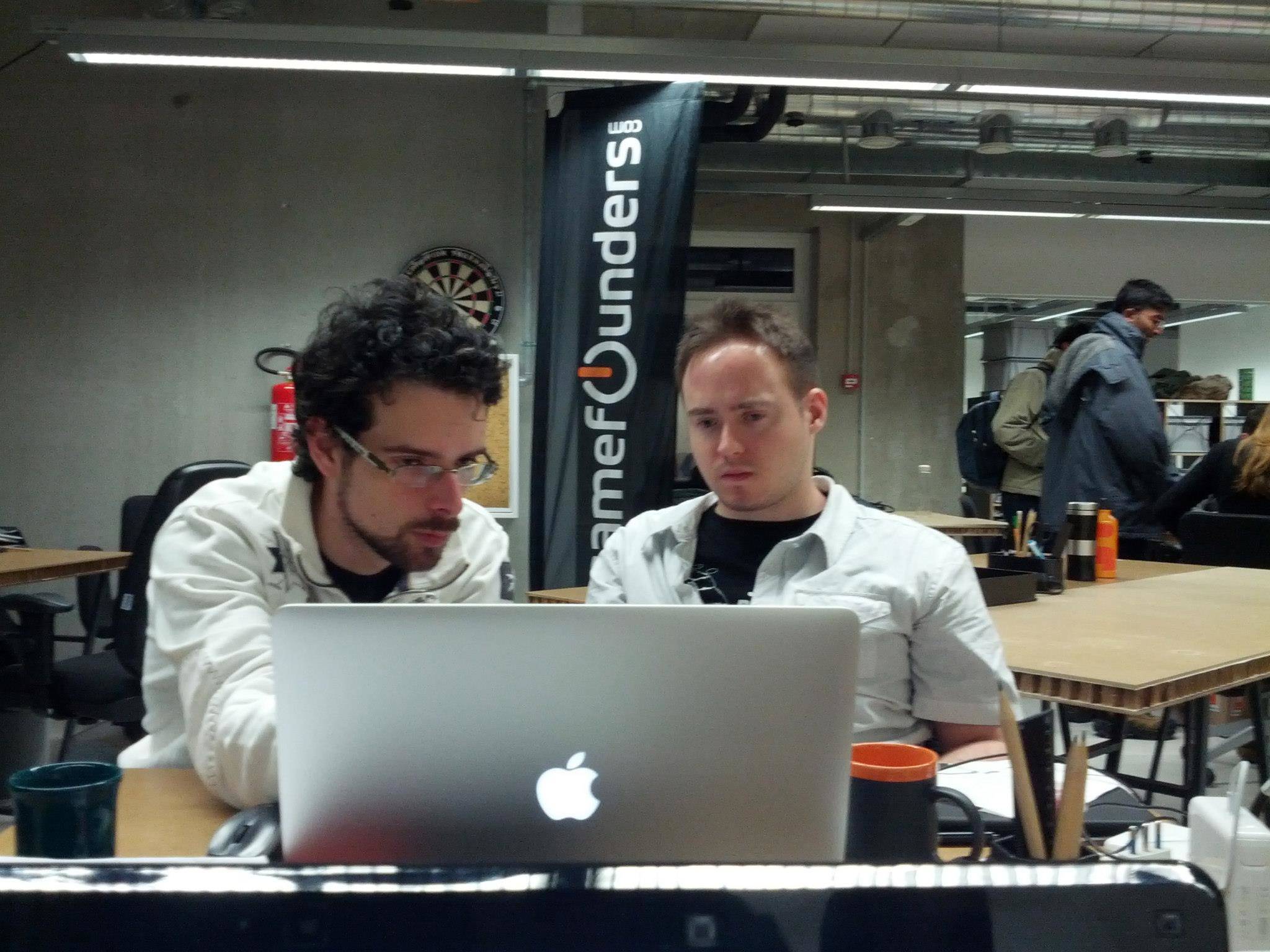 At the GameDev Days conference, Antonio Scacchetti and Massimiliano Nigro presented a retro-looking space race game called Nirvana Pilot Yume. The game is inspired by the DOS (disk operating systems that dominated the PC market between 1981 and 1995 – editor) classic “Skyroads”, which Scacchetti and Nigro loved playing in their childhoods. They were quite impressed to discover that “Skyroads” was actually created in 1990-s in Estonia, the very same place where they established their studio.

“Skyroads” was produced in 1993 by a small Estonian developer, Bluemoon. Its founder, Jaan Tallinn, would later become famous as one of the developers behind Skype.

More than two decades later, the Estonian game development scene is no longer a collection of separate contrarians, but a cohesive community of 500 active members. And yet this community is looking to welcome new people – both newcomers and experienced developers. “If you want to grow in this field, you need to hire people who have more experience than you,” Vladimir Funtikov recently said in an interview with Äripäev (an Estonian financial newspaper – editor).

According to Alice Arno, the specialists who once left Estonia now work in many international game development companies. “I constantly meet Estonians at international conventions for game developers and many hold high-ranking positions in the industry,” she notes. 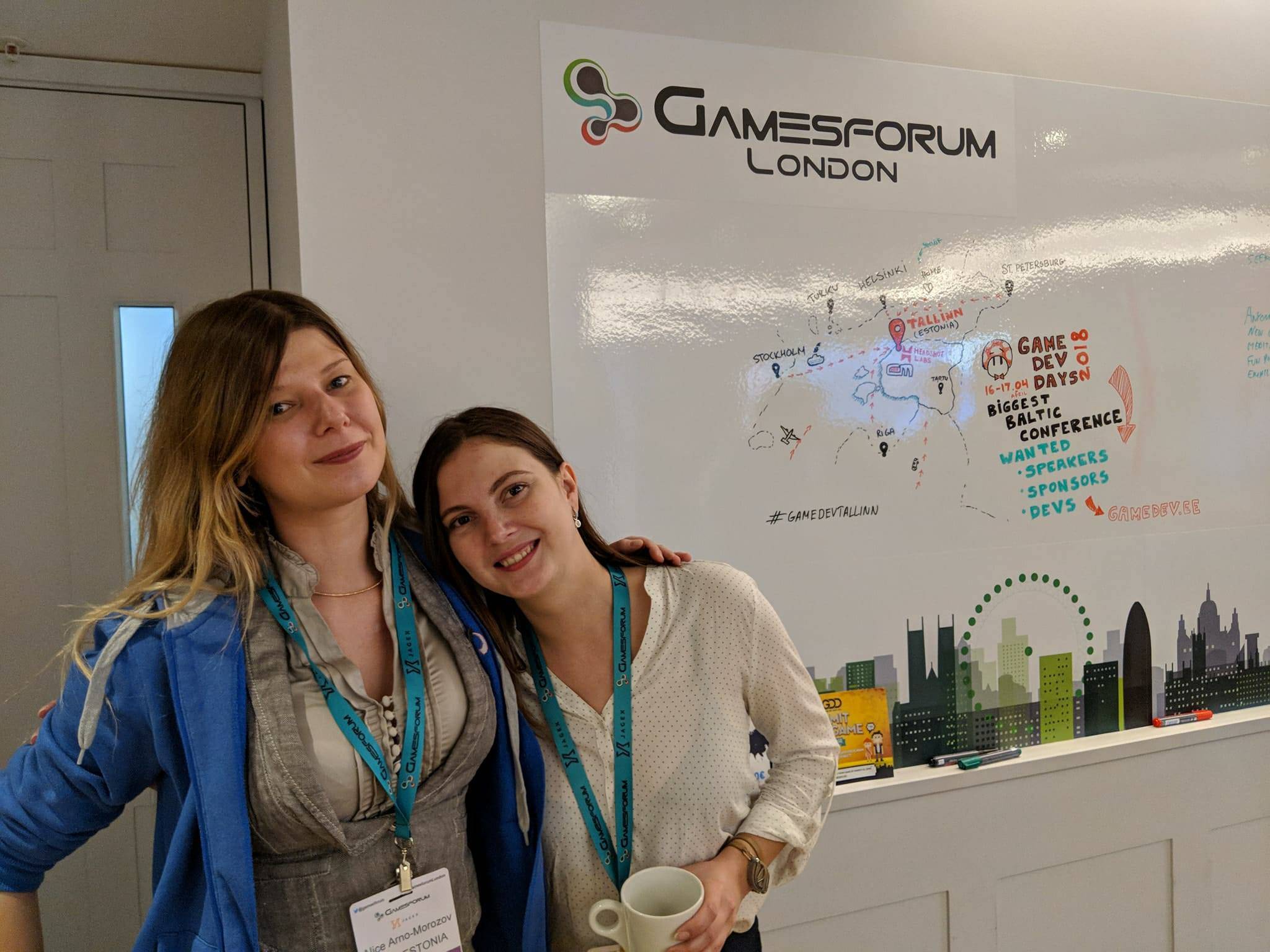 Arno hopes that one day – and hopefully, soon – the globetrotting Estonian digital nomads will again play a crucial part in the local game development community. “I can already see some industry professionals coming back to Estonia, and I hope that many more will follow,” she says. “For the last few years, we’ve been working tirelessly towards building a solid ecosystem here in Estonia. Now there are plenty of opportunities both for professionals and newcomers to get involved: from working in already established studios, to creating their own companies, to teaching or leading game development communities.”

Polina Volkova is a Tallinn-based freelance journalist. Previously she has worked at Estonian business newspapers Äripäev and Delovye Vedomosti, as well as the TV channel, ETV+. She holds a master’s degree in communication management from the University of Tartu.