Estonia ranks among the most wired and technologically advanced countries in the world, being second in the 2013 Freedom House internet freedom rankings after Iceland. 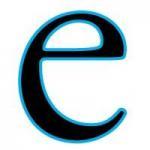 With a high internet penetration rate, widespread e-commerce and e-government services embedded into the daily lives of individuals and organisations, Estonia has become a model for free internet access as a development engine for society, the Freedom on the Net 2013 study by the US-based human rights organisation, Freedom House, says.

According to the report, when Estonia regained independence in 1991 after nearly 50 years of Soviet rule, its infrastructure was in a disastrous condition. “The country’s new leadership, however, perceived the expansion of information and communication technologies (ICTs) as a key to sustained economic growth and invested heavily in their development,” the report asserted.

Freedom House said in its report that the first internet connections in the country were introduced in 1992 at academic facilities in Tallinn and Tartu. “The national telecommunication monopoly was privatised with the inclusion of Finnish and Swedish telecommunications companies, and a fiber-optic backbone was built with modern fixed and mobile communications services,” Freedom House said. “The government subsequently worked with private and academic entities to initiate a program in 1996 called Tiger Leap, which aimed to establish computers and internet connections in all Estonian schools by 2000. This program helped to build a general level of technological competence and awareness of ICTs among Estonians.

“Today, with a high level of computer literacy and connectivity already established, the programme’s focus has shifted from basic concerns such as access, quality and cost of internet services to discussions about security, anonymity, the protection of private information and citizens’ rights on the internet. Children’s safety on the internet is a high priority, and the special programme “Targalt Internetis” (Wiser on the Internet) is dedicated to country-wide training and awareness-building activities on internet safety issues for parents and children. In addition, a majority of users conduct business and e-government transactions over the internet: in 2013, 99,6% of banking transactions were done with e-banking services and 95% of people declared their income electronically.”

The report said that over the past two years, the issue of copyright protection on the internet became a widely debated topic in Estonia, and various organisations that represent the interests of authors and other copyright holders have come forward in an effort to remove copyright-protected content from popular services such as YouTube. “Moreover, the issue of legal liability of online forums for the comments posted by anonymous users continues to be watched by free expression advocates,” according to the report.

Freedom House also points out that “restrictions on internet content and communications in Estonia are among the lightest in the world”.

“Iceland and Estonia topped the list of countries with the greatest degree of internet freedom,” the report says. “While the overall score for the United States declined by five points on a 100-point scale, in large part due to the recently revealed surveillance activities, it still earned a spot among the top five countries examined. China, Cuba, and Iran were found to be the most repressive countries in terms of internet freedom for the second consecutive year.”