Estonia hopes to firm its image of an information technology leader after the European Union’s agency that manages large-scale IT systems in home affairs opens in Tallinn this weekend.

This article was first published by Wall Street Journal. 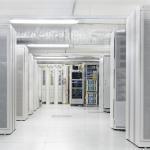 One of the tasks of this new agency will be supporting the implementation of the EU’s asylum, migration and border management policies. It will have to ensure that systems such as Visa Information System and Eurodac operate 24 hours a day and it will be responsible for issues related to the security of these systems. As of next spring, the agency has to start managing the second generation Schengen Information System, which serves the EU’s passport-free area that now comprises 26 nations.

The temporary office of this new agency in Tallinn for the moment looks dark and deserted. Empty desks are waiting for employees while the hiring process is taking place.

One of the very few desks that are in use is the desk of Krum Garkov, the agency’s executive director with more than 15 years of experience in IT. Although the official launch date for the agency is this Saturday, Mr. Garkov has been in Estonia for about a month trying to get things started and settle in.

“There will be quite a lot of challenges in the next months,” Mr. Garkov said in an interview. “We need to build up our capabilities quickly and meet the expectations regarding the value we have to the member states.”

Estonia’s Minister of the Interior Ken-Marti Vaher said that locating the headquarters of the IT agency in Tallinn is as a sign of respect Estonia enjoys when it comes to IT and cyber security.

“Estonia has high expectations that the agency will become a true center of excellence in the development and management of large-scale IT systems,” Mr. Vaher said. “The agency will offer Estonia greater visibility in the IT field and further enhance its reputation as well-developed IT country.”

The agency’s technical site will be in Strasbourg, France, with a backup site in Austria. The budget for the agency is about 20 million euro ($26 million) this year and 41 million euro in 2013. Estonia will invest about 7 million euro to give the agency a permanent location.

In April 2007, Estonia was the target of several cyber attacks after the government decided to relocate a statue to Soviet soldiers, which for Estonians was a symbol of occupation but for the local Russian population it symbolized the Soviet Union’s victory over the Nazis in World War II. Many local websites, including those of government institutions and local banks, were attacked from abroad. NATO established its Cooperative Cyber Defense Centre of Excellence in Tallinn in 2008.

1 thought on “Estonia to host EU’s IT Agency”