The Robot Safari exhibition at the London Science Museum will see the world premiere of the Estonian-invented underwater robot, u-CAT, a highly manoeuvrable robot turtle, designed to penetrate shipwrecks.

The u-CAT’s locomotion principle is similar to sea turtles. Independently driven four flippers make the robot highly manoeuvrable – it can swim forward and backward, up and down and turn on spot in all directions. Manoeuvrability is a desirable feature when inspecting confined spaces such as shipwrecks. The robot carries an onboard camera and the video footage can be later used to reconstruct the underwater site. 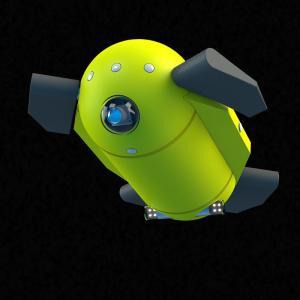 “The u-CAT is specifically designed to meet the end-user requirements. Conventional underwater robots use propellers for locomotion. U-CAT’s fin propulsors can drive the robot in all directions without disturbing water and beating up silt from the bottom, which would decrease visibility inside the shipwreck,” said Taavi Salumäe, the designer of the u-CAT concept and a researcher in the Centre for Biorobotics of the Tallinn University of Technology.

“The so-called biomimetic robots – robots based on animals and plants – are an increasing trend in robotics where we try to overcome the technological bottlenecks by looking at alternative technical solutions provided by nature,” Professor Maarja Kruusmaa, the Head of Centre for Biorobotics, explained.

Underwater robots are nowadays mostly exploited in the oil and gas industry and in defence. These robots are too big and also too expensive to be used for diving inside wrecks. Shipwrecks are currently explored by divers, but this is an expensive and time-consuming procedure and often too dangerous for the divers to undertake. The u-CAT is designed with the purpose of offering an affordable alternative to human divers. 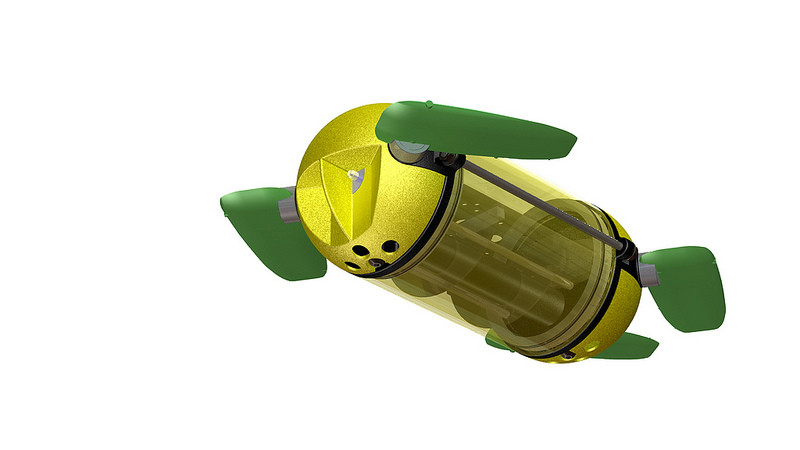 At the London Science Museum, the team will show the u-CAT robot, as well as its interactive downscaled models, operating in an aquarium.

The Robot Safari exhibition at the London Science Museum is part of Eurobotics Week and has been produced in partnership with EUNIC London (European Union National Institutes for Culture). The participation of Centre for Biorobotics of the Tallinn University of Technology at the Robot Safari is supported by Estonian Ministry of Foreign Affairs, Ministry of Culture, Estonian Embassy in London and European Union Regional Development Fund.

Robot Safari is open for visitors from 28 November to 1 December.

Cover photo: researchers Asko Ristolainen and Taavi Salumae watch the u-CAT swimming in an aquarium at the Centre for Biorobotics in Tallinn.

Photos: courtesy of Centre for Biorobotics, Tallinn University of Technology.