An Estonian startup, called Capster, has together with medical professionals developed and launched a device that flushes the nose and helps fight runny nose. 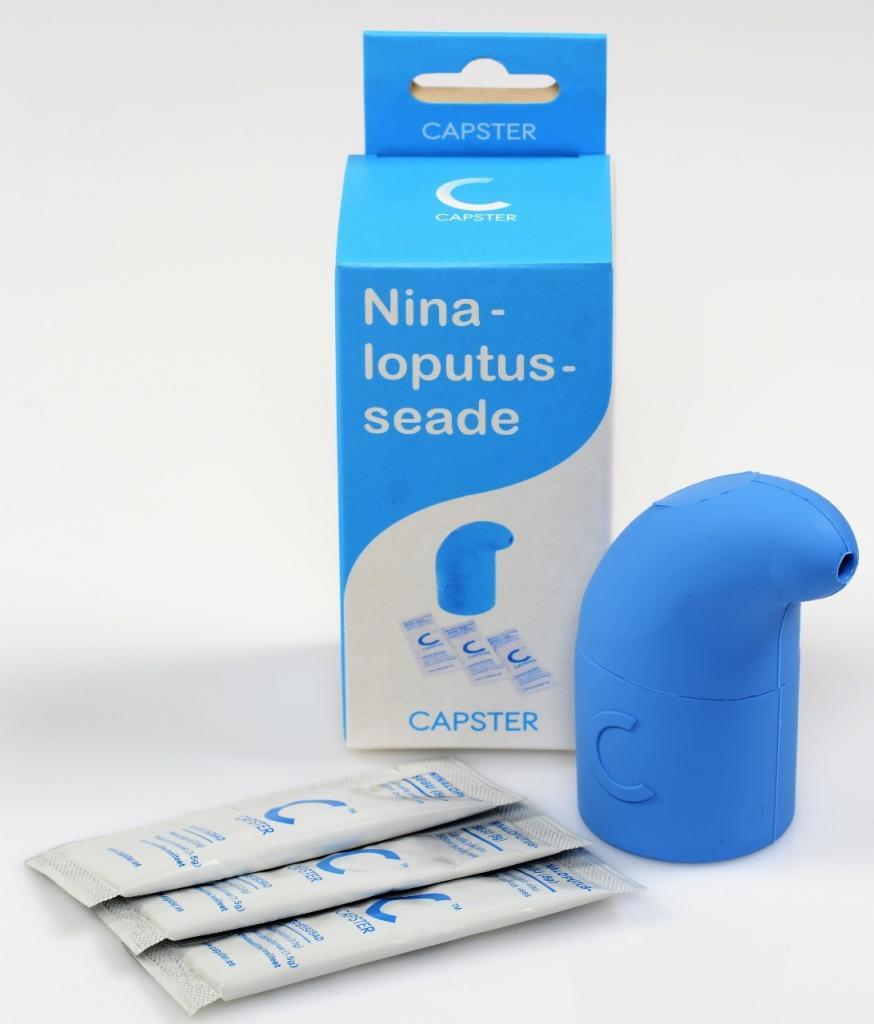 The Capster device fits into the pocket and, according to the company, offers an effective and nature-based medical remedy. “The compact device is easy to use and offers the capability to flush the nose with a 500-millilitre physiological solvent that flows through the nose in a low positive pressure,” the company said in a statement.

“Flushing the nose with a physiological solvent has results and is a health-saving nasal hygienic and medical method,” the president of the Estonian Association of Ear, Nose and Throat Doctors, Kristel Kalling, said.

“Flushing the nose offers remedy for a severe (either viral or bacterial) and a chronical runny nose, including allergic symptoms. It’s important to have an optimal amount of the solvent, and a low positive pressure. That’s why Capster’s device is a good solution to flush one’s nasal larynx if that’s where the runny nose occurs.”

According to the doctor, there are no negative side effects to flushing one’s nose, and one can use it as many times as they want as long as they want. “This makes it suitable also for children and pregnant women,” she added.

It took two and a half years for Capster to develop and launch the product. It’s available at some of the drug store chains in Estonia, and also on the company’s website.