There’s probably a new startup born in Estonia every week, and there’s nothing unusual about that. But it definitely raises eyebrows when someone founds a business with the knowledge that in its home market, there are about six potential customers. As surprising as this may sound, that actually is the story of “Is It Kosher?”, a new application to help observant Jews find kosher products anywhere in the world.

There are about 14 million Jewish people in the world, and it’s safe to say most of them aren’t too religious. Especially outside the State of Israel, most Jewish people don’t really keep kosher and they identify themselves with the Jewish religion as traditional, but not necessarily religious. Moreover, outside Israel, the US and probably the UK, it would take an extra effort to keep kosher – that is, to follow the dietary rules of the Halacha, the Jewish religious laws. 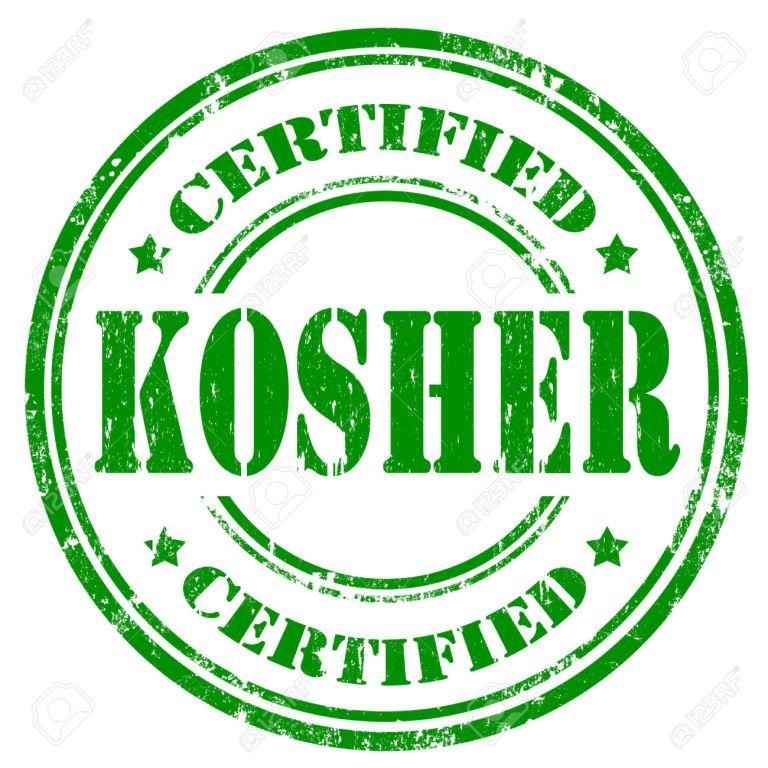 Most people know that keeping kosher entails not eating pork. But in reality, the dietary rules are much wider. An observant Jew can’t, for example, mix dairy and meat and they even have separate dishes for dairy foods and meat. In Israel there are separate restaurants – the ones that only serve dairy food and the ones that only serve meat. And when it comes to meat, the process of slaughter is strictly defined in the kashrut laws – the rules that define what is kosher, and what isn’t. For example, since kashrut forbids consuming blood, the slaughtered animal has to be drained of it. But all that is really only a fraction of what it takes to keep kosher. It’s not just following the rules; it’s an entire lifestyle, inspired by the strict adherence to the word of God.

Today, Estonia is home to about 2,000 Jewish people, but, like elsewhere, not all of them keep kosher. Misha Beshkin, the founder of the “Is It Kosher?” startup, says he knows all his customers in Estonia personally – and there are about six observant families. Six! So how does such a specific app get invented in a country where the local market is, to put it mildly, almost non-existent?

Beshkin himself has kept kosher for 16 years. “My religiousness was my own choice,” he says. “My grandmother kept kosher and sabbath all the time during the times of the Soviet Union, but my family was mostly traditional – keeping high holidays and some of traditions. I came to observing in my early twenties.” 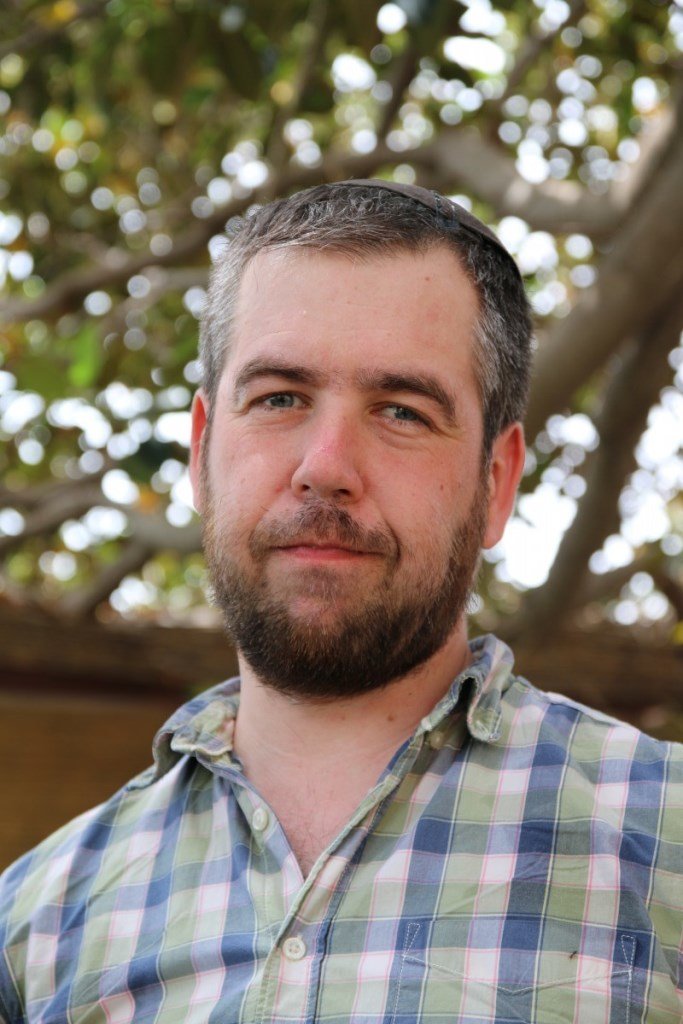 That experience, however, helped him become a kosher expert for his friends and family. “Friends called me all the time to ask if this or that product is kosher,” he explains. “I was looking for information on the internet and also helped them from my own experience. I found a lot of kosher databases and lists. So, at one point I realised I could develop mobile apps and thus came to the idea of creating a kind of an aggregator for kosher products.”

The premise of the “Is It Kosher?” app is quite simple. “A person goes to a supermarket anywhere in the world, selects local lists and databases from the local kosher authorities, and searches for products,” Beshkin says. “That was the idea I started with. Later I added the options to scan a product’s barcode and find specific products. Not all kosher authorities have lists or databases, so we added as much information as possible to simplify the search function.”

Used all over the world

Over time, the app became more and more functional. “Nowadays it works in the way that, you enter a store and walk to the shelves where your desired food is. Then you can enter the name, the brand or the category of the products into the app – or scan the barcodes. The app gives you a list of relevant products and then you can filter the list with more specific keywords,” Beshkin describes. “The list you get from the app contains information about the product names, brands, the relevant kosher authority etc. And if some products are not kosher, the app will show you a red alert.” Also, to make the app users’ lives even easier, he added the function to get an item’s price from the manufacturer and online shops so that people can buy the products they need directly from there. 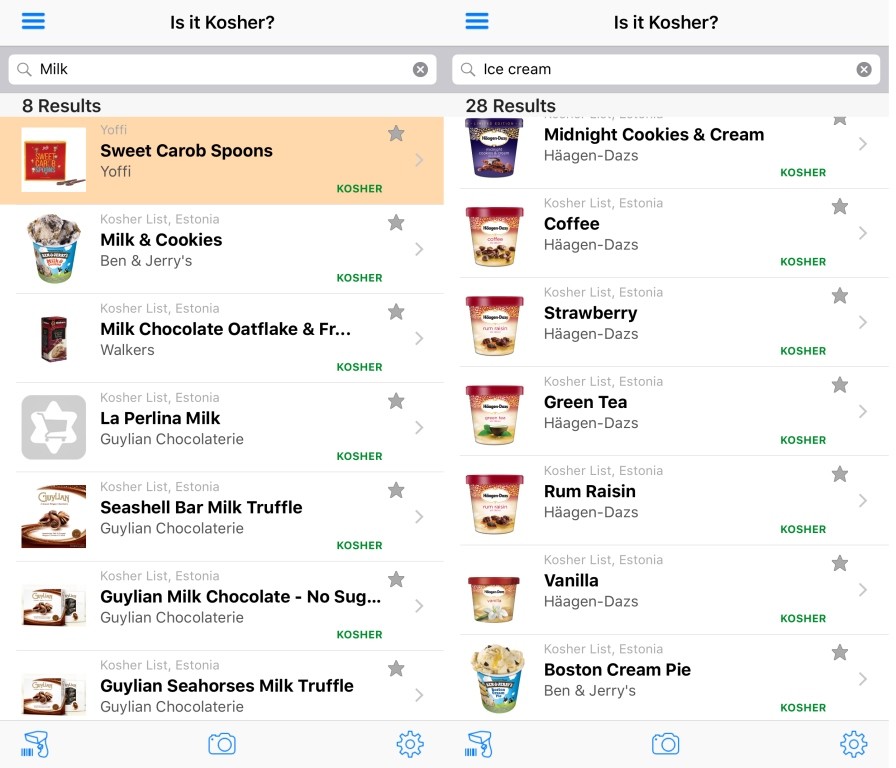 Right now, most of the app’s users come from the United States, followed by the United Kingdom and the Netherlands. “Our users are spread all over the world – everywhere Jewish people live, someone uses our app,” Beshkin says. “We don’t define any certain target markets. We have data from about all European countries, Russia, the Asian Far East, Australia and the Americas. Currently, we have more than 150 databases from 84 countries.” Moreover – the app is not only useful for observant Jews: “There are more than 20 million people in the US eating kosher and only 1.5 million of them for religious reasons. This is only because people consider kosher certification as an additional control mechanism.”

However, Beshkin doesn’t see the app to become very popular in Israel, the home of the largest Jewish population in the world – or the United States, for that matter, where the second-largest Jewish community dwells. The reason to that is, in both Israel and the US, kosher food is labelled with special signs. “For the start, we want to introduce our app in countries where kosher products are not labelled. That’s probably why the app was named as the official kosher application of the Netherlands’ Jewish community.” 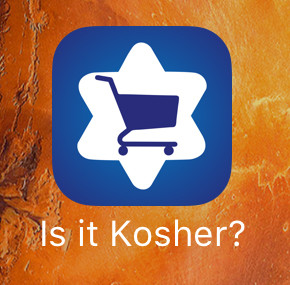 For Misha Beshkin’s startup company, the “Is It Kosher?” app was just a start. “I always considered the project as a sort of a sandbox – to train our skills and then approach other markets,” he explains. “Last year we started a spin-off called “Is It Gluten Free?” that works similarly to the kosher app, but mostly provides information from the manufacturers and online stores. We have also implemented the option to use our databases without internet access – which is useful for people travelling abroad and even locally, in big supermarkets where network connectivity might be poor. This is a paid service and we see quite a big interest.”

Beshkin himself is from Daugavpils, Latvia, but considers Tallinn home for both himself and his startup company. “I always say that “Is It Kosher?” is a truly Estonian project,” he affirms. “Most of the events that influenced the project happened in Estonia.”

And how did he even end up living in Estonia? “My wife is from Tallinn. So, when we were thinking about starting a family, we had three locations that we were considering – Daugavpils, Riga and Tallinn. However, we rejected my home town immediately – it’s a difficult place for development. Riga and Tallinn were almost equally on the scale, but Tallinn won because the salaries in the IT sector in Estonia are much higher than in Riga, but the cost of living in Latvia was higher.”

Easier to do business in Estonia

Now, the 38-year-old businessman has lived and worked in Tallinn for 13 years. “It’s difficult for me to compare Estonia with Latvia. I think in Estonia it’s much easier to do business than in Latvia. The level of bureaucracy is much lower [in Estonia]. I live close to the Telliskivi Creative City in Tallinn and I see all the creativity Estonia can produce – it is really very inspirational for me.” 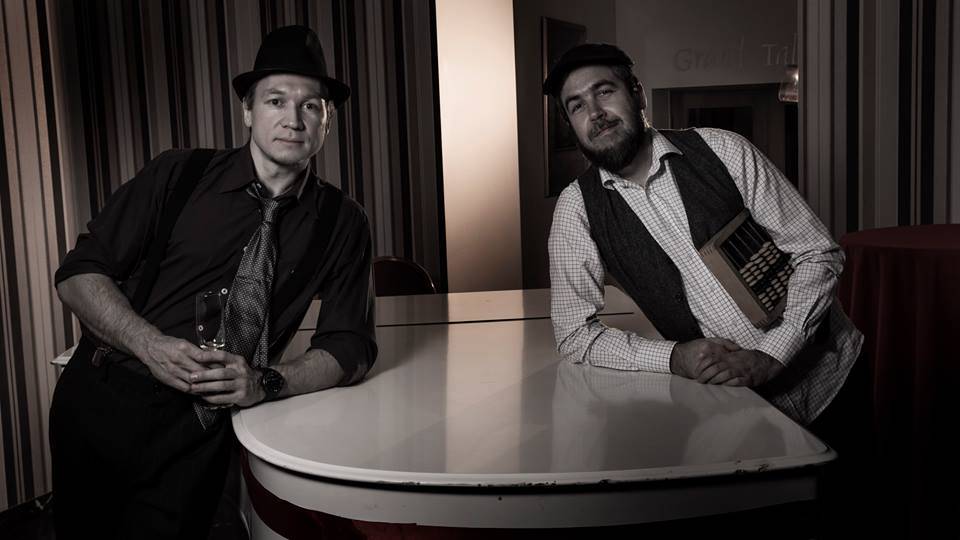 In the university, Beshkin studied the English language and the history of world culture. “My background in IT is occasional and totally self-trained,” he says. But how did he become a businessman from being educated as an English teacher and self-trained in IT? “I got some business experience in Latvia, but it was a total disaster. So, it took me quite a long time to get back to this. Luckily for me, I met a man who is one of the best business organisers I have seen in my life – Jevgeni Levin. We worked for several years on some freelance projects and when I came to him with the idea of a small kosher startup, he agreed at once. So, I cannot say I’m a businessman, but I can say: I’m doing business with a great businessman.”

Coming back to Beshkin’s life as a Jew in Estonia, he says he really admires the Estonian attitude: “They don’t care what you do until you start messing with them.” He adds that he wears a kippah – the Jewish skullcap – all the time and doesn’t see any trouble or discrimination. “Even more, sometimes it is easier to explain something in English or Russian when a person sees you’re definitely not local.”