Cleveron, an Estonian logistics startup, has launched a service in a small town in southern Estonia, delivering cold drinks to a public beach in Viljandi using drones – and promising to deliver them within five minutes from ordering.

The company said in a statement that “never before has drone delivery been that fast”.

The company’s clients can order a drink via a text message, and the drinks are deployed from the other side of the Viljandi lake by a drone. 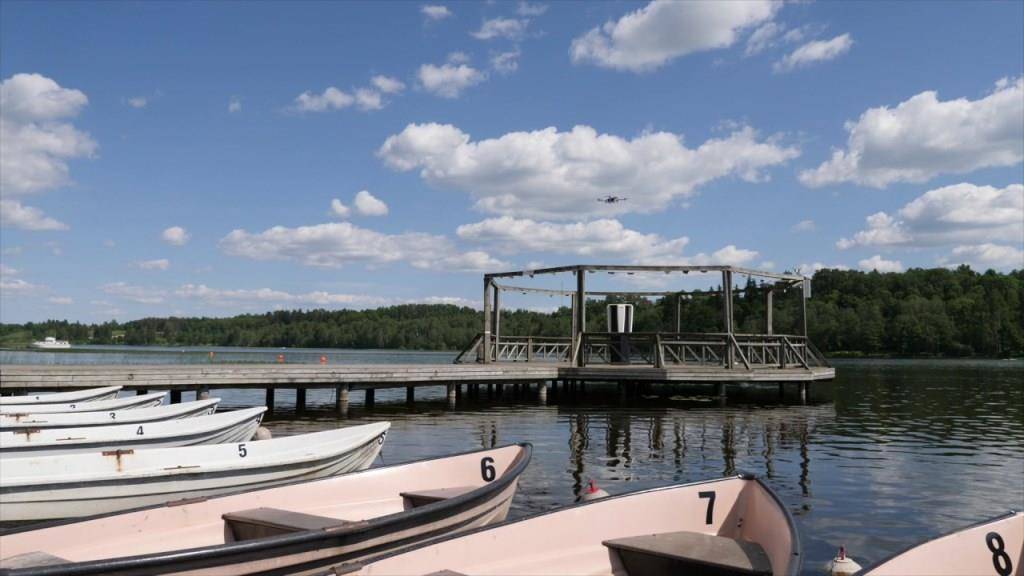 The company also said the service was “the safest solution currently developed”, adding that its drone nest, called CleverNest, allows safe parcel drop-off at the height of two metres (6.5 feet), “thus removing the danger of the drone hitting someone when landing on the ground”.

Cleveron is an Estonian logistics company, mostly known for its pick-up towers installed in some Walmart stores across the United States.