It’s rarely when “mafia” actually refers to something positive. However, “Estonian mafia” (or #estonianmafia for Twitter users) has come to describe the entrepreneurial phenomenon stemming from the small country in the Baltics. The term was allegedly coined by the US venture capitalist Dave McClure at a well-known event for tech start-ups, Seedcamp in London. McClure apparently thought it was weird that from the 20 participants on the extremely competitive event, a whopping 4 participants were from Estonia.

I am honoured to be among the co-founders of two influential non-profit initiatives in Estonia: MobileMonday (established in 2007) and Garage48 (established in 2010). MobileMonday (MoMo) unites Estonian people connected to the mobile sector, while Garage48 is the first and, so far, most successful weekend hackathon (a hacker marathon) in Estonia, where ideas are put into tenetative action.

These initiatives and the fact that I have gradually turned into an entrepreneur have given me a certain overview about the goings-on of firms with lofty business plans that are firing up in Estonia, as well as a reason to ponder the problems in this sector.

At the moment there is a lot of talk about startup companies and it might leave an impression that they’re really common, like mushrooms after the rain. London and Silicon Valley are paying attention to a small, as-of-yet unknown country called Estonia that keeps on delivering good and able teams with really high performance and great ideas.

When you start to count Estonian startup companies, you’ll soon realize that the fingers of two hands are enough to count the number of companies that are successful or close to being successful. Still, there’s no arguing that they are quite many when compared to our population. Hashtag #estonianmafia, which has lately had some Twitter buzz, might be the best recent example illustrating the success of Estonian start-up companies. It was first introduced in September 2011, by venture capitalist Dave McClure at the introductory day of Seedcamp, who brought attention to the fact that there were four strong Estonian teams among the 20 final contenders.

In autumn of last year, during the Garage48 in Tartu, I asked Jon Bradford, the co-founder of accelerators Springboard and Difference Engine, why he was visiting Tartu for the second time already. He gave a blunt answer: “In each incubation batch we’ve had an Estonian startup company. I want to know what’s going on here!”

At the end of September, four of 15 companies in competition at the Arctic15 conference in Helsinki were connected to Estonia or – upon closer scrutiny – Tartu. For some reason, Tartu is becoming the Silicon Valley of Estonia, and the eyes of the world seem to be on Estonian startup companies.

Is it because our heads are the right shape?

Surely one can say that the reasons for our success or good work ethic are obvious. Estonians have always served for material gain. We are hungry for success and obtainable things. As a nation, we possess the European work culture and the high quality control of the Nordic countries. “Work hard and feel the strain, then love will come as well”, is a famous saying around here.

On the other hand, it’s just that startup companies are popular right now. We can claim Skype and Playtech as our positive role models. These two constituted the real ‘Estonian Nokia’ back in 2005 when Nokia was a big success. By now, it seems the Finns have lost much of their former glory.

Many former or current workers at Skype or Playtech have good experiences with share options. If you work in the IT-sector in Estonia, you know the meaning of the word “option”. Lately, the media has noticed successful startup companies and initiatives like Garage48, as well.

All of this combined is bound to have some positive effect when it comes to emerging startup companies. Jevgenijs Kazanins, the co-founder of a startup company called Campalyst, conceived at Garage48, said, “In Latvia, you have to search really hard to find software developers motivated enough to accept a smaller initial payroll in our company. They just can’t grasp the concept of share options. It’s whole different story here in Tartu”. To back up his words, Campalyst has employed a 3-person development team in Tartu.

Why do we stand out?

One of the reasons why Estonian startup companies are noticed abroad is the fact that everybody spots a strange dog better in their own home yard. The name #estonianmafia illustrates that.

There are two reasons why Estonian startup companies leave the home market really fast. First, it seems there’s a lack of so-called smart money in Estonia. There is a rule that when looking for an investment, the money must be accompanied by competence. In more detail, this means competence in the very field that is addressed by the solutions of the startup company, and – even more importantly – contacts. Money with attributes like these is called smart money.

The microscopic size of our home market constitutes another reason for startup companies to escape their home country. The market is so small that only businessmen dealing with the primary needs of people, such as air, food, drinks, energy and shelter, can do considerably well. Most of the companies dealing with other fields have to look for a market outside Estonia. So, while living Estonia, it’s reasonable to found startup companies with global ambition.

It’s interesting that even after leaving Estonia, the manpower of our small- to mid-sized companies preserve their competitiveness. Sales and marketing departments could be located in London or Silicon Valley, but maintaining a development team is much cheaper in Estonia. Also, Estonian software developers have the right work ethic. 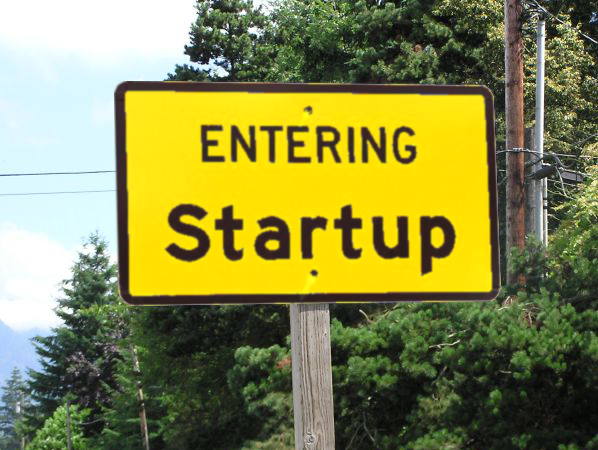 Don’t count your chickens before they hatch

Thus, one can conclude that the attention we have got comes largely from our striving for Western venture capital and Western markets, combined with our novelty. But its also well known that all hype has its end.

For me, only five Estonian companies are successful, as they have steady ground beneath their feet and positive cash flow: Erply, ZeroTurnaround, Fortumo and Kinotehnik.

Time will show how many of them can reach the first five. Just one out of ten startups might make it.

We have to support startup companies and help them reach the level where they could do it on their own. Statistically speculating, to have a greater number of well-to-do startup companies, we have to nurture the birth of them.

It definitely requires greater flow of smarter money into Estonia, and it’s dubious if a venture capitalist from Silicon Valley would even want to go further east than New York or London. Also, it’s not entirely clear if a good accelerator could even be founded here, when venture capital and the related knowledge prefer to stay in the old location.

Of course, hard work is needed. One can see that the last years have brought good initiatives, that a proper incubator could be founded and smart money incorporated. Of course, there is still help needed that could come from the universities or endeavours such as MoMo or Garage48.

After all, entrepreneurship means, first and foremost, the ability to initiate – to enterprise. A successful entrepreneur also has the ability to turn an idea into reality. Surely, the amount of success depends on the potential of the idea, but smart and inventive implementation is even more important. On its own, an idea has no worth – only the realisation and the realiser can provide it.

To nurture entrepreneurship and increase people’s ability, the field must get some attention already in high school. The ability to initiate must be appreciated by the entire society, and co-working must be made as popular as possible. Also, people have to be encouraged. The entrepreneur’s road is a hard one, but the reward is worth it.

Priit Salumaa is the Co-founder of software development company Mooncascade. He graduated from the University of Tartu in 2002 with a bachelor’s degree in mathematics and computer science. This article was initially published in the Estonian-language collected essays by UT alumni.