One of the founding engineers of Skype and Kazaa recently visited Australia to sound a warning to the human race: fasten your seatbelts, as machines are becoming so intelligent that they could pose an existential threat. 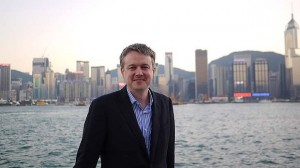 Jaan Tallinn (40) argues that human-driven technological progress has largely replaced evolution as the dominant force shaping our future. Machines are becoming smarter than we are, but Tallinn warns that if we are not careful this could lead to a “sudden global ecological catastrophe”.

“It really sucks to be the number two intelligent species on this planet; you can just ask gorillas, they will go extinct.”

This sounds like science fiction stuff, but consider the breadth of domains where computers have already caught up to – and then dominated – humans.

We have already programmed computers to be better than us at classic games like chess, better drivers (Google’s driverless car being just one example), better at voice and face recognition and, as IBM’s Watson computer proved, even better at the game Jeopardy.

The US military is experimenting with robot fighter pilots, while the majority of trading on the stock market is done by computers in what is known as algorithmic trading.

Tallinn isn’t your average programmer. The Estonian is a board member of the Lifeboat Foundation (tagline “safeguarding humanity”) and at university he majored in theoretical physics. His thesis looked at travelling interstellar distances using warps in space-time. He argues that we are witnessing an “intelligence explosion” – with neuroscience advancing in leaps and bounds to the point where scientists could replicate the human brain by the middle of this century.

The event when machines surpass human levels of intelligence and ability has been dubbed “the singularity“.

“In my view, the fact that computers caught up to humans and completely dominate humans in chess and some other domains already – says there’s evidence that yes, in principle they can be better programmers than humans,” said Tallinn. “Once computers can program, they basically take over technological progress because already today the majority of technological progress is run by software, by programming.”

The question then is how can you control something that can actually reprogram itself? 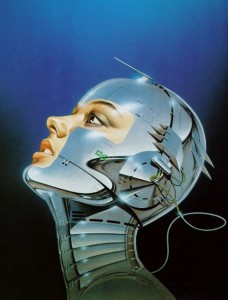 “Once you acknowledge that human brains are basically made of atoms and acknowledge that atoms are governed by simple laws of physics then there is no reasoning principle why computers couldn’t do anything that people are doing and we don’t really see any evidence that this is not the case,” said Tallinn.

It doesn’t take a rocket scientist to figure out what could happen to us humans if we’re no longer the most advanced, technologically aware species. “It really sucks to be the number two intelligent species on this planet; you can just ask gorillas,” said Skype’s co-founder. “They will go extinct, and the reason why they will go extinct is not that humans are actively conspiring against the gorillas, it’s that we as the dominant species are rearranging the environment; the planet used to produce forests but now it’s producing cities.”

“For example if the skill is to make sure that people are happy and the way the super intelligence is supposed to measure how many smiles are on the planet, the easiest way to achieve that is to sedate everyone and make sure their faces are stuck in a cramp or smiling.”

The key, he says, is to make sure that once we have systems that can rearrange the environment like we can, we need to ensure that those changes are beneficial to us. “We don’t want super intelligence to do terraforming projects; that means take the planet and change its atmosphere or soil or whatever,” Jaan Tallinn said. 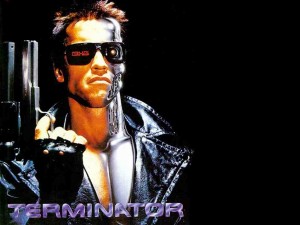 So, in the worst case scenario, smarter machines could rise up and destroy us all? Tallinn says the worst case scenario could be “even worse” than that. “If you build machines that understand what humans are and they really have some distorted view of what we want, then we might end up being alive but not controlling the future,” he said. “For example if the skill is to make sure that people are happy and the way the super intelligence is supposed to measure how many smiles are on the planet, the easiest way to achieve that is to sedate everyone and make sure their faces are stuck in a cramp or smiling.”

Thankfully for us, there is an alternative to this Orwellian doom. We can harness super intelligence to work for us.

“Once you have something that is smarter than you and is actively on your side, you can basically solve any problems really quickly.”

This article was first published by Asher Moses at the Australian newspaper The Age.