Tallinn-based tech start-up Toggl is an online time tracking tool, which is popular with freelancers, groups, and small companies. It allows people to track the time they spend on various projects. It’s internet-based and can be up and running from scratch in less than a minute.

Toggl has more than 450,000 registered users and around 20,000 paying users. It’s a freemium product that is free to up to 5 users per team. We caught up with Alari Aho, CEO and co-founder of Toggl, to find out more about this start-up.

How would you describe Toggl in under 50 words?

Toggl is a tool for tracking your time on projects. It’s a simple tool to help you easily track your time — work time, personal time, onsite, offsite. It is suitable for everyone, but works exceptionally well for teams.

Tell us more how Toggl is used? 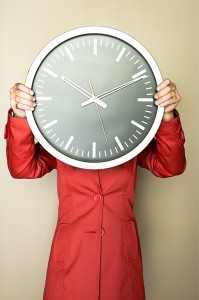 There are two principal ways for using Toggl. You can set it running as a timer or fill it in later. You can define projects, team members and tasks with estimates. Then just track the time with our simple interface on your laptop, phone or tablet and pull out reports which you can send to your clients or use to improve your productivity.

There are two main reasons why people use Toggl: to easily get accurate time reports to send to clients or to improve their own productivity by keeping track of where their day really goes.

The average workflow looks like this: you come to the office, you click ‘start’ as you begin with something, enter a description and choose the project that you’re working on, then click ‘stop’ when you’re done or take a break. After that you can continue this with one click. Alternatively, you can always fill in the things you worked on at a later stage. Most people use a mixture of both.

Depending on the kind of detail they need, some users set up clients, projects and even tasks with time estimates. For others, a simple time entry description is sufficient.

To make tracking even easier, they use our simple interface and the web to pull varying kinds of reports — Toggl’s syncing capabilities between devices makes this very easy.

Toggl is mostly used by so-called professional services companies. Bookkeepers, lawyers, PR consultants, software developers, graphic designers, business consultants etc. There are even some university students who have told us that they find Toggl useful in tracking their studying habits. We also have a lot of productivity hackers who constantly measure and improve their time usage. Our user groups vary from freelancing individuals to large corporate teams.

Toggl was initially created for your own in-house use because existing time-tracking software was far too complicated. What led you to launch Toggl as a product?

We’re in the same town (Tallinn — Editor) where Skype was established. At the time we were still doing software consultancy gigs. When we saw how massively a product can scale, we thought that why not also try ourselves. We just took an existing in-house tool we had made and turned it into a product.

Toggl has been fully self-funded. We started out as a side project for our consulting business, and over time as Toggl grew in revenues, we allocated more and more resources for its development. It has been a long and not an easy process, but has given us a lot of flexibility and control of our growth.

Do you have governmental subsidy to operate your business?

We applied for government grants (and got some) when we started out with Toggl. For the last 3 years we have not received subsidies to develop Toggl.

What challenges have you faced and how have you overcome them?

I guess there isn’t a mistake that we have not made. Our start was quite slow and coming from a software consultancy sector into making a cloud-based product meant that we had quite a steep learning curve. We have had a lot of technical issues and product usability was initially a huge problem child.

What is the start-up scene like in Estonia in your opinion?

The start-up scene has become really vibrant here. It’s quite a closely-knit bunch of people who openly share their experiences and help each other. The country has a good infrastructure for starting companies — it’s easy and not expensive to incorporate, you can get government grants for starting up, there are several incubators that support you with back-office and mentoring. Venture capital market is not so active though, so most of the post-seed money-raising is done in the US and Europe.

How did you come up with the name, Toggl?

That’s a good one. I used a random name generator (www.namestation.com) to jot down different name options. When the list was approx 20 names, I noticed that one name had appeared insequentially twice. It was Toggl.

What technologies have you used to build Toggl?

Toggl was originally based on Ruby on Rails. We started with version 1 and have worked with it since. Starting this year, most of the data-crunching in the back-end is handled by Go, a new open-source language by Google. Frontend is heavy on Javascript (Backbone.js, Coffeescript). We also utilise several new and cool features of HTML5 (offline storage) and websockets for real-time syncing between different devices. Database is handled by PostgreSQL and occasionally Redis.

What was technically the most challenging part of developing Toggl?

The application itself is nothing complicated. What made it challenging was our decision to support Toggl also on mobile devices and as a desktop application for Windows/MacOS/Linux. After trying out native clients we decided to stick with HTML5 and encapsulate the web interface into native applications. For mobile devices we use Phonegap and for desktop we use Chromium.

How long did it take to put it together?

The first version was launched in three months. This was six years ago. Since then we have rewritten it multiple times and continue doing so to pursue speed, scalability and great usability.

Do you have any new features in the pipeline?

We have two main targets – mobile and integrations. We’re improving our mobile interface extensively to keep up with professionals who spend more and more work time on phones and tablets.

How did you decide on your pricing model?

We wanted to go freemium from the start. Getting a good pricing point has been an evolutionary process. The current pricing model is our third. We started out as being too low-priced and the lesson learned here is that it’s always harder to increase your prices than lower them. So, when starting up, don’t be too shy in setting your prices.

What do you wish you’d have known five years ago that you know now?

Focus brings success. For the first couple of years Toggl was more of a side project for us. Only when we really started to focus on the product and decided to drop software consultancy gigs, we got traction. It’s all or nothing; you can’t build a successful product by trying to leverage your risks.

Where do you see Toggl in five years time?

Toggl is a synonym for time tracking in the New English Dictionary.

Who would you say is your biggest competitor?

There’s an internal joke that our biggest competitor is Microsoft Excel. Many of our new users have used some kind of spreadsheet with complex macros. There are a couple of cloud-based tools that we consider as competitors, but everybody is growing quite fast. It seems that the whole cloud sector is exploding and taking customers away from the old ways of business computing.

You are a mentor at Startup Wise Guys, an accelerator that provides seed funding and an intense mentorship program to early stage technology startups. What one piece of essential advice would you give someone starting up?

Start now, find your customer, give them something of value. Do it fast. That’s it.

Do you think Entrepreneurs are born or made?

You need a certain amount of stupidity and persistence to carry through. Most people fail because they give up too early. Other than that, every normal human being can be an entrepreneur.

What is the biggest hurdle you have faced or are still facing?

It’s so easy to chill in your comfort zone. Getting out of it is a constant effort and is not easy at all.

Name three trends that excite you.

Which entrepreneurs do you most admire?

People who are not in it for the quick buck. Who value long-term partnerships and care about the general environment they’re operating in.

Can you convince the reader to start using Toggl in under 50 words?

How often do you find yourself wondering what you spent your whole day doing? Any idea how long you *really* spend every morning replying to your emails? Try Toggl, it’s a real eye-opener.