The Estonian capital, Tallinn, has introduced driverless shuttle buses on its streets that will soon start operating a short route; riding the shuttle, as all public transport in Tallinn, is free of charge for the town’s residents.

The driverless Easymile shuttle buses will start operating a route between Viru Square and the Tallinn Creative Hub, which is one of the main venues of the Estonian presidency of the council of the European Union. 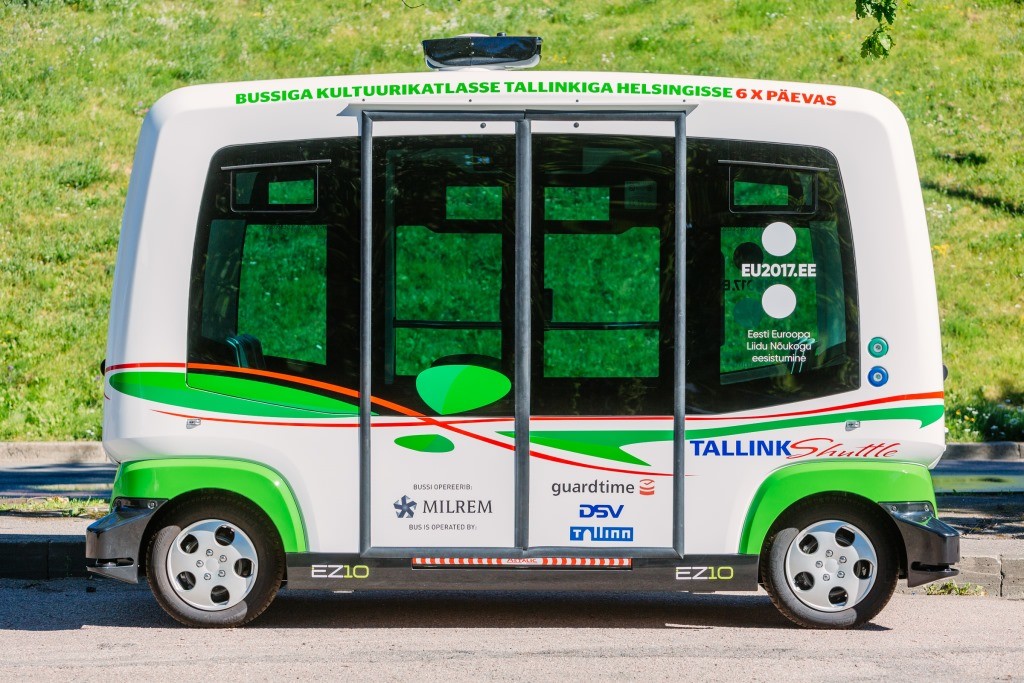 Before taking passengers, the buses have to go through the Estonian Road Administration checks that are required for all buses before they enter into service. 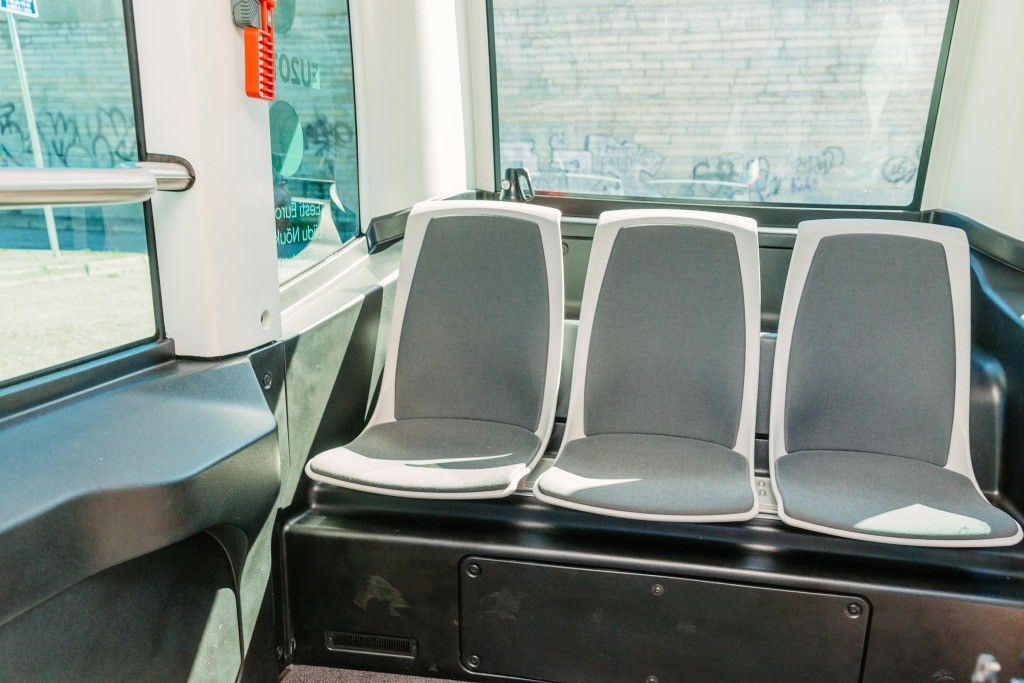 A single shuttle carries up to eight passengers at a time. A presenter will be onboard the bus to explain the technology.

The shuttles were transported from France to Estonia and they will be operated by Milrem, a home-grown developer of unmanned tracked vehicles. The company will be in charge of training presenters, as well as the technical maintenance of the vehicles. Cyber security will be provided by the Estonian software company Guardtime. 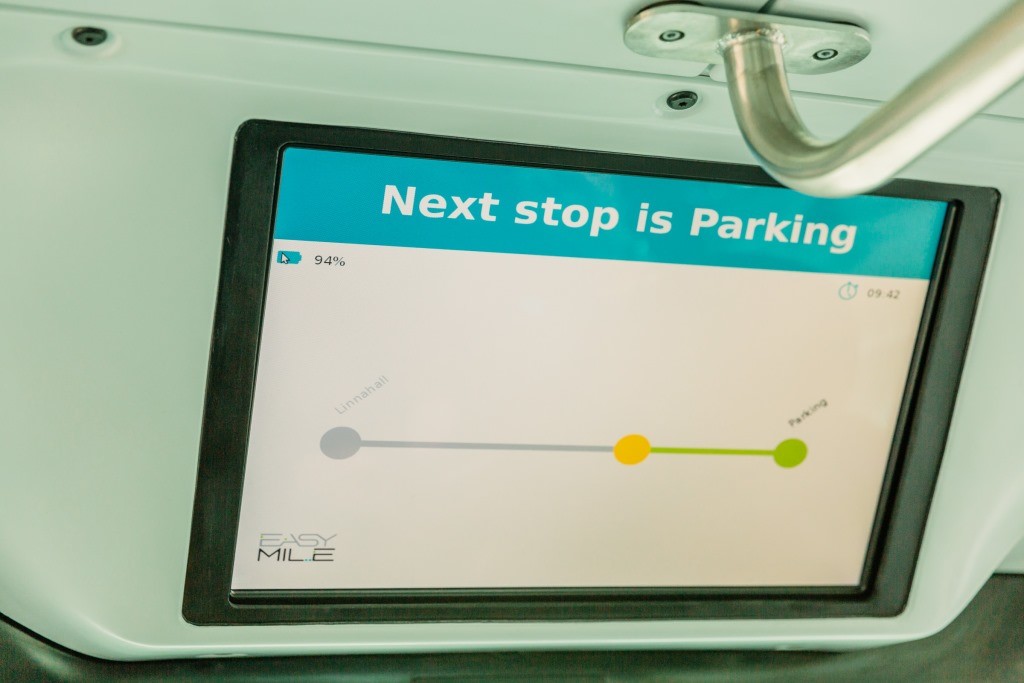 The Estonian ministry of economic affairs wishes to increase competence in driverless technology at the national level, as well as in universities and businesses, in order to be prepared for a more extensive introduction of the technology. To this end, there are plans to test the technology of various producers of driverless vehicles and identify their benefits and limitations. 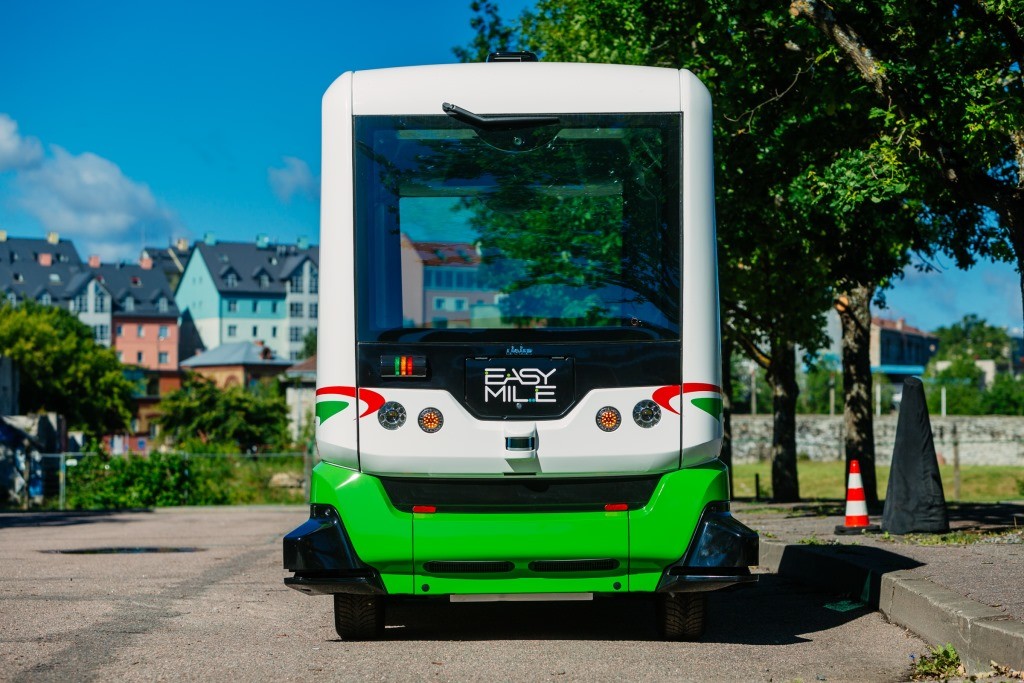 The testing of driverless vehicles has been allowed on Estonian roads since March 2017. The condition is that the vehicle has a designated person who can take over the controls if necessary.

Cover: Driverless shuttle in Tallinn. The images are courtesy of the Estonian Presidency of the Council of the European Union.