When Estonia’s new president, Kersti Kaljulaid, visited her country’s booth at the largest tech conference in the region, Slush, in the Finnish capital Helsinki, she met an almost rock-star welcome by a small, but energetic Vietnamese business delegation hosted by the Vietnam-Finland Innovation Partnership Programme (IPP). They had gathered there to learn more about Estonia and its e-residency programme. 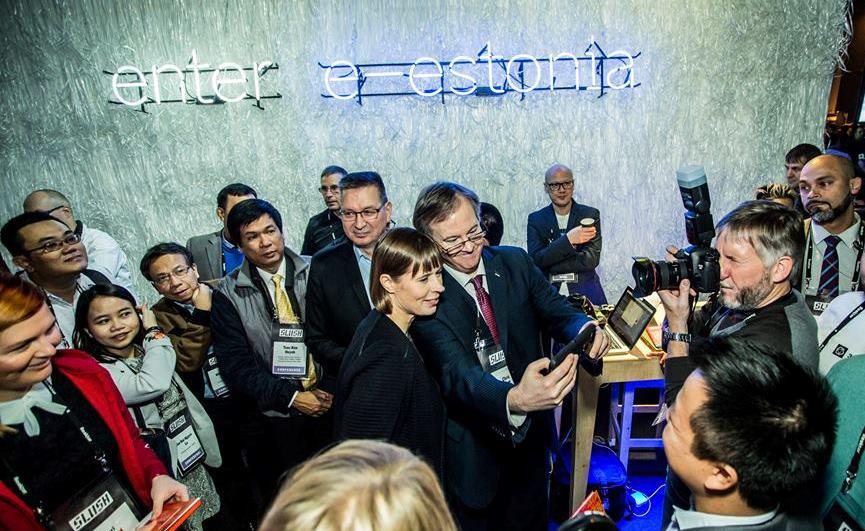 After the meeting, the number of Vietnamese who have applied for the digital residency in Estonia increased significantly. Coincidentally, an official Estonian government and business delegation visited this fast-developing southeast Asian country around the same time.

Both countries are interested to develop relations further. And there is a common ground too – Hanoi, the Vietnamese capital, is eager to become a startup city. Vietnam has just approved the “National Programme to Support Innovative Startup Ecosystem in by the year 2025”; it wants to create a favourable environment to promote and support the development of startups with high-growth potential.

The country’s deputation that visited Estonia’s stand at Slush, was part of the 14-startup delegacy and enabler organisations from Saigon, Hanoi and Danang – three top startup and technology hubs in Vietnam led to Slush by IPP. 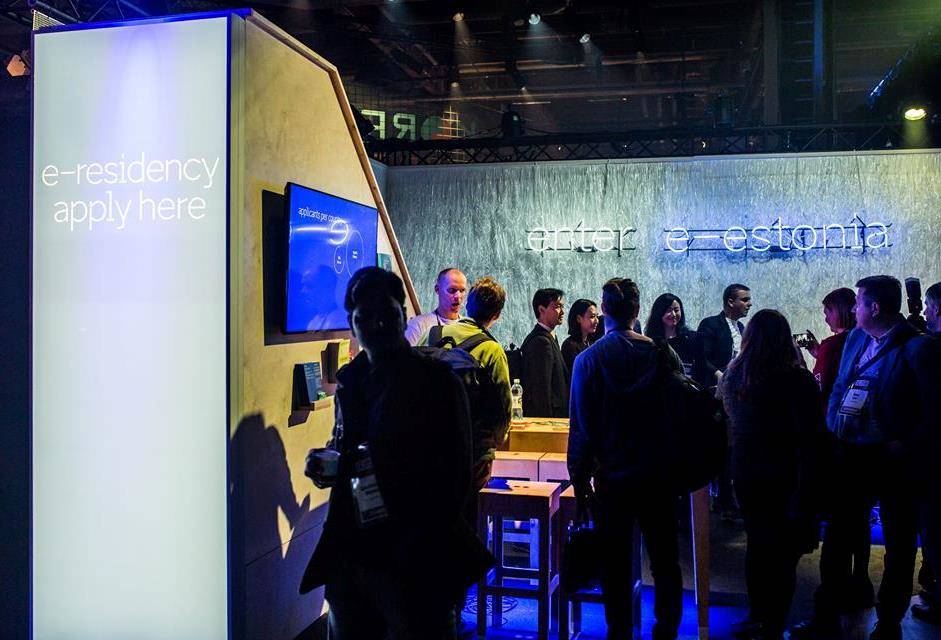 The investment and M&A activities in Vietnamese startups are expected to reach a total value of VND2 trillion (USD89.3 million) by 2025. The cooperation with the EU countries is seen as essential to reach that goal – the basis of which was approved legally in 2015, when Vietnam signed the EU-Vietnam Free Trade Agreement.

E-residency – the doors open to Europe

Estonia has the unique opportunity available to attract business people from all around the world and at the same time open doors for them to the European Union. The e-residency programme – transnational, global digital identity available to anyone in the world interested in administering a location-independent remote business online – enables secure and convenient digital services that facilitate credibility and trust online. 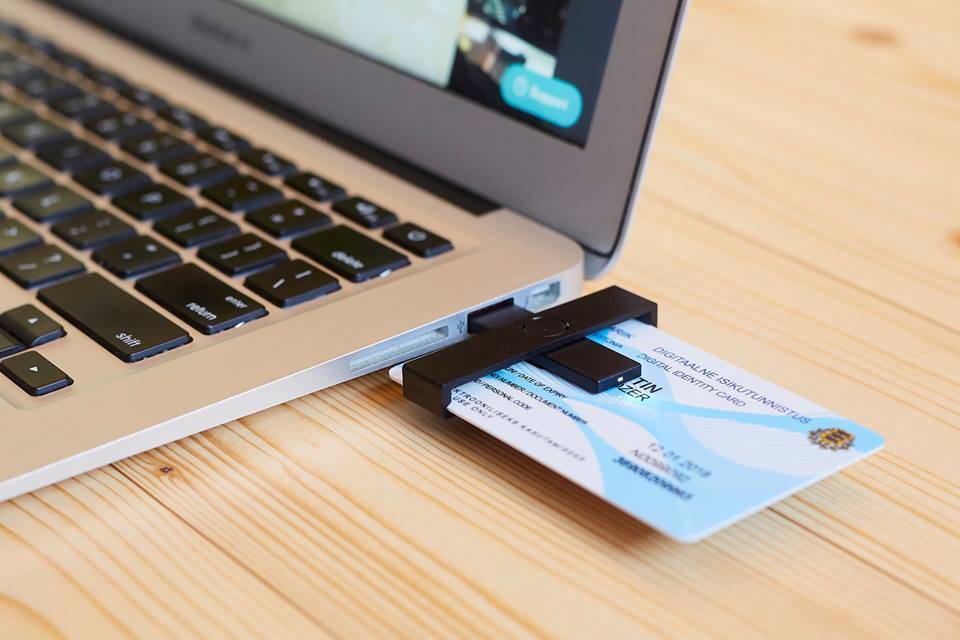 Being able to sign legally binding contracts online, managing bank accounts or communicating remotely with the tax office is great for any entrepreneur who wishes to administer a business from everywhere. Soon, the e-residents will also be able to open bank accounts remotely from any place in the world.

Right now, 27 Vietnamese citizens have applied for the e-residency, but this number is expected to increase significantly in the coming years, as more and more entrepreneurs become aware of the opportunity.

“I am the cofounder of an edtech startup KidsOnline. We aspire to do business internationally. I think having an e-residency of such a technologically pioneering country as Estonia is an added value to our business,” Dau Thuy Ha told Estonian World. 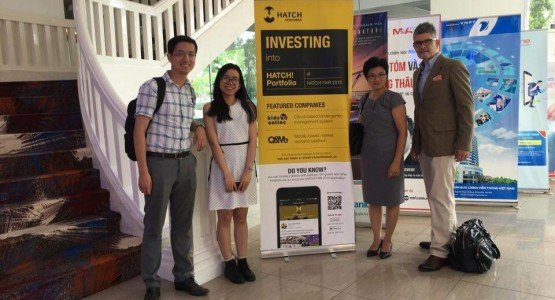 “E-residency opens interesting options to expanding operations to Western markets. We have partners in both Finland and Estonia already. For someone enabling the business of hoteliers globally, this was a rational decision,” said Duong Nguyen, the founder and CEO of ezCloud, after visiting Estonia’s booth at Slush.

The interest is recognised by Estonian officials too. Taavi Kotka, the chief information officer of the Estonian government, has visited Vietnam and met a huge interest about the concept of e-residency.

Due to Vietnam’s effort to develop technologically and support startup companies, this market has become attractive for Estonia and its neighbouring countries. Startups and already established businesses have started to look in this direction. “The EU is the second biggest export market for Vietnam, and the EU is the third largest foreign investor there,” Ilkka-Pekka Similä, the Finnish Ambassador to Vietnam, told Estonian World, representing IPP’s biggest donor.

“There are still challenges in the business environment, and reforms are being made to address them. Vietnam targets one million enterprises by 2020, with over 1,000 new enterprises created this year alone. The government’s development plans have a strong emphasis on developing innovation capabilities and encouraging startup development,” Similä said.

Jaan Puusaag, an Estonian businessman and the chairman of construction foams manufacturing company Krimelte, agreed that it may be a good time to conduct business in Vietnam. He recently visited the country in the business trip organised by the Estonian Chamber of Commerce and Industry. “There were four companies presented from Estonia. Two were looking for suppliers and two considered entering the new market. It is clear that the Free Market Trade Agreement between the EU and Vietnam is one of the main reasons why this country is becoming attractive for us,” he said.

According to Puusaag, local businessmen have told their market is approximately 15 years behind the Chinese market. “Companies who were late for Chinese ‘gravy train’ have now good opportunity to buy ticket for the ‘gravy train’ to Vietnam. It is interesting for us to see how construction market is doing there. And the first impression is very positive since this sector in Vietnam is booming and the country has a very modern look.” 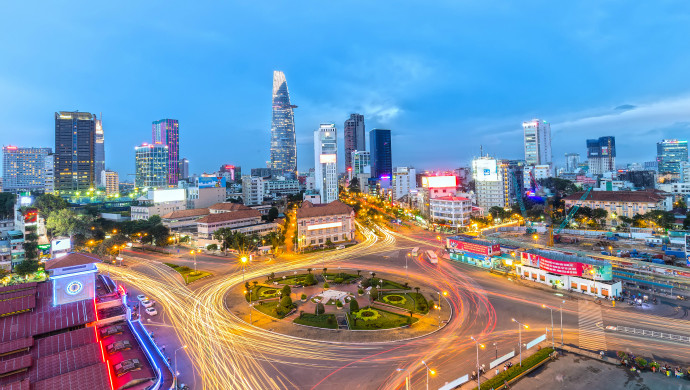 The market in Vietnam is huge for such a small country as Estonia. The population alone is 96 million people there – the equivalent of 20% of the total EU population.

“I encourage other Estonian companies – and not just the IT sector – to look in the direction of Asian countries,” Puusaag said. “Although there are two main challenges – first is the language barrier and the other one is the difference in mentality. Luckily there are already several Nordic entrepreneurs who are active in Vietnam, so it is easy to learn from them. There is also a big organisation called the Central and Eastern European Chamber of Commerce in Vietnam. It can give practical and hands-on help to companies who want to start business there,” Puusaag added.

He also shared an intriguing fact from his own observations – several entrepreneurs from the EU countries, who live in Vietnam, are interested about the Estonian e-residency. “It just helps operate a business globally, so it should be considered as a global business tool.”

Marko Seppä, a businessman from Finland, confirmed this observation. He now lives in Vietnam as part of the IPP team and applied for the e-residency symbolically on the Finnish Independence Day. “I applied for the e-residency out of professional curiosity, but I believe that it could also be a pragmatic tool for Vietnamese entrepreneurs to do business in Finland, the EU and beyond.”

Vahur Orrin is a communications consultant.