Despite having a population of just 1,300,000 – just a sixth the size of London’s – the tiny Nordic country of Estonia has more business start-ups per head than any other country in Europe. So what can other aspiring European entrepreneurs learn from their successful counterparts to the North? 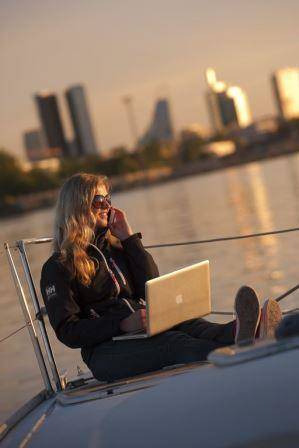 It’s hard to imagine the British prime minister finding time to tweet proudly to the wider world about the UK’s start-ups. But for Mr Toomas Hendrik Ilves, tech-savvy president of tiny Estonia, it’s business as usual. So when he tweeted a statistic from TED about Estonia having more start-up firms per capita than anywhere else in Europe, it came as no surprise.

The newly found confidence of young Estonian entrepreneurs is backed up by start-up accelerators and venture capitalists in London and Silicon Valley. They have been paying constant attention to a country that keeps on delivering good, successful and reliable start-up teams with really high performance and great ideas.

Indeed, it was the US venture capitalist Dave McClure who introduced the term “Estonian mafia” (or #estonianmafia as it’s known on Twitter) at the introductory day of British micro-seed investment fund and mentoring program Seedcamp in September 2011. This happened after he realised that among the 20 final contenders, there were no fewer than four very strong Estonian teams.

“In each incubation batch we had an Estonian start-up company. I started to wonder what was going on!”

Jon Bradford, the co-founder of British start-up accelerator Springboard, has the same impression: “In each incubation batch we had an Estonian start-up company. I started to wonder what was going on!”

So what is going on? And what can start-up companies in other European countries learn from the Estonian way of starting a business?

1. Use adversity to develop your business

Many believe that starting up a business at a time when things are at a low ebb economically forces them to create more self-reliant, sustainable – and in the longer term, more robust – businesses.

For Estonia, this low ebb lasted for decades. The older generation of entrepreneurs learnt how to be inventive and either make things themselves or repair them during the harsh years spent under Soviet rule. Meanwhile, the service industry was more or less non-existent, and the domestic market for consumers was both small and relatively poor.

This self-reliance has, over time, become a blessing. Estonian entrepreneurs pride themselves on the ability to get on with things and be inventive whatever the conditions. There is a pride in being sensible with money, and this means they can live modestly while they invest time in developing their business.

2. Learn from others’ success stories

Talk of the current Estonian start-up expansion, both within and outside its borders, invariably comes back to one magic word: Skype. Although set up by two Scandinavian entrepreneurs, its software was developed by four Estonian programmers. In fact, it still has one of its main offices in Tallinn – this has become a base for learning new skills and inspiring new ideas. “We gained a great insight on how to launch a great global product and it created a feeling that we can create big things in a small place,” explains Taavet Hinrikus, Skype’s very first employee and now a serial entrepreneur, running his own start-up, TransferWise in London.

“We gained a great insight on how to launch a great global product and it created a feeling that we can create big things in a small place.”

Even this philosophy of learning from a successful mentor company was taken from closely observing neighbouring Finland – Estonia’s key commercial, cultural and political partner. In Finland, many start-ups picked up strategic tips, expertise and skills from Nokia, the great Finnish success story of the 1990’s and 2000’s. Indeed, in Skype, Estonian commentators noted that they had finally “found their own Nokia”.

Another famous name is gaming software development company Playtech, now headquartered in the UK and constituent of FTSE 250, but with its largest development centre still based in Estonia. Both Playtech and Skype also provided many young Estonian programmers and software developers with share options from the start – which meant that when, for example, Skype was later sold to eBay and subsequently to Microsoft, many gained seed capital to start on their own.

3. Think big right from the beginning

One of the main reasons why Estonian start-ups actively look abroad is simple – the home market is so small that only businesses dealing with primary needs and utilities can do considerably well. As the former head of Skype Estonia, Sten Tamkivi explains: “I believe the core essence of the so-called #estonianmafia (to use its Twitter hashtag) start-up phenomenon is similar to the magic any budding start-up strives for: how do you turn biggest weaknesses to a surprising competitive advantage? Believe me, we’ve had enough people who have moaned how having a market of just 1.3 million people, our location, weather or weak post-occupation economy of the 1990’s prohibited us doing anything grand. On the other hand, our tech sector, mainly in software and the internet, believes being small is an advantage: It’s not about manpower, it’s about finding creative, effective and innovative solutions to a problem. Being small is not a disadvantage, it just means that you need to think about exporting products right from the beginning. To put it simply, the question “What do I have to contribute to the big diverse world?” is incorporated deep in your company’s DNA. “Look at the impact that the first four Skype engineers, sitting in Tallinn, had on the world today.”, says Sten.

“Being small is not a disadvantage, it just means that you need to think about exporting products right from the beginning. To put it simply, the question “What do I have to contribute to the big diverse world?” is incorporated deep in your company’s DNA. “Look at the impact that the first four Skype engineers, sitting in Tallinn, had on the world today.”

The fact is, Estonian start-ups plan for market expansion – be that global or into neighbouring territories – from the outset, which also involves as much research as possible to find out beforehand what the potential clients would want, and to make the product as relevant as possible. Again, they don’t have the luxury to waste resources to come up with half-baked products. Taavi Raidma, founder and CEO at CrowdIPR, crowdsourcing platform focusing on intellectual property services with offices in London and Newcastle, argues that he’s noticed more “irrelevant apps and products are brought into market” in the UK because of this lack of initial rigour and research.

Despite the difference between the domestic market sizes compared to larger European countries, young Estonian entrepreneurs reject the notion that aspiring start-uppers in the UK, France or Germany shouldn’t think globally from day one.

“In Estonian start-up circles it’s natural to look beyond our borders and to try and develop a globally attractive product from day one.”

“In Estonian start-up circles it’s natural to look beyond our borders and to try and develop a globally attractive product from day one,” says Taavi Raidma. “In large markets like the UK, there is this danger that a more comfortable, domestic-market orientated approach is taken and therefore the business model, product or service will not become flexible and sustainable in the global marketplace in the long term”.

Estonian entrepreneur and youth coach Harald Lepisk claims that although, on the surface, it may seem that young Estonians have more motivation to become entrepreneurs than for example, their British counterparts, in reality this is not necessarily the case. “I think that sometimes people in the UK don’t fully appreciate the amount of opportunities available. First of all, the number of potential clients, business partners and investors: Estonian start-uppers have to either extensively travel or move to London to take advantage of those opportunities; yet for the British it’s more or less on their doorstep. And secondly, it’s very easy to travel anywhere in the world from the UK, thanks to the great flight connections.”

Harald is based in Estonia, but just recently visited the UK as a coach for young people – that’s exactly what he does: motivating young people to start believing in themselves and become more pro-active in shaping their own lives.

4. Know how to network

Of course, there’s one advantage of coming from a small country: most of Estonian start-uppers know each other, exchange information and ideas and generally stick together – there’s a real sense of shared excitement and common identity. Taavi Raidma suggests half-jokingly that perhaps the aspiring entrepreneurs around Europe should form their own version of the “#estonianmafia” movement.

But this idea of knowing who you’re dealing with also applies to investment connections. As co-founder of Estonian software development company Mooncascade, Priit Salumaa has claimed, there’s a lack of so-called ‘smart money’ in Estonia. This makes assessing the contacts of suitable partners second nature to Estonian start-up firms, clients and suppliers, and their venture capital partners alike.

“There is a rule that when looking for an investment; the money must be accompanied by competence – and by competence we mean in the field they are launching in. As well as this, and perhaps even more importantly, they must have contacts.” Compared to Estonia, the UK and especially London is much better placed, when it comes to this.

Harald Lepisk also points out other advantages the Anglosphere has in the start-up world: “Obviously the language means there’s no extra cost for translating anything. There’s also a greater pool of potential employees and team members in the UK, including large number of very good specialists.”

“A reason why so many young Estonians set up their own company is because there’s a lack of exciting jobs available where they are. If you take the successful Northern European countries out of the equation, this is now also the case in many countries known as “Old Europe.”

Lepisk finds one surprising parallel between tiny Estonia and some of the more deprived parts in Europe. “A reason why so many young Estonians set up their own company is because there’s a lack of exciting jobs available where they are,” he says. “If you take the successful Northern European countries out of the equation, this is now also the case in many countries known as “Old Europe.” For those, entrepreneurship would provide a new exciting venture and a meaning to their lives. And there’s no reason why the continent which gave the world so many inventors, shouldn’t produce people who are proud of their IT-credentials and have a global approach.”

Journalist and media entrepreneur Sten Hankewitz, now London-based, points out that although Estonia is well known for its liberal economic policies, setting up a company in the UK is actually easier and less costly than in his native country: “You can create a company with £1 capital here, vs. about €2,000 in Estonia. Liquidity aside, here you don’t have to have capital to register a company. You only need an idea.”

The initial idea; a responsible, far-sighted growth strategy; homework and research; cultivated connections and mentors; and a policy of learning from those who have made it work. Put like that, it sounds obvious. But sometimes we all need outsiders to show us what’s hidden in plain view.

This article was first written by Silver Tambur for the UK business magazine Business Sense.