It took nine years of detective work to finish a documentary about Ahto Valter, the first Estonian to sail around the world; this layered story about a hero from a past era takes the viewer on a journey through time.

Ahto Valter (1912-1991) was the first Estonian to sail around the world under the flag of his country. In 1930, his brother Kõu and he crossed the Atlantic Ocean (Tallinn-Miami) on a 26-foot motorless sailboat. From 1930-1933, he sailed across the ocean five times with his brothers Jariilo and Uku as his companions, among others.

He moved to the United States in the 1930s where he worked to propagate nautical tourism and as a marine inspector. From 1938-1940, he took his son, wife and a few other companions and sailed a boat built in Estonia and sailing under the Estonian flag around the world – from New York to New York. 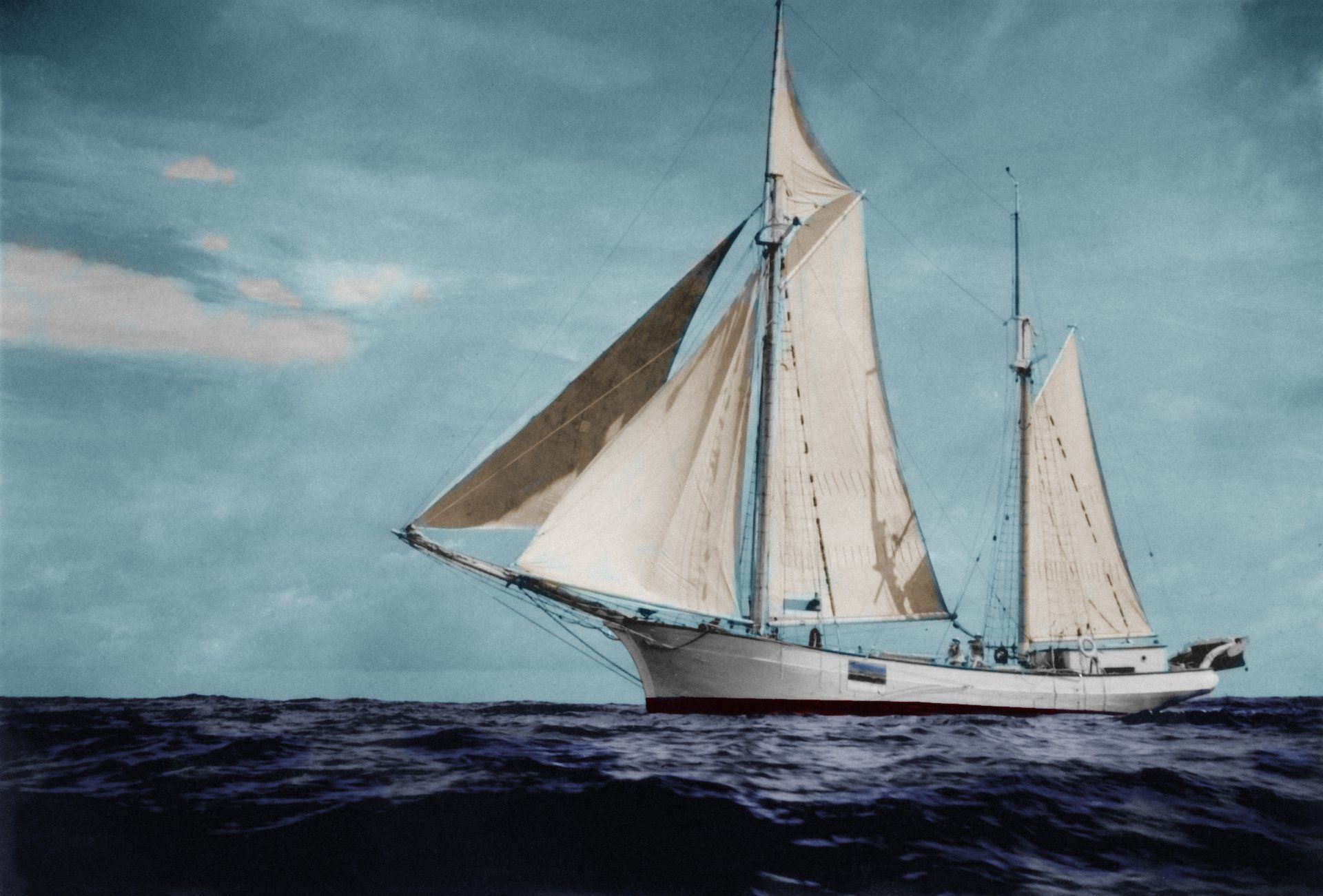 An untold story inspires a documentary

About nine years ago, the documentary filmmaker, Jaanis Valk (39), happened to read a book about Valter. He found out he was the first Estonian to sail around the world and he did it even before the Second World War. “I’m a history buff, but this was new information to me,” Valk admits.

After that, he started investigating what happened to Valter and whether it was material for a documentary. “I was most drawn to the fact that Valter’s story is untold to this day. He was forgotten because of the years of occupation in Estonia. Many don’t even know who he was or that he existed,” Valk says.

The film includes material gathered in the United States, Canada, Australia and South Africa. “These have been years of intense detective work for me,” the documentarian says. 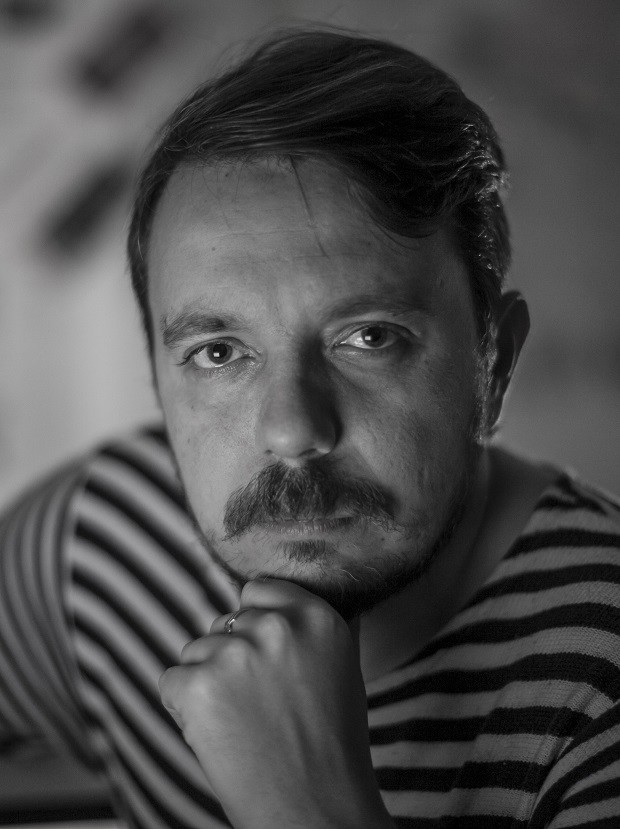 The first year and a half were spent figuring out if there even was enough material about the sailor in existence. “During the First Estonian Republic (the Republic of Estonia before the Soviet occupation; there is no ‘First Republic’ of Estonia – editor), people talked a lot about Valter. When he was 17 years old in 1930, he took a tiny boat from Paljassaare Peninsula in Tallinn to New York. But there wasn’t any material about his trip around the world in Estonia,” Valk notes.

But then, some unique footage came to light in Canada and the documentary team knew it was possible to tell the story. “I found out there was film footage of Valter in the film archive of the Republic of South Africa. But from the moment that I got in touch with them, it took nine months to actually get the material. It would have been a real shame if that footage had been missing from the film,” Valk says.

He found out about the footage in South Africa through a diary kept by one of Valter’s travel companions, which described their arrival in Africa and how a cameraman came on board. “The diary named the title of the chronicle. If it hadn’t, we would have never found it because the title had nothing to do with Ahto or Estonia.”

Valk gives another example of his detective work. “Ahto’s son, Ted, sailed around the world when he was 14. In an interview, he says his godmother was Australian, he was christened in Lagos and his godmother’s father was the Australian Chief Justice.” He found a professor at a university in Australia who had done research on that judge. With his help, he found Ted’s godmother’s descendants and they had some photos he previously didn’t know existed. “These kinds of tidbits of a conversation or facts are the type of things that helped lead one thing to another over the years,” Valk explains. 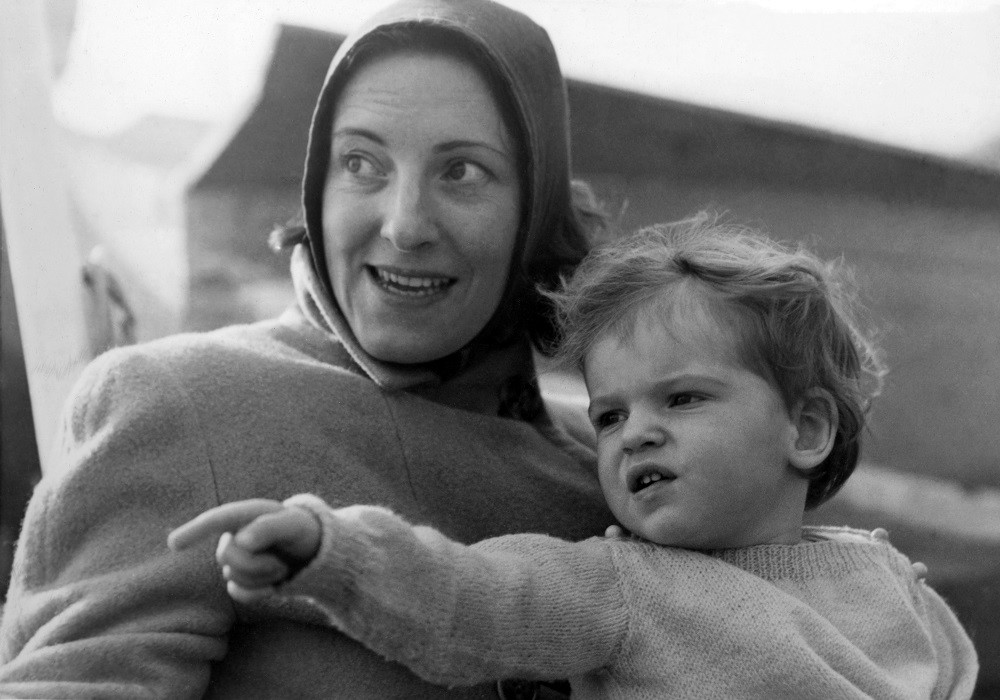 The documentary is about stories from two different eras: one story is told through the diaries of Ahto’s father, Rudolf, and the other through Ahto’s own diaries. Rudolf talks about his family and Ahto growing up, while excerpts from Ahto’s diary describe his trip around the world from 1938 to 1940. One story starts where the other ends and they are tied together by a father-son relationship, the story of a family, societal changes and the war that broke their family apart.

“I decided on an atypical approach to my documentary – I used parallel editing because of a sentence Ted said. He said his father always lived in the present and the future but never in the past. I wanted to use Rudolf to show Ahto’s developing years and who he finally grew up to be,” Valk says. “This isn’t just Ahto’s story, it’s also the story of an era. We are talking about a time when a whole lot was happening in the world. When one era ended, another one began. That’s the story of World War Two and how it broke up families.” 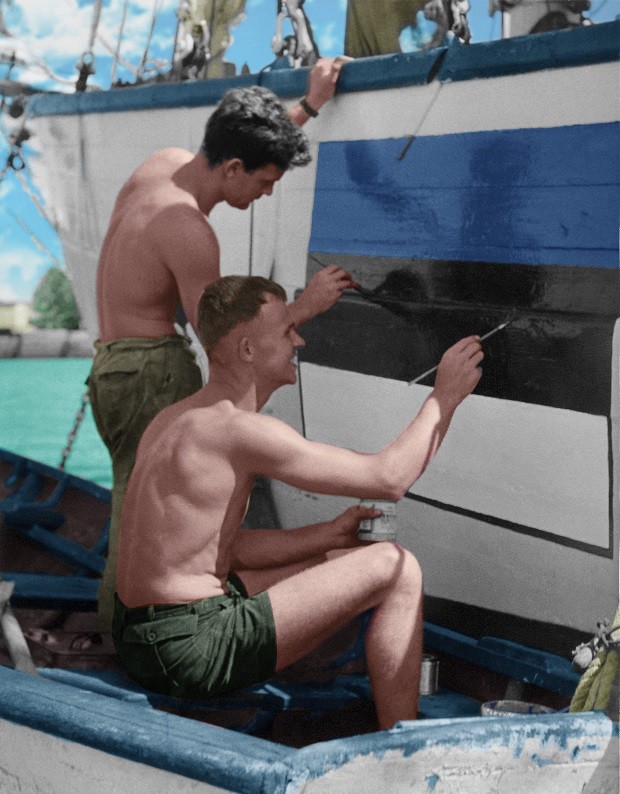 The film shows us the restless spirit of an adventurer, his chase after a dream and his sadness. During one of his adventures, the Second World War started along with the catastrophe it caused. We hear about the hard times through his father Rudolf. On purpose, the only “talking head” style interview in the film is Ahto’s son Ted.

Valk remembers his meeting with Ted was sad in a way. “I never heard my dad talk in Estonian,” Ted said unhappily and explained how sad it made him to never have had the opportunity to meet his grandparents.

The footage from the 1920s to 1930s shows a type of Estonian negativity. We see the young, enterprising Ahto get rejected from the yacht club and how he gets recognition abroad sooner than he gets it at home. That’s an attitude we still haven’t been able to shake, Valk admits.

“It does bother me that we don’t know how to support our thinkers or innovators here. But as soon as they’ve come up with something – whether that’s Skype or the Minox camera – we beat our own chests and say they are made in Estonia. We should improve our ability to recognise people who do things with a sparkle in their eye. Who cares if they’re not successful right away? At least, we are ethically in the right later when we call their achievements Estonian,” Valk says.

He gives a specific example of this with Ahto’s attempts to get funding for a boat motor from the Cultural Endowment. His application comments read, “We were unable to inform him of our negative decision because he had already left for America.” “Ahto couldn’t wait to find out if they would fund him or not. He had a restless nature,” Valk notes.

Even though the documentary is focused on Ahto and his trip around the world, the film sheds light on the whole untraditional Valter clan – Ahto’s brothers were also sailors and travellers who searched out foreign lands and didn’t want to stay behind in Estonia.

Valk says there’s enough material for a film just about Valter’s brothers. “Jariilo Valter married an Italian woman who he met when he fell overboard in the Mediterranean Sea and the woman saw him and saved him. He later married the same woman,” he says. “Kõu saved a whole lot of Estonians by taking them West on his boat when the Soviet Army invaded. He later fled to Sweden, then the United States with his wife and children.” 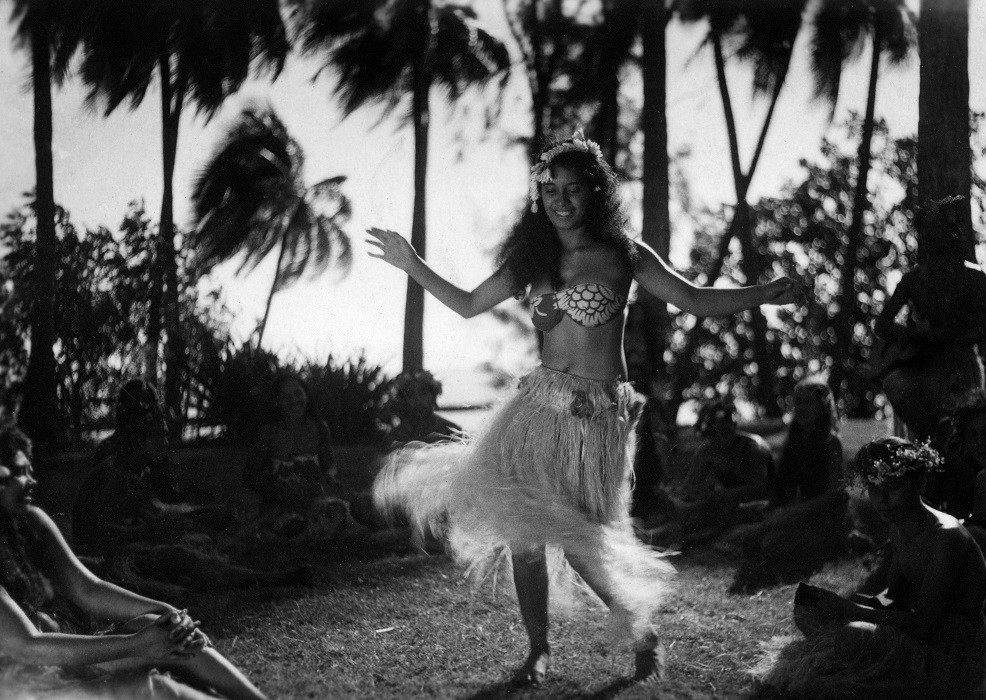 But when asked what kind of a person world traveller Ahto Valter really was, Valk falls deep into thought. “He was a restless dreamer. Estonia was too small for him. Not because of the regime or the people, but just because you find yourself stuck at a certain point. You want freedom and discover that your sails will give it to you. Out at sea, he felt responsible for his own actions and independent of anyone else’s decisions. That was his biggest reason for sailing,” Valk says.

“But if you are asking about Ahto’s personality, then, goodness, I don’t know. I can guess, and I’ve tried to do that in the film. But who knows what the truth really is.”

Katariina Rebane is an Estonian screenwriter and journalist.