We at Estonian World were amazed to recently learn that of all the places, there’s also a large following for Arvo Pärt’s music in Iran. We were pretty fascinated by this fact, and when we came across to Arman Noroozi, a composition teacher in Tehran and a massive fan of Pärt’s compositions, we took up an opportunity to chat with him about Pärt’s music through an Iranian perspective.

We were quite surprised to find out that Pärt is being listened in Iran – being an Islamic country, how is it so that the composer whose many works are influenced by Orthodox Christianity is so well perceived in your country?

To be honest, the Iranian intellectual class doesn’t really care about the religious differences. Actually they don’t listen to the music as a religious phenomena but just as a musical piece – the text really doesn’t make a special case for us when it is religious. Frankly, people like the music in its absolute nature in Pärt.

What brought you to Arvo Pärt’s music?

I’ve listened Pärt for almost 12 years. He was introduced to me by one of my teachers when he saw one of my pieces having the character of Pärt’s music. He suggested I should listen to his music. 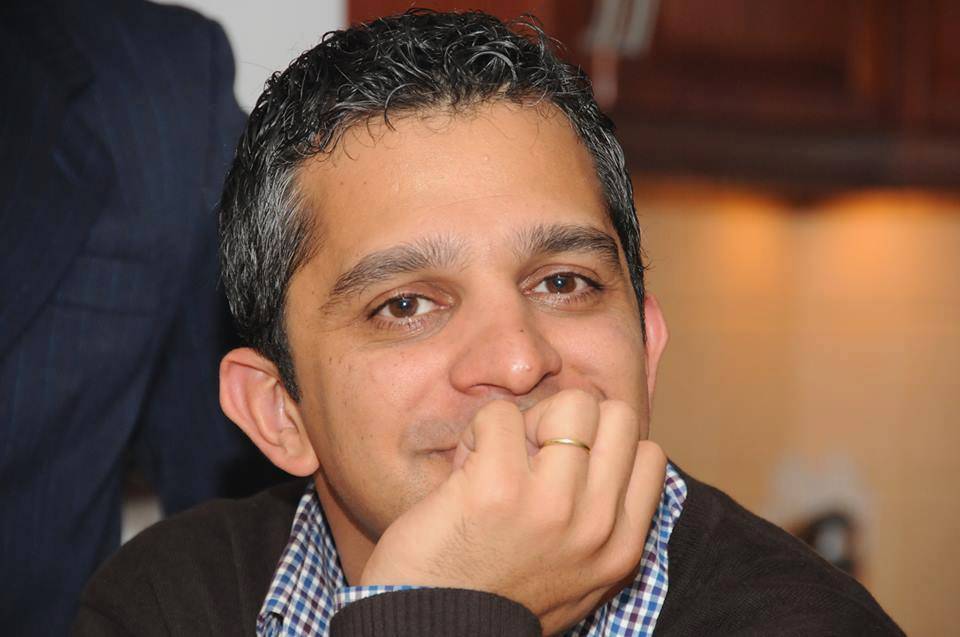 The most important feature of Pärt’s music seems to be the style of his composition, which closely relates to the style naturally followed in Iran – the modal and mainly centric approach. The other important side could be the minimalistic style, which has its very roots in the east, mostly in India and also in Iran. This makes it so comprehensible and meaningful for the Iranians as our poetry is full of such minimal sides.

Music is an art form whose medium is sound and silence. This concept of silence has a deep and very important root in Persian culture, specifically in music – and that is also what we could find in his music.

The very introvert attitude in the Iranian artistic background could be another reason which makes Arvo Pärt’s music so close to us – most of his works don’t have any massive bursts of sound which makes it pleasing to the ear.

You mentioned us that your music students also listen to Pärt…

The students not only listen to the music but also perform it. They hand the scripts to one another and perform the pieces. Unfortunately there aren’t really many of his scores here but they find it somehow.

Throughout the Soviet Union and many other former communist countries, so-called “formalist” music was banned. Formalism in this sense meant music which was overly concerned with musical structure and technical innovations rather than the preferred direct, allegedly relatable approach of socialist realism. In contemporary Iran, is Pärt’s music acceptable because it is more concerned with humanity than formalism (albeit a spiritual human connection rather than socialist realism)?

I can’t really comment on that as it needs research but I believe more than anything, the tranquillity, the simple tonal approach, the minimalistic style and the total calmness in his music fit our taste most. 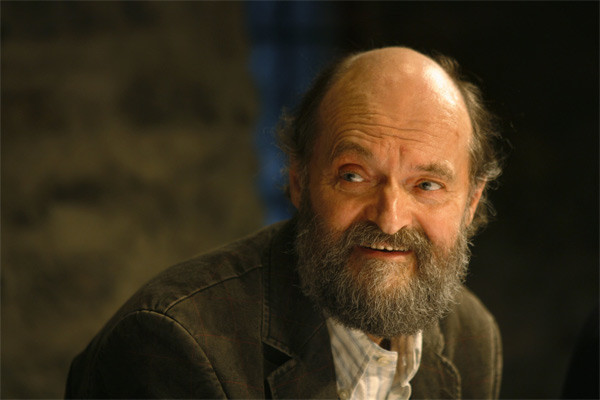 Iranians are not really much in contact with the mainstream music (in the classical style) going on in the west. So this might be a good point, as it makes Pärt’s music appear closer to the real humanistic aspects governing universally. On the other hand it might not be so good since this remoteness might have limited the people’s access to the other trends going on in the west to compare or even compete with Pärt’s music.

The issue of formalism is out of the question here as for the ruling government, the only approach is “limit any musical sound as much as you can”.

Iranian musicians have always been concerned with their own traditional and national music, but due to the tough limitations forced on musical education in Iran, there is very limited access to analytical and historical sources for musicians to learn music in an academic way. This makes the musicians and composers do more experimental attempts than use learned methods and techniques. This usually roots in very superficial interpretations of western composers, although the new generation is getting more in touch with the sources and there are lots of young musicians who have travelled to the west to study.

I as a composition teacher have given suggestions to my students for having a new approach to music composition based on Pärt’s techniques, such as tintinabuli, and I have suggested them to consider the value of silence in his music and the way Pärt discards emotionalism and creating fake excitement. This is not really easy since the musical structure and even the modes and the intervals in our music are much too different from the West’s.

How popular is traditional Persian poetry in modern Iran?

Very, very popular, you can say that every Iranian is a poet! Poetry exists in everything we do. There are lots of poetry nights (so-called in Iran) in people’s homes (and actually these usually include performances of traditional music, too).

In Persian culture if you intend to prove yourself right about something, a verse of poetry might be enough. I mean, it would sometimes be enough jus to say, “as Hafiz says…” Then your word would be accepted.*

Most of the Ideology, philosophy and satire is in poetry. So you might get an idea how much it counts in our daily life.

How wide is Pärt’s audience in Iran in your opinion? Is it restricted to just very specific circles or is his music widely available?

Almost over 60 per cent of the classical music lovers and more than 90 per cent of modern music lovers know him and listen to his music. There are specific shops selling CDs and Arvo Pärt’s CDs are the ones almost always on the shelf.

Our view about Iran in the West is somewhat constrained. What would you say is the general perception of Western composers from your country’s point of view?

If you mean classical and artistic music, I must say the only halal (allowed by the Sharia law) music is classical music. But honestly, people don’t really care about the government and the ideology – this is especially true among music lovers. There is a great deal of respect towards Western composers, although some of this respect comes from the remoteness of the concepts in Western music and in the way music is composed since there is a great deal of difference between our music and yours. This is even more interesting when you know how much the government is against the music spreading, but people find their way through all the bulk of pop music and other non-artistic styles.

How is music generally listened to in Iran on these days? Massively downloaded via the internet like in the West – or good old CDs?

Honestly, copies are more common for two reasons: 1) the internet is too slow and this makes it hard to download, and 2) CDs are very expensive due to the bad economic situation. Music lovers have computers full of MP3 files of music. Lots of gigabytes.

How frequent are orchestral concerts in Tehran?

Wooh! That’s a sad, tough question. The previous government with all its extremist and fundamentalist ideology destroyed the Tehran Symphony Orchestra.

I can’t tell you how depressing it was for us, but the good thing that happened was that small ensembles and orchestras were made by young musicians usually practicing in basements, underground studios and some cultural centres. This has created a completely new era in our music history since the groups have their own tastes in the choice of repertoire regardless of the ideas and pieces imposed by the government prior to this. They perform pieces composed by the new generation composers and modern music of the West. 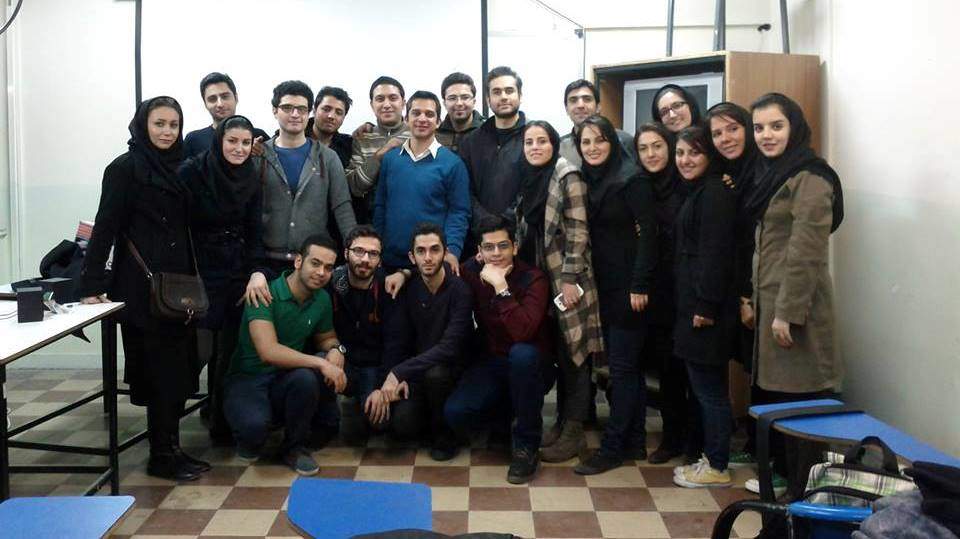 There are three months in a year when performing music is forbidden due to religious matters (long story!). It is not easy to get a permission to perform music, and the concert halls demand a high price for each night of performance. This makes on the average of one performance a month, maybe! This is just in Tehran, in other provinces the story is different – it is much less than that.

Finally, what is your favourite piece of work by Pärt?

* Hafiz or Hafez was a Persian poet. His collected works composed of series of Persian Literature are to be found in the homes of most people in Iran who learn his poems by heart and use them as proverbs and sayings to this day. Cover: Arman Noroozi (in the middle) with his music students. Photos courtesy of Arman Noroozi.

Silver Tambur is the founder and Editor-in-Chief of EstonianWorld.com. Adam Garrie is EstonianWorld's author and correspondent in London.

1 thought on ““Arvo Pärt’s music is so close to us, Iranians” – interview with Arman Noroozi, a composition teacher at Art University of Tehran”