Known in the United Kingdom, Ireland, Australia and Canada as “Pancake Tuesday”, Estonians celebrate Shrove Tuesday or Vastlapäev instead – and tons of buns with whipped cream are consumed.*

As elsewhere, this movable festival is determined by Easter and originates from the Christian calendar. The expression “Shrove Tuesday” comes from the word “shrive”, meaning “absolve”, and its meaning was to make a special point of self-examination by Christians – of considering what wrongs they need to repent and what amendments of life or areas of spiritual growth they especially need to “ask God’s help in dealing with”.

As Estonians have never been particularly religious – Estonia was one of the last corners of medieval Europe to be Christianised in the 13th century – Vastlapäev has always been related to entertainment and anticipation of spring, instead.

Traditionally, people went sledging and danced in the evening on Vastlapäev. According to old beliefs, sledging was important – the longer the slide, the longer the stem of flax would be in the fields during the next summer. Slides were taken on a linen bag or a handful of flax, later on sledges and sleighs. 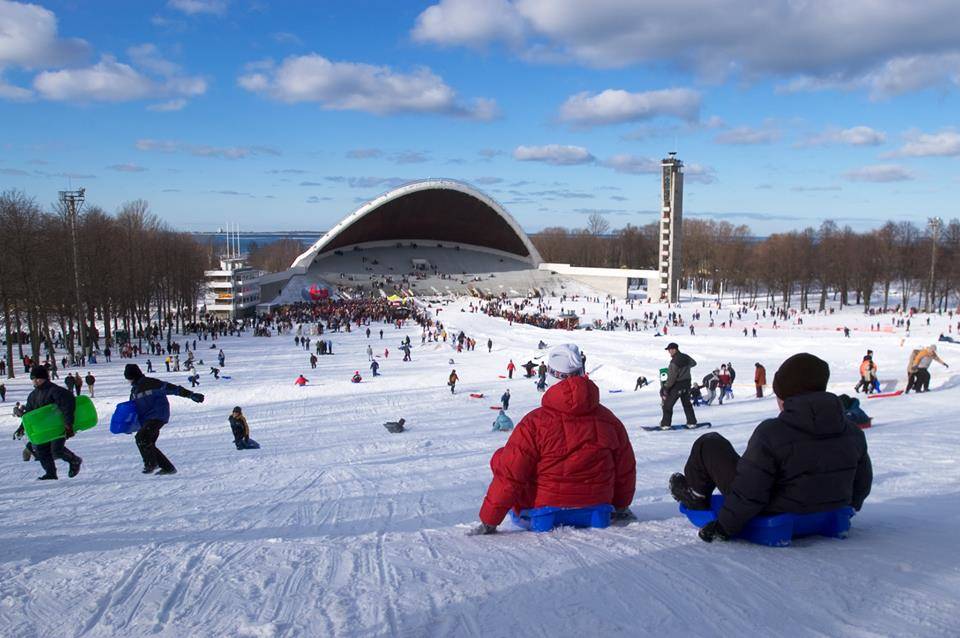 Peculiar beliefs didn’t stop there: it was forbidden to light a fire or to spin lamb’s wool; it was advisable and customary to comb and cut hair – and if that wasn’t enough, one was not supposed to lick the fat from the fingers and not to clean their face after eating fatty pigs’ trotters (pig’s feet). Apparently, this would protect one from being cut with sharp instruments.

But there was plenty of entertainment. Humming tops were made of bones of pigs’ feet and there were competitions for the best humming top. Vastlapäev was also a holiday for women: they went to inns to have a drink to ensure long flax fibres and it was customary to drink from the bottle to symbolise the length of flax.

As for the cuisine – well, it was rustic. The traditional food was a soup of peas and beans, and boiled pigs’ trotter.

On these days, sledges and boards are still used for sliding by children. As for the flax, it is very rarely grown in Estonia now – there is no longer any flax processing industry in the country. 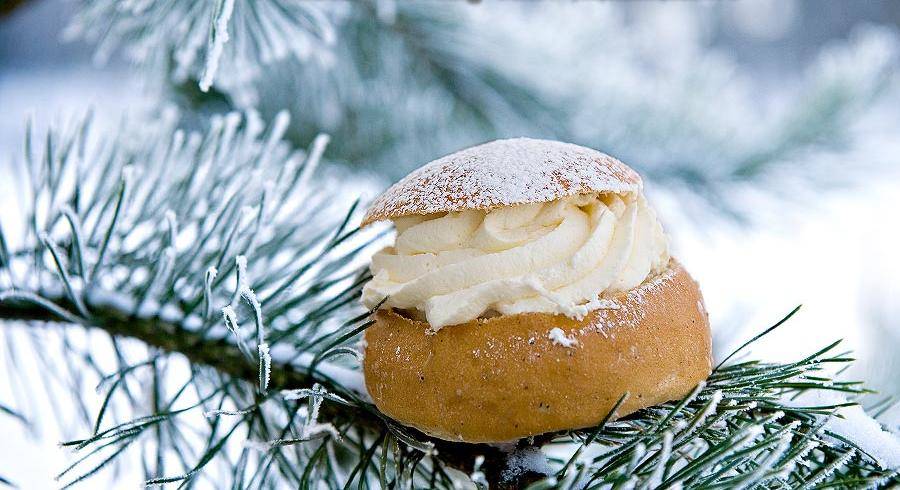 But there is one more modern tradition that still encapsulates both young and grown-ups on Vastlapäev – they all ingest tons of buns with whipped cream on this day.

Source: University of Tartu. Cover: Vastlakukkel (photo by Kaarel Mikkin). * This article was originally published on 9 February 2016. In 2021, the Vastlapäev is celebrated on 16 February.