Estonian World highlights four notable works from Estonian literature translated to English that will make a great gift to introduce Estonia to your foreign friends and family.*

Books by Estonian authors have been translated into many languages over decades. With all the possibilities of mail ordering and e-books, the options to obtain Estonian literature in most parts of the world is easier than ever. After all, next to living among the actual people, what better way is there to get to know the nation and its origin than to read its thoughts.

Here are a four authors and their books that would make a good gift idea for an estophile to be.

Andrus Kivirähk is probably one of the most varied authors in Estonia. His works include novels, theatrical plays, children’s books etc.

“The Man Who Spoke Snakish” is a phenomenon of its own. A masterpiece of a fantasy novel set in the times of far past, not long after the crusades, when most of the fighting has been overcome and new way of life starts to settle in. In a world where hunting, respect for nature and stories have been replaced by obedience, farming and Sunday church. The last man who can still speak with animals decides that some things are worth fighting for. He is looking for a way to pass on old wisdom, to keep it alive for the times when Estonians may have a need or a desire for it.

People as part of nature, co-existing with sensible respect rather than lording over it, was a cornerstone of the old beliefs and Kivirähk captures an amazing story of the fading time of legends. The old way of life is dismissed by most for a softer and relatively care-free life of servitude and obedience. The old knowledge is nearly forgotten, and a magic has almost faded away if nothing is done to preserve it.

A good gift to anybody loving fantasy but would also be a treat to an older generation that may have left their homeland decades ago.

This beautifully made book is a collection of Estonian folk tales. Short stories about the Heavenly Wedding, the Greedy Wolf, the Moon Maiden, the Singing Tree and other tales passed down through the times. 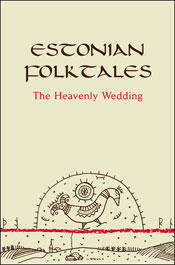 Fairy-tales can express the way of thinking like nothing else. Each nationality comes with its own history and temperament that results in a different way to dream, caution their young and make wishes. Legends passed on through the time show what people considered to be important lessons, what they feared and hoped for. Beyond being all metaphysical and a mirror to the soul of the nation, these tales simply make an enjoyable read.

This book makes a great souvenir from Estonia to a family with children or to an omnivorous reader, interested to learn about what yarn is used to make these strange creatures called Estonians. It can also be read to children as a bedtime story.

A difficult history meets the contemporary – “Purge” by Sofi Oksanen 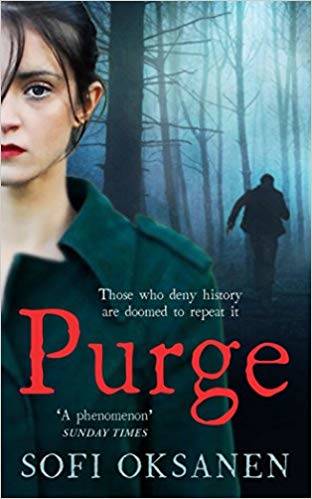 “Purge” by Sofi Oksanen, an Estonian-Finnish writer, is a more serious read. Two women and their lives meet in the fresh new world of the Republic of Estonian that has restored its independence. Aliide’s past and Zara’s present create an intense story or tragic family history, mistrust, fear and shame. The past and the present intertwine; the book depicts the hardest times of the Soviet occupation and newly liberated Estonia through two women and their past and present.

Oksanen deals with some heavy themes like sex trafficking, horrors of war and the ugly side of the human nature ready to use regime changes to personal advantage. She depicts the extreme things people are willing to do to survive and how to live with the choices afterwards. What does it even mean to make a choice when there are simply no good options?

“Purge” is a good reading gift for people interested in history and more serious topics. 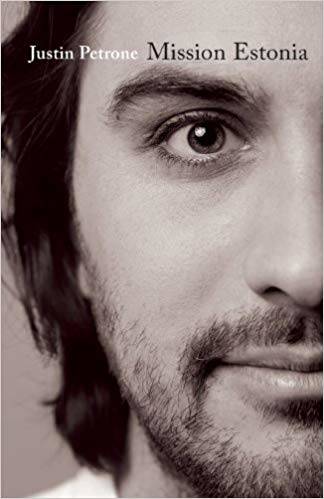 This book is a vivid picture of the life in contemporary Estonia through a person whose vision is sharpened by a different background. Justin Petrone was born and raised in the US but made his home in Estonia when he married a local woman. He learned the language, made his life and livelihood in an environment alien to him – and writes about the experience.

Such background gives him a perspective to notice and point out what makes this country and its people different. Stories include all the mandatory mentions of the meat jelly (sült) and sauna, cold winters, bogs and drinking adventures.

“Mission Estonia” would make a nice present and an easy read to a young person thinking of visiting or moving to Estonia.

Estonian literature makes a great gift, either to get as a unique souvenir from an Estonian or simply to introduce your country to friends or foreign in-laws and especially when you have children who might like to know the origin of Estonians. Most of these books can be ordered in paperback or e-book form from Amazon. “The Man Who Spoke Snakish” is also available as an audiobook.

What books have you found useful in introducing Estonia to foreigners? Share your thoughts with us in the comments!

Cover: A segment of the book cover for “The Man Who Spoke Snakish” (the image is illustrative). *Please note this article was originally published on 25 July 2018.