Frankie Animal are an exciting new band based in Tallinn, demonstrating their love of folk alongside some funked-up rock. They are causing quite a stir in Estonia thanks to the uniqueness of their sound, great musicianship and a distinctive powerful vocalist in Marie Vaigla.

The Uus Maailm festival in the middle of Tallinn is a weird experience for an English first-time visitor. With cake stalls, clothing sales and everything else you can possibly imagine, up and down the main Koidu Street; and then a music stage on a crossroad, it is like the village fête that, in England, we instinctively think we miss, but that we probably never had in the first place. A whole community pulls together; the whole of Tallinn migrates for the day to that quaint spot near the city centre. 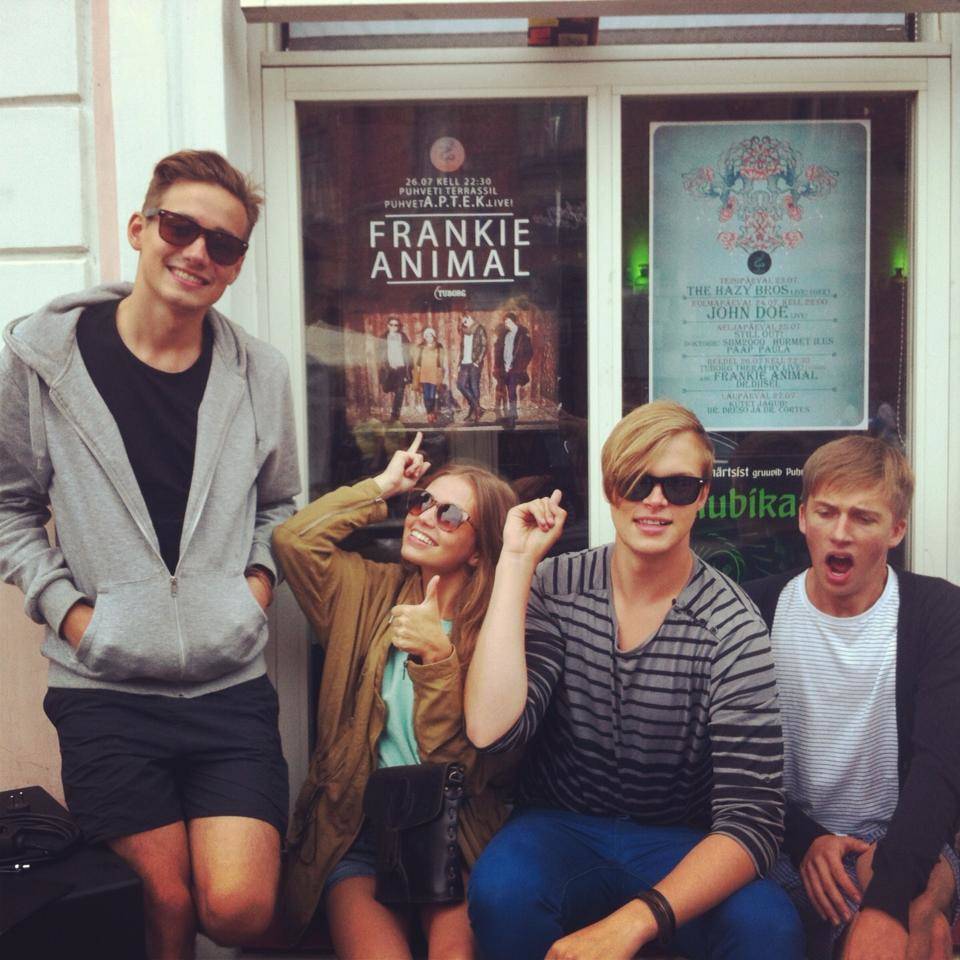 One of Saturday’s live bands, Frankie Animal, has that same retro vibe to its music. So convincing is the sound, in fact, that I bet I could play “Loveless Man“, one of the group’s recent online releases, to a stranger and convince them that the song came from 1965. When we met in Tallinn Old Town’s Must Puudel café, I put this to Frankie Animal’s guitarist, the lanky, outgoing Jonas Kaarnamets. “We listened to old sixties’ bands: Cream, The Stones, The Beatles. We’re trying to keep it contemporary while having a vintage vibe to it.“

Marie Vaigla, the group’s singer and musical focal point, interrupts at this point in her customary measured, quiet tone. “Actually, we were trying to create something new. Of course there are some influences, but we’re trying to create our own sound. We don’t yet know what we are; we’re searching for it.“ 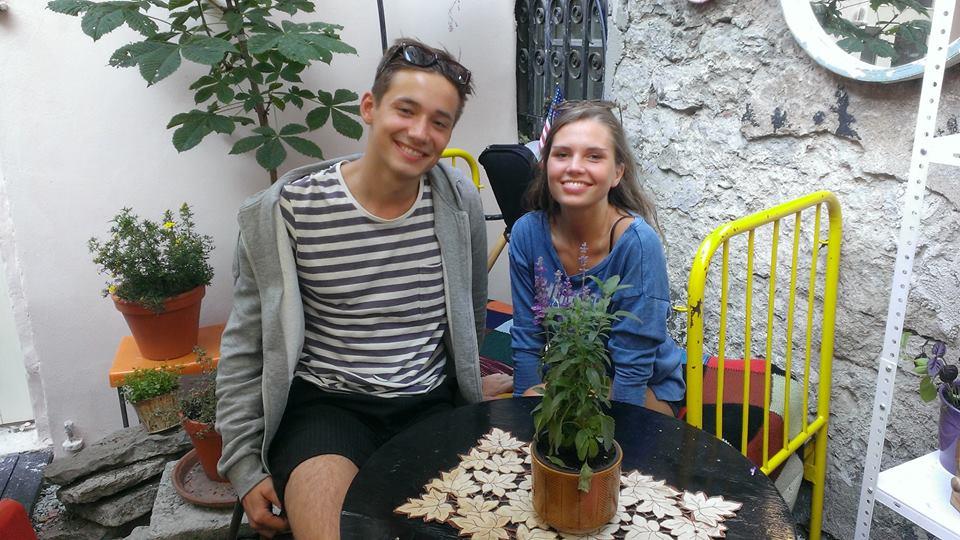 Frankie Animal’s members who all write songs together (usually with Jonas sketching out the basis of the song, Marie the melody, and all four members collaborating on lyrics, although this of course varies) are unafraid to pick up inspiration from anything and everything. “We watched ‘Walk The Line’,“ Marie explains, „and Jonas paused the movie, went to the other room, and said ‘I’ve got something’.“ “You just don’t know when it comes,“ adds Jonas, “I got that rusty, train-tracky feel Johnny (Cash) had — a bit of a lonely sound.“

The Soundcloud posts are a bit of a misnomer. Good as they are, the songs are atmospheric folk songs in the mould of Fairport Convention — but Jonas, Marie, bass player Jan-Christopher Soovik and drummer Karl Eerik Valkna can really rock. This is something evident in their live sound. Even with the below-average sound system of the Uus Maailm festival, Frankie Animal created an inescapable wall of sound, each instrument playing a part, with each musician showing quite prodigious skill. “When you’re playing for larger audiences, it’s important to have power in there,“ Jonas says. “At outside venues when the sun’s out, it can be quite hard to get people’s attention.“

“I got that rusty, train-tracky feel Johnny (Cash) had — a bit of a lonely sound.“

In spite of the vigour with which they played their set at the outdoor festival, Marie’s voice still acted as the eye of the storm and the focus of the crowd. She sang with heart-rending feeling, turning a leering, blokey garage-rock classic like The Black Keys’ “Lonely Boy” (the gender changed in this cover version) into a longing torch song that made the audience focus only on the stage, whatever they might have been doing beforehand. For such a young person, she sings with experience implied as if the troubles of the world are upon her. There’s versatility in the musicianship too — Marie’s 2013 Eesti Laul (Estonia’s Eurovision Song Contest local final) song, “Maybe“, courtesy of a dirty bassline from Jan, transforms from a light, fluffy piece of radio pop into a mid-tempo disco-funk anthem. I’m not exaggerating when I say Frankie Animal’s festival gig was one of the most impressive live performances I have seen, and it is miraculous, coming from a band which has two members (Jonas and Jan) who recently graduated from high school, and two others (Marie and Karl) who still have a year to go.

Every musician has dreams of writing, recording and touring for a living, but unlike some of their peers, Frankie Animal seem realistic about the prospects of this happening, as Jonas says. “It takes a lot of commitment; you know Ewert and the Two Dragons? I don’t suppose they’re rich, but they’re touring all the time and they seem happy with what they do, and we’d like to be like them. But first we’d just like to get the album out, hopefully in January.“ He shows a good grasp of how the music business operates, saying, “a song might be the best song in the world — it might be the new Stairway to Heaven — but without marketing it just won’t survive.“

Jonas will have the opportunity to increase his knowledge of the music industry while honing his songcraft at the Georg Ots Music School where he studies. Marie is unsure of where she wants to continue her education, but she has another year to decide. 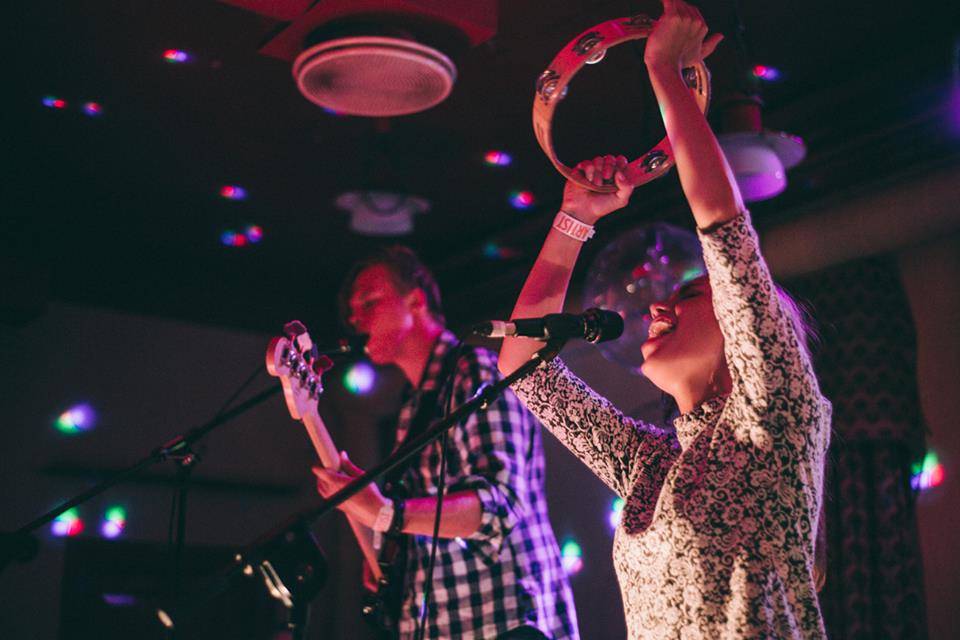 In response to questions about what he learns at the Georg Ots school, Jonas says, “I see it as a place to practice and get connections, it’s a good place to spend a year or two. It’s maybe…“ he pauses, “…not even so important to finish it — just to focus on it for a while, and if you feel you’re not getting anything from it, just leave.“ Had he met any alumni? “The guys who have graduated still hang out there; I think it’s a place that sticks with you.“

Frankie Animal had a manager before they had a band name or before they knew they were a band. Jonas picks the tale up. “He’s the father of our bass player. He’s really into it, he just does it because he loves it. He found us a rehearsal room in Tondi [near central Tallinn], next to a police station.“ Not being signed to a label, the band has had the luxury of honing a unique, inventive sound that takes inspiration from the past, without ever sounding tired, more of a homage to earlier music than anything else.

Inspiration can strike in the strangest of places. “Today we went to the beach,“ says Marie, “we took a guitar along. From the beach, you can get inspiration, and from the forest.“ Jonas continues the thought, “To get away and be in a relaxed state of mind, it’s quite important not to have in your head that you have to make a song — just to let it come. I’ve experienced some periods — sometimes you get good material for three or four days, and then sometimes a month will pass and you won’t get anywhere.“ Marie nods enthusiastically. “After Tallinn Music Week, it was ‘oh my God, we don’t have anything’.“

“I think some Estonian artists don’t take lyrics seriously — some of them sound cheesy. I think that’s one of the biggest problems with a lot of music.“

The three of us chat some more about other artists and it seems Jonas and Marie share a liking for the Estonian progressive folk band Odd Hugo’s debut album, having played a gig with them earlier in 2013. Jonas wishes them success internationally, along with Ewert and Two Dragons, saying, “it just takes one group to break through and show it’s possible to be successful from a certain country. But one problem is that in Great Britain, for example, a lot of people don’t know about Estonia.“

Marie says that “the biggest problem we have is the lyrics — it’s quite hard to decide what we should write about. We were watching a documentary about The Doors — this one guy said with poetry you have to create a whole world with one sentence, and I think it’s really hard to make a picture with your thoughts.“ “And not make it sound cheesy,“ Jonas adds. “I think some Estonian artists don’t take lyrics seriously — some of them sound cheesy. I think that’s one of the biggest problems with a lot of music.“ 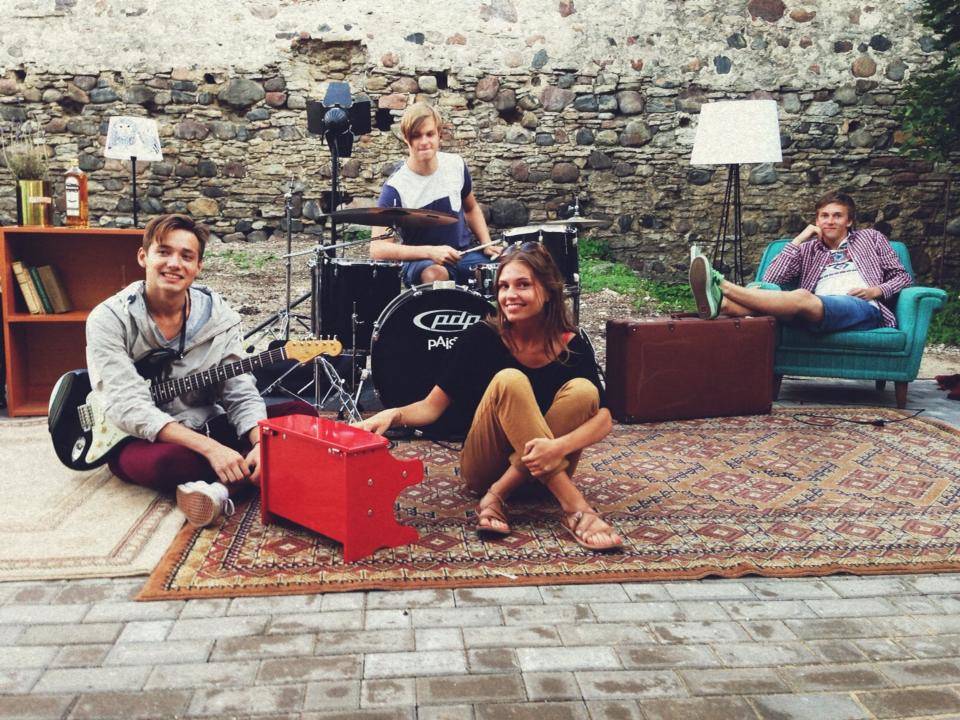 Frankie Animal are right to aim high — with the talent they possess, in such a young group, they potentially have a long career in which to hone their sound and decide in which direction they wish to take their music. As we finish our beers and watch the sun set, I ask the two friends whether they have an ideal live gig in mind. “You always hope for more — you play a festival with 1,000 people watching, and you think, ‘hmm, maybe next time 2,000, or next time 5,000’,“ Jonas says. Great dreams — for a great band.