The influential British newspaper called the third album by Estonian singer-songwriter Mari Kalkun a “gently mesmerising” and included it among the 2018 10 best world albums.

Back in June 2018, the Guardian wrote in its review of the “Ilmamõtsan” that “the result is a mesmerising record steeped in a sylvan atmosphere” and called the album “a magical creation”. “The songs are original but rooted in her homeland’s folk tradition, some entirely personal, like her farewell to her father, ‘The Snow’s Sleep’, others referring to environmental collapse or the mass deportations inflicted by the Soviet regime during and after the Second World War,” the newspaper said.

Beauty and an understated power

Separately, another British media outlet, the Arts Desk, also included Kalkuns’ “Ilmamõtsan” among the Albums of the Year 2018.

“The most immediate component is the pure, though commanding, voice. The melodies Kalkun sings are carried with apparent ease, yet they are sinuously unpredictable while instantly memorable. The arrangements seem spare but her accordion, harmonium, kannel (the Estonian zither), chimes, bells and sound-colour from a bone spinner lock together in a balanced latticework without becoming dense, even with some subtle multi-tracking and a contribution from brass instruments,” the Arts Desk said. “Any of the individual elements making up ‘Ilmamõtsan’ would be enough. Unified, they imbue ‘Ilmamõtsan’ with beauty and an understated power.” 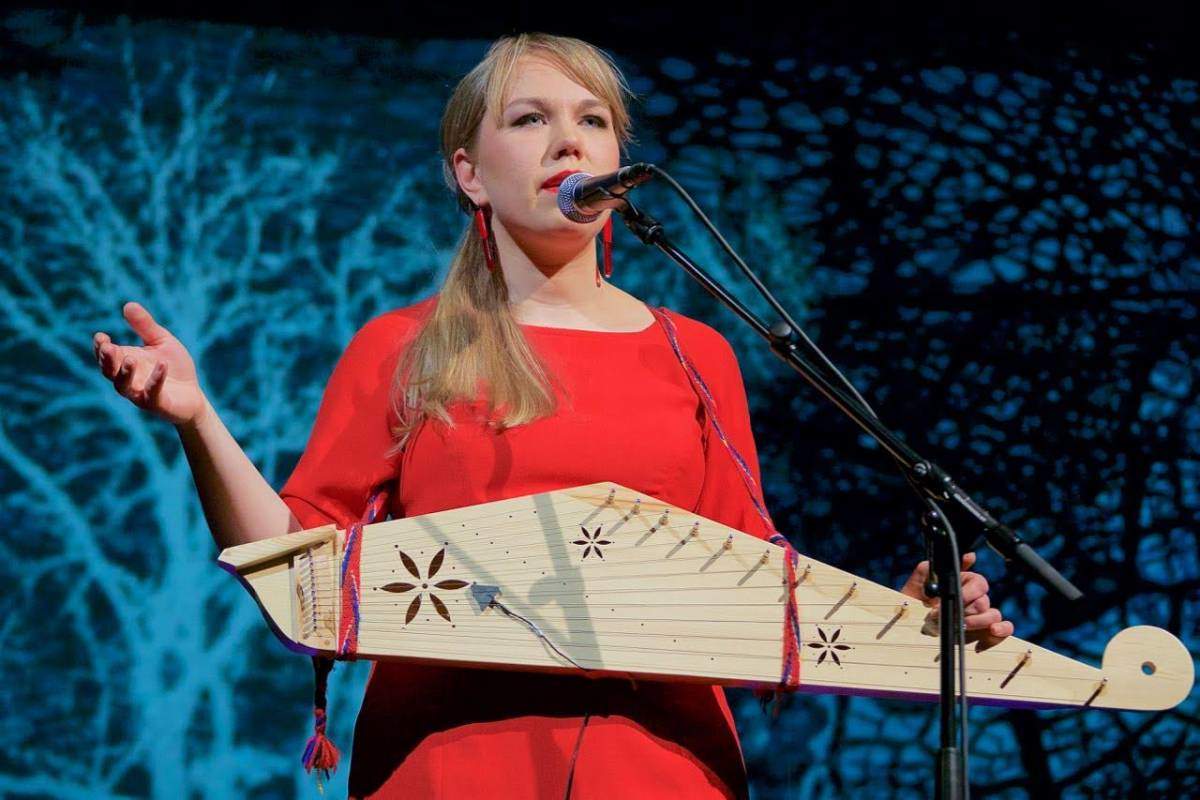 Mari Kalkun relies on her southern Estonian roots, singing in Võro dialect – “Ilmamõtsan” means “in the wood of the world” in the dialect. Her songs are inspired by nature, Estonian poetry and folk music. For making music and accompanying herself, she uses the kannel, the piano, the accordion and the guitar, but sometimes also pipes, whistles and various experimental instruments.

She recorded “Ilmamõtsan” almost entirely solo at her studio in her Võru county farmhouse.